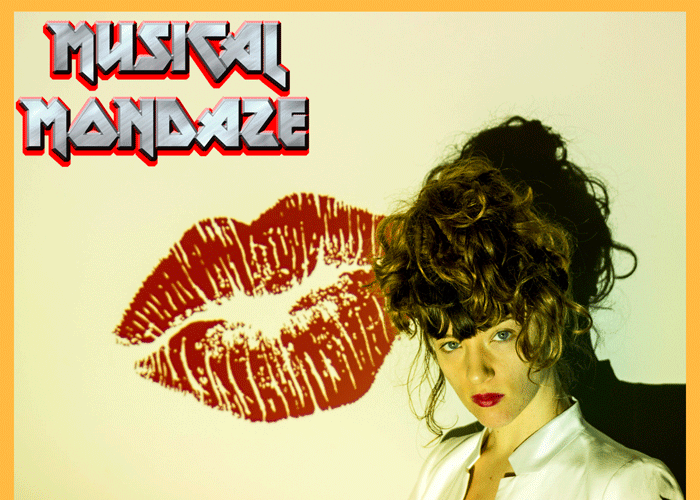 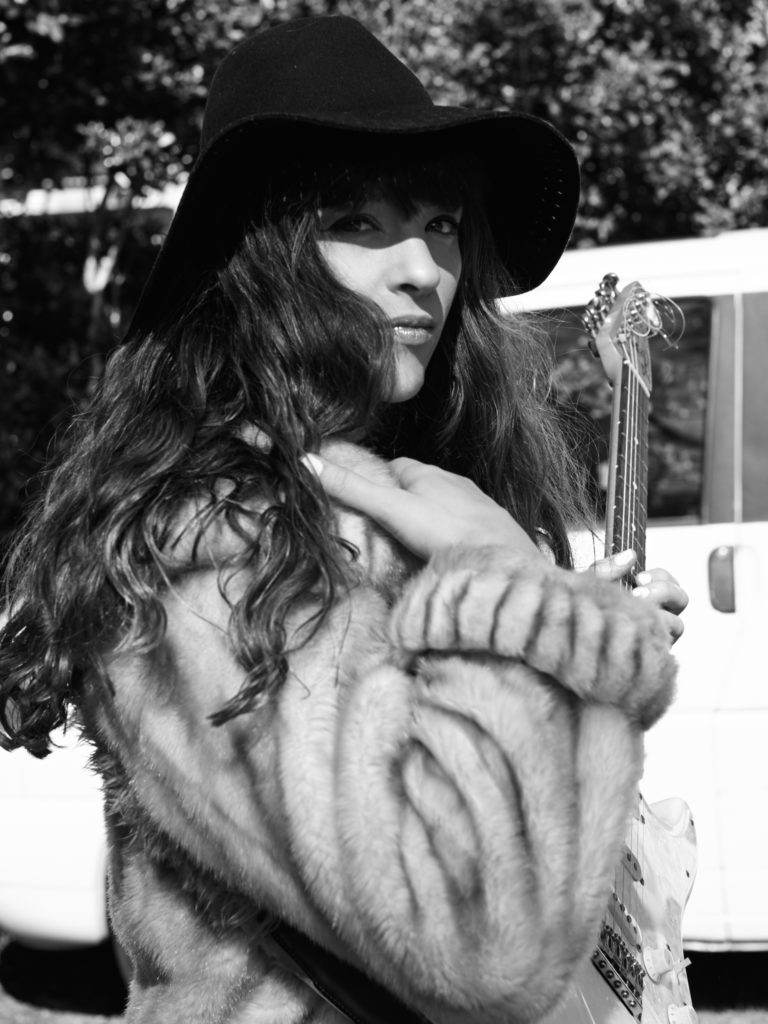 She’s got a unique sound, a badass rock name, and she can shred on a guitar in ways that will leave many professional string strummers jealous. Atlanta’s Chelsea Shag is quickly building a name for herself, and with her recent single “One Kiss” serving as a preview of her 2017 album to come, you’re going to hope that there’s more kisses like that on the horizon.

We recently sat down with Shag to discuss her upcoming album, her personal brand, and her dream to rock out in front of large crowds.

TrunkSpace: The new album is due out this fall. Are you currently still laying down tracks?
Shag: Yeah. We’re about to get the studio ready for me to come in and kind of knock it all out at once. Right now we’ve got four songs about 90 percent done and we’re planning around a 13 song album. That’s what I’m hoping for.

TrunkSpace: You recently released the first single, “One Kiss” off of the album. Will you continue to release material leading up to the album dropping?
Shag: Yeah. Definitely. We’re planning on a few singles coming out during the year and videos with those singles.

TrunkSpace: It does seem like the industry has sort of turned back to the dawn of commercial music with the way artists release single these days.
Shag: Yeah. It’s really cool. You can really build up some anticipation and tension that way.

TrunkSpace: So what were your creative goals when you sat down to put this album together? Was there a theme in mind?
Shag: Not necessarily a theme. My overall theme is usually about love or kind of discovering who you are, but a lot of these songs are actually… some of them… the first songs I ever wrote but I never recorded, but that I really connect with and that I loved. They’re pretty bluesy and jazzy in a sense. I always wanted to get them out and I feel like it’s a perfect time to bring them out. I hadn’t revisited them for years.

TrunkSpace: Knowing that they were some of the first songs you had ever written, did you go in and do any tweaking or updating?
Shag: Actually, no. They’re very simplistic blues songs and I also imagine them just being me and my guitar when recording. Actually, “One Kiss” was one of those songs that I brought back and we definitely repolished it and brought it back to life. So, they needed a little repolishing, but overall I think they just needed to stay simple.

TrunkSpace: From a lyric/subject matter standpoint, do you find yourself writing differently now than you did in those early stages of songwriting? Has your inspiration changed?
Shag: Yeah. Definitely. I actually just wrote a song the other day and it was the most different way I’ve done it. It was more of a story than an experiences, so yeah, it’s definitely changed over time and I’m excited to keep writing to see where it takes me.

TrunkSpace: Does your songwriting process start out on the guitar?
Shag: Actually it always changes. Sometimes it’s on guitar. Most of the times it starts on the guitar, but usually I’ll just be driving and I get a melody in my head and I’ll start singing gibberish and record it and go back to it and see what inspires me to write. And then I’ll pick up my guitar. Or it will start with a beat in my head or a rhythm and then melodies will come out and guitars will be last.

TrunkSpace: That’s got to be the blessing and the curse of a songwriter is that you can come up with concepts for songs anywhere and everywhere, but you also must forget them because you’re 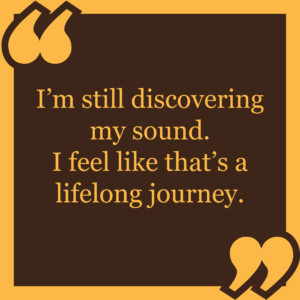 coming up with them anywhere and everywhere. Do you lose a lot of initial concepts that way?
Shag: Actually, I usually don’t because I always jump up and go to my phone and hit record. But, I found lately that when I’m going to bed, a melody will pop into my head and I’ll be like, “I’ve got to remember that tomorrow.” And then I never remember it and I’m like, “Crap, I should have recorded that.” (Laughter)

TrunkSpace: That does have to be an added bonus of the cell phone age in that you can record stuff easily now.
Shag: Yeah. It’s nice.

TrunkSpace: Stepping away from the creative focus of the album, what are your business goals?
Shag: Nowadays it seems that the way to grow fast is with a video going viral or songs going viral and then your album kind of hits with people. That would be amazing to have one of my songs go viral and then people kind of catch on to my name. I really just want to play big shows. I want to tour the world. I would love that and I would love great record sales, but it’s just kind of hard nowadays to know what’s going to happen because the music industry is so saturated.

This whole business side is very confusing for me. I kind of leave it up to my business-minded people to do it for me. (Laughter)

TrunkSpace: It does seem like it changes constantly as well. The way you market yourself, especially with social media, is like a living thing because new platforms come out and then it’s important to be on those platforms as well.
Shag: Yeah. Social media stuff… I’m like, “Ugh!” If I had my way, I wish people could just see me and hear me through my records and my music videos and stuff. But, you know how it bees! (Laughter)

TrunkSpace: It’s always fascinating when a guitarist has a specific sound. You hear one chord and you’re like, “That’s so and so!” We feel like you have that, which is a rarity. It also seems like that it’s a guitar play that will translate to the big amphitheaters, which is something you just mentioned… wanting to play big shows.
Shag: Aww! Thanks, man! Yeah. That’s the goal. Eventually. Every show that I’ve been playing recently has been more fun and I can’t wait to play for more people and for people who sing my songs back at me. That’s the goal.

TrunkSpace: You talked about leaving the business side of things to your team, but when it comes to your branding, is that something that you spend time with?
Shag: Absolutely. I’m always kind of creating and always changing… the things I like to wear, the style of music I’m listening to… it’s all very much evolving. I have a lot of freedom with my art with my label and everything, so they kind of let me be myself. It just kind of comes to me as I go along. Each photo shoot that happens or each song that comes out, I’m like, “Ooh, I wonder what kind of sounds going to come out next.” It’s always fun for me because it’s always changing.

TrunkSpace: We love that you have the Shag Swag button on your site. That’s some killer branding right there!
Shag: (Laughter) Thanks!

TrunkSpace: You’re located in Atlanta, GA. As you look forward in life, do you think you can stay based there and still accomplish all of the various career goals you have for yourself?
Shag: Yeah, I think it’s possible. As long as I’m traveling and getting my shows in, I think having a steady home here is very much doable. There’s a lot of great music professionals here. If I had my way… I always have this dream of, “Oh, New York City would be great” or, “Oh, California.” I just don’t know though because I’ve never lived there. We’ll see where this journey takes me, but if I can have a home here… I have my family here… I’d be happy to stay here for awhile.

TrunkSpace: Well, and there’s something to be said about establishing yourself in a smaller city and then branching out. New York and LA… they’re both crazy competitive scenes simply because there’s so many more people trying to achieve the same thing.
Shag: Exactly. And that’s what my team has been saying… grow a name here in Atlanta and kind of just buckle down here. That way it will be easier when I have my name out more to go to other cities and to grow from there. I won’t be so small in the other cities then. That’s the goal! 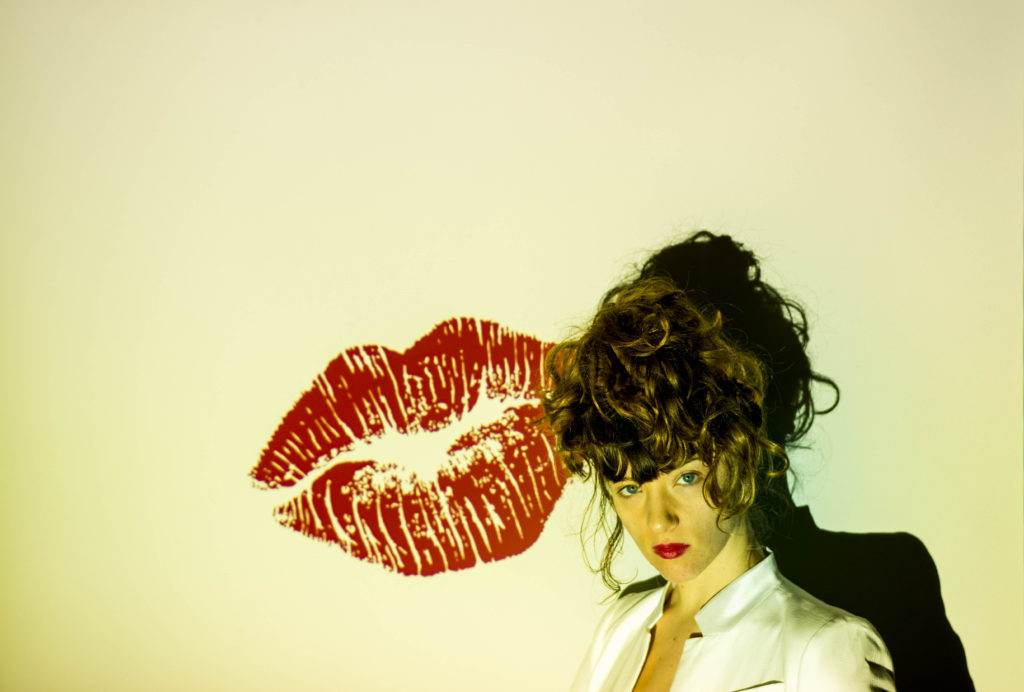 TrunkSpace: We mentioned that we thought you had a unique guitar play sound that was your own. At what point in your journey did you discover your musical voice?
Shag: Well, I remember at age 10 or 11 I was like, “I want to be a rock star.” (Laughter) I don’t know what that means, but I wanted to play guitar and I wanted to rock. So over time I’d go to music camp, I’d take lessons, and I’d listen to my favorite artists and just try to hone in on their sound. I knew I always wanted to do music. I don’t know exactly when I found my sound. I’m still discovering my sound. I feel like that’s a lifelong journey.