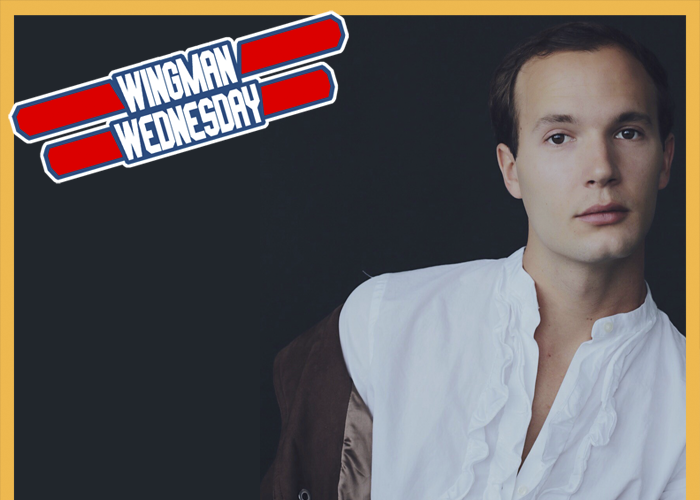 The hit TNT series “Claws” took audiences by surprise when it first aired in the summer of 2017, but those tuning in weren’t the only ones to have the Rashida Jones-produced dramedy exceed their expectations. Evan Daigle, then a college student in New Orleans, was cast in the pilot as Toby, only to discover months later that the character would become a recurring role, kick-starting his professional career in a most unexpected way.

We recently sat down with Daigle to discuss the slow burn of Toby’s birth as an ongoing character, the inspiring words that will stay with him throughout the course of his career, and why he has been spoiled with “Claws” being his first job.

TrunkSpace: Your “Claws” journey and how your professional career kicked off was sort of unorthodox and not how a lot of actors find their path. How has your life changed the most since it all began?
Daigle: I think that the biggest difference in my life was just having to leave school – being in school since the time that I was five years old and then leaving, not when I planned to leave, but when I was 23 and about to graduate. It was an opportunity that I couldn’t refuse. And I was going to school to be able to work professionally as an actor. So I think that that was probably the biggest difference in lifestyle. But now that I’ve settled in, after doing two seasons of the show, I feel really comfortable with all of the crew and all of the other actors and everything. I think that the biggest new thing that I am dealing with now is how to settle myself in Los Angeles and figure out how this city works ‘cause I come from a really small town in Louisiana.

TrunkSpace: You had no idea where things would end up when you first read for the part because the character wasn’t even considered to reoccur at that time, so in terms of your personal journey, it must have been interesting to see it all take these turns, turns that you never expected?
Daigle: It was a slow burn for sure. I got the pilot in October of 2016. The character was only going to be in one episode, and the series hadn’t been green lit yet. I was only going to be in that one scene. I auditioned for another co-star part, not recurring, nothing to do with that, but then whenever the series got green lit in January of the following year, my agent called me and said that they had me penned for the first three episodes of the season. So at that point we kind of had a feeling for sure that it was going to be a recurring part and after that it was just every week I would get a call from my agent, “They want you back. They want you back.” And I ended up doing nine episodes the first season and six episodes in this new season. So it’s been moving pretty fast. I can’t believe that it’s already been two years and two seasons since I started with the show.

TrunkSpace: Did you already move on emotionally from the job between that period of getting the pilot and when you ultimately heard back? 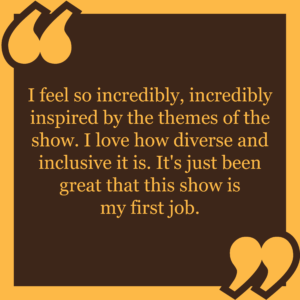 Daigle: Oh definitely. You sort of have to ‘cause if you really stress out or think about options or projects that you don’t really know they’re gonna go or not you’ll just live miserably as an actor, so you have to try to just let it go as much as possible. Obviously I was checking Variety every day, and when I saw the Variety article that the series got green lit, those two days between then and then whenever my agent called me were some of the most stressful days that I’ve had in my young career. But whenever I got the call to tell me that they had booked me for more episodes, we were both so excited.

TrunkSpace: As far as jobs go, because there were so few expectations out of the gates, it must be the gift that keeps on giving.
Daigle: Oh and this project has… that’s the perfect way to put it. It’s been the gift that keeps on giving. Not only has this project really given me the beginnings of a real career, it’s also just been such a blessing for this job to be what it is. I feel so incredibly, incredibly inspired by the themes of the show. I love how diverse and inclusive it is. It’s just been great that this show is my first job. I feel really spoiled for the set that I work on, ‘cause I hear it’s not necessarily the norm.

TrunkSpace: It feels like a lot about this job, at least how it relates to you, has not been the norm. You didn’t go to Los Angeles to start your career. In a way, the show kind of found you in New Orleans, right?
Daigle: Yes. There’s a small film industry in New Orleans ’cause a lot of films and TV shows will film down there and they’ll hire the co-stars and the one-liners out of New Orleans. And so I had a small agent there and that’s why I was able to even get in the room with the part because it started off so small. I had always saw myself moving to LA or New York to start my career, but I was going to try to stay in New Orleans and build up my resume with a couple of co-star roles to have a little something-something whenever I got out here. What has happened to me now is more than I ever could have asked for or even envisioned for myself, so it’s been amazing.

TrunkSpace: And it must be such a confidence boost to your abilities as an actor to know that they brought this character back after you gave him life?
Daigle: Yeah, and honestly, that’s been the most gratifying and most validating thing for me, is that it’s true what you say – if you’re not a regular, you’re not contracted into absolutely anything. And so they can kill you off or they can simply write you out. And so Jenn Lyon, who plays Jen in the show… and I will never forget, I think in the fifth or sixth episode of the first season, her and I were working together and she sat me down and told me that she was really proud of me and to recognize that I’m here and continuing to be here because I’ve impressed the producers at the network and studio level continuously. And she was like, “You’re a young actor, I know that you probably don’t understand the gravity of that, but I want you to know that I’m proud of you.” It’s just that kind of validation, from these seasoned actors that have been just working for years and years and years, it’s given me the confidence that I think I need to start really competing in LA.

TrunkSpace: You mentioned leaving college sooner than you expected, but in many ways, your education is continuing through your work on the series… just not in a classroom.
Daigle: Oh 100 percent. The first season for me was a complete, complete immersion into film acting. I was studying theater in school and I had a really good film acting teacher but there’s nothing like actually being on set and getting to work with people like Carrie Preston and Harold Perrineau who are these insanely talented, seasoned theater, film and TV actors. It’s what I was telling you, I feel so spoiled by this being my first job.