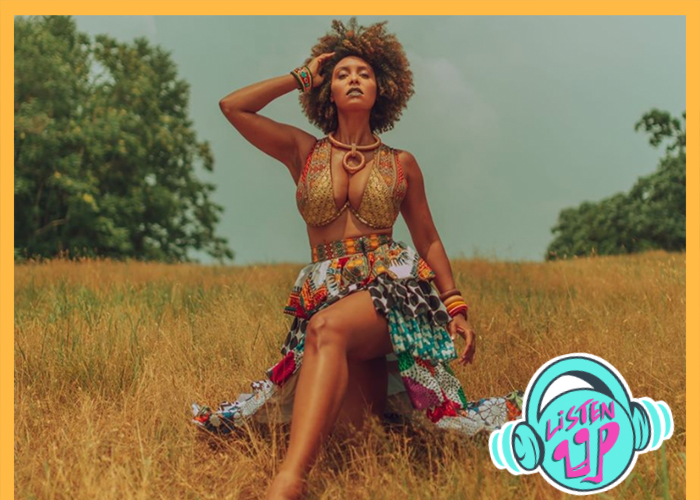 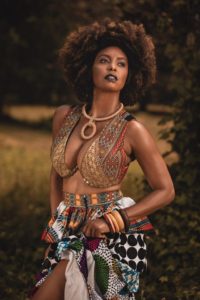 After years of touring as a backup vocalist for artists like Lenny Kravitz and Duran Duran, Jessie Wagner is prepared to step into the spotlight with her debut solo album, Shoes Droppin, set for release on October 9 via Wicked Cool Records. But sharing her songwriting point of view with the world also means reflecting on the emotions – good and bad – that inspired her to take this journey.

“If I’m being reflective and feel slightly melancholy, then those emotions I put down in song will hit me over the head like a sledgehammer,” she said in an exclusive interview with TrunkSpace. “But if I’m in a good place, the songs are more of a reminder that I made it through.”

We recently sat down with Wagner to discuss why writing is a cathartic practice, becoming an artist without walls, and engaging audiences in the middle of a pandemic.

TrunkSpace: Songwriters are at their best when their writing is truthful and saying something. What did you hope to accomplish with your writing when you set out to create what would later become your debut solo album, Shoes Droppin? 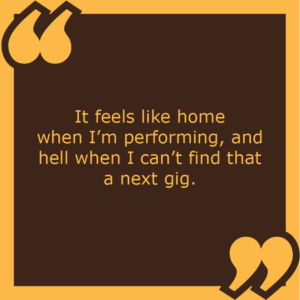 Wagner: Some of the songs written for this album came out of the darkest period of my life. I was dealing with a loved one who became completely dependent on me and I became their caretaker. I wasn’t prepared for the responsibility of it all or the conflicting emotions I endured. After I gained a bit of footing, I looked at the songs I had written during that period and decided I needed to put them out in the world. I also had songs that I loved but hadn’t done anything with. So I decided that since I lived through that experience, I was going to put everything I had in to this project and see where it led.

TrunkSpace: Unfortunately, truth can also sometimes hurt. Does pouring so much of yourself into a song or lyric leave you feeling vulnerable, especially when you’ll have to revisit that song – or the emotion that inspired the song – over and over again?
Wagner: It depends on the mood you’re in. If I’m being reflective and feel slightly melancholy, then those emotions I put down in song will hit me over the head like a sledgehammer. But if I’m in a good place, the songs are more of a reminder that I made it through. In a nutshell, sometimes it’s despair and sometimes its triumph.

TrunkSpace: Is writing a form of therapy that helps you work through your own thoughts and emotions? Does completing a song fill a void and raise you up?
Wagner: It can definitely be a cathartic experience. It is harder for me to say the things I need to say when I’m face to face with someone. I will write them a letter or sometimes, it becomes a song. I’ve even woken up out of a dream to write lyrics down. Yes, I find writing, in any form, therapeutic.

TrunkSpace: Listening to music is certainly an escape for us. What do you get writing and performing that you can’t achieve as a listener alone? What does that extra creative bump do for your brain that drifting off to another artist’s album is unable to achieve?
Wagner: When you’re listening to someone else, you might feel like their music is speaking to you, but in the end, that’s someone else’s intent that you are interpreting. When you’re writing, you’re bearing your soul. Someone else can’t do that for you. When you’re on stage, you’re giving a piece of yourself to that audience and it’s so much more intense and personable when it’s your own music. You can connect wholly with this music because it came from you.

TrunkSpace: Who is Jessie Wagner the artist, and, would the you who first looked to music as a career be surprised by the answer you’re giving today?
Wagner: I don’t think there’s one definable answer for who I am as an artist. I’m someone who just does what I like. I don’t know which box my songs are going to fall in and I don’t want to. I guess I hope I can remain an artist without walls. I enjoy doing so many different types of music and I’m glad that with this project, I was able to express different sides to my writing. I think when I was younger, I tried to stay within a box. The music I wrote was me, but just a sliver. I think now, I’m much more open to trying different things musically.

TrunkSpace: You’ve had a tremendous career in music, fronting Army of the Underdog and touring as a vocalist alongside artists like Lenny Kravitz, Kid Rock and Duran Duran, to name a few. Does Shoes Droppin feel like a new chapter in your journey with music?
Wagner: It’s definitely a debut of a part of Jessie that most people don’t really know. When I’m on tour with another artist, I’m just an extension of that person or group. I think Army of the Underdog paved the way for this album because I was starting to open up with my writing style and with what directions I wanted the songs to go in. And now, here I am with this interesting collection of songs that are honest representations of where I’d like to go.

TrunkSpace: Normally you would tour to support a new album, but that is not something that is possible in every state right now. How do you get the word out for Shoes Droppin when people can’t get out themselves?
Wagner: I guess like every other artist out there trying to navigate the COVID new world order, I’m trying to take advantage of social media as much as I can. I do live stream shows and I try to stay interactive with those that like my music. It’s been extremely challenging to keep people engaged. I hope we’ll find more opportunities to perform in front of people sooner than later. 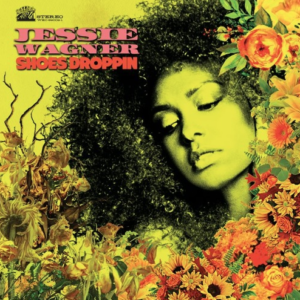 TrunkSpace: What are you most proud of with the album?
Wagner: When I finished the album, I just hoped someone would like it and maybe connect with one or two of the songs I had written. When Stevie Van Zandt said he would like to add me to his label, that pretty much exceeded all my expectations. It’s validating when a respected songwriter likes what you’ve done.

TrunkSpace: There are some amazing vocals on Shoes Droppin. Which song – or piece of a song – was the most difficult to “get right” in the studio and why?
Wagner: I think cadence-wise, “Caretaker” was the most difficult. It’s easy to sing into voice notes for a reference. It’s a different story when you’re having to keep time with an instrument! But it became my favorite song on the record.

TrunkSpace: Time machine question. If you could jump ahead 10 years and get a glimpse of what your career looks like a decade from now, would you take that journey? If not, why?
Wagner: I’ve questioned my career choice so many times. I was an academic in school. I thought I’d be a doctor or a lawyer. But I kept being drawn to the stage. I struggle with self doubt and compare myself to others in this career that have done better and gone farther than me. I’m always asking myself, how much longer will you do this? It’s so hard. But again, something keeps me coming back to the stage. It is a complicated relationship I have. It feels like home when I’m performing, and hell when I can’t find that a next gig. But I’ve come so far and I hope this record and the music I create in the future pushes me even further. I hope 10 years from now, I will have stopped asking myself why and will finally say well-done.