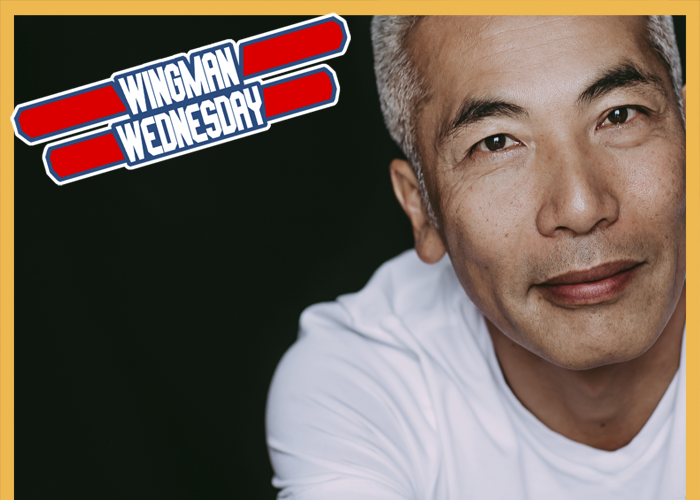 While we used to look forward to “tentpole” films rolling into our local cineplexes every summer, now we can see the same production quality, marque names, and multi-layered world building appearing on our televisions every night, holding up the pop culture tent with poles steeped in rich, complex storytelling. In fact, it’s starting to feel like a new, highly-anticipated series premieres every week, and for those of us addicted to the binge, it’s a great time to consume.

The new Netflix sci-fi thrillfest “Altered Carbon” is the kind of show that not only has us excited, but it could very well usher in a new dawn of big-budgeted event series. Adapting a project like this, based on the 2002 novel by Richard Morgan, for anywhere other than a movie theater would have been completely unheard of even a decade ago. The cost alone to bring the futuristic, effects-filled story to life would have scared off every executive from network to cable, but now it seems, much like the technology that makes a show like this possible, the sky is the limit.

We recently sat down with “Altered Carbon” star and one of our favorite character actors Hiro Kanagawa to discuss how he brings his memorable characters to life, why the series could be a game changer for the industry, and the rock ‘n’ roll dream that still pecks away at him.

TrunkSpace: First thing’s first…we love us some you! Your work is always so rich in character and the choices you make with those characters are extremely memorable. What is your approach to tapping into a new character and making him your own?
Kanagawa: Thanks for the kind words. Acting is an ephemeral activity, even when captured on film, so it’s great to know that some of what I do is memorable. Creating these characters really depends on the circumstance, the style and content of the script, the people around you, the specifics of the character. When I was starting out I was coming from a bit of an arty physical theater background, so I tended to work outside-in: find the voice, find the walk, find the way this guy carries himself. But in film and TV, less is more – you really have to internalize things and work inside-out because something as small as a sideways glance or an arched eyebrow can be a big, big move. Also, everybody you’re working with is coming at things from different methods and training techniques and traditions, so I’ve found the most reliable thing to do as an actor is BE IN RELATIONSHIP with your other actors and your environment. I hope audiences appreciate my work as Captain Tanaka on “Altered Carbon.” I’m proud of it, and a lot of it comes out of being in relationship with Martha Higareda’s character, Ortega.

TrunkSpace: As you mentioned, you’re set to star as Captain Tanaka in the new Netflix series “Altered Carbon.” By any standards it seems like an extremely ambitious project, but by television/streaming standards, it feels like it could be the kind of project that forces others to rethink the way that they’re doing things. As you were working on the series, did it have the feel of something that could be groundbreaking within the industry itself?
Kanagawa: Absolutely. And it’s more than blind ambition, there’s a desire, an aspiration to make something really good. I could tell everybody on this project from the top down were dedicated to getting things right. I go into my first wardrobe fitting and a few days later I have another one because they’ve re-thought things. And then another one. I walk on set on my first day and my first reaction is, “Wow.” Same thing the next day when I see another set. And so on. I get called in to rehearse on a Saturday and with input from all of us actors, the scene gets rewritten. There’s creative energy. Everybody’s involved and engaged. Nobody was mailing it in on this one.

TrunkSpace: At this point, millions of people have already viewed the trailer online and the buzz continues to build around the series. As an actor performing within a show that is generating that kind of pop culture interest, does it place you in a position to put expectations on how it will be received and accepted, and in a way, alter your life/career in the process?
Kanagawa: I do have expectations that it will be well-received. I’ve seen bits and pieces and everything I’ve seen excites me. I’ve read the scripts, of course, and being a writer myself, I have nothing but admiration for the writing. I am aware that my work here as Captain Tanaka will probably get a lot of eyeballs and I’m happy about that because I feel good about it. If this creates more opportunities for me in the future, I’m ready. Bring it on.

TrunkSpace: For those who have never read the Richard Morgan novel, can you tell us a bit about Captain Tanaka and what his journey is throughout the course of the series? What did he offer you from a performance standpoint that you have yet to tackle in a project before? 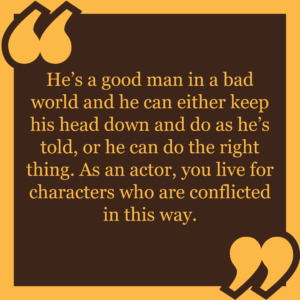 Kanagawa: The series is in the same universe and follows the same general trajectory as the first book, but it’s a major expansion of that universe. Captain Tanaka, in fact, does not appear in the novel. What I can tell you is that Tanaka is a deeply-conflicted and compromised police captain tasked with keeping law and order in a world run by an ultra-powerful elite. He’s a good man in a bad world and he can either keep his head down and do as he’s told, or he can do the right thing. As an actor, you live for characters who are conflicted in this way.

TrunkSpace: From one talked about project to the next, you’re also working on “Snowpiercer” for TNT, a series based on Bong Joon Ho’s popular 2013 film. Both “Altered Carbon” and “Snowpiercer” come with a bit of their own built-in audiences seeing that they had established fan bases in other mediums already. Is that a gift for an actor, working on something that you know people will already be lining up to see, or does it also come with its own set of pitfalls knowing that some viewers might go in with expectations already in place?
Kanagawa: I think there are instances where the fans of a known, iconic story do not want what they know and love to be messed with. I don’t think “Altered Carbon” or “Snowpiercer” will suffer from that given both projects are re-interpreting the original for a different medium. If anything, I feel an audience expectation and excitement to see what new directions both series will go in.

TrunkSpace: You’ve performed in dozens of series and films over the course of your career. Looking back, are there any characters that you wished you had more time to spend with and explore further, and if so, why?
Kanagawa: Lt. Suzuki on “iZombie”, and the Yakuza boss Okamura on “The Man in the High Castle” both met untimely ends. There was a lot more to explore with those characters.

TrunkSpace: You’ve had some great runs on fan favorite shows adored by the Comic Con crowds like those two you just mentioned, and most recently, “Legends of Tomorrow.” But one thing a lot of people might not know about you is that you also played father of the first family of comics, Reed Richards of the Fantastic Four. What was that experience like, giving voice to such an iconic character?
Kanagawa: I don’t do a lot of animation, so it was a tremendous pleasure being in the room with artists who are the creme de la creme of that industry. And as an Asian actor, I thought it was fantastic that I had the opportunity to voice such an iconic non-Asian character. Reed, of course, is kind of the “straight man” in the family, so I didn’t have to move far from my natural speaking voice, but I had a great time with a couple of episodes where Reed switched bodies with Ben/The Thing as well as with Dr. Doom.

TrunkSpace: You also did an episode of “Supernatural,” which many in the fandom consider to be one of the most memorable in the series’ 13 year run. (“Changing Channels”) That got us to thinking… can you imagine yourself working on one character for such an extended period of time, in this case, 13 seasons, and is that something you would welcome?
Kanagawa: It really depends on the character I guess. I’ve been lucky to have a sustained career without being attached to a single character or show for longer than two seasons. But this is the golden age of the serial narrative and there is so much good writing out there in this medium that I would welcome the opportunity to explore a character over multiple seasons.

TrunkSpace: We read that you started your creative journey as a musician, composer, and writer. Are those areas that are still a big part of your life even as your acting career has continued to propel you forward in ways that you probably never thought possible?
Kanagawa: I am a playwright as well as an actor and I am very proud of the fact that I recently received the Governor-General’s Literary Award for Drama, one of Canada’s most prestigious literary awards. As for music, as anyone who ever played in a high school rock band will attest, I still dream of getting the band back together, taking my shirt off, and kicking some ass!

TrunkSpace: A lot of times our loves and creative outlets can end up feeling like “work” when those outlets become careers. Do you still love acting as much today as you did the first time you stepped foot on a set and began your career?
Kanagawa: I actually love it more now than ever. I feel I’m just starting to get really interesting opportunities, and that’s coming at a time when I’m starting to do my best work. All of that is extremely exciting. I’m chomping at the bit here.

TrunkSpace: Do you view the craft differently now than you did when you first began your pursuit of it?
Kanagawa: Completely. I’m always learning about myself as I journey through life. And acting is a craft you can learn so much about from watching people you’ve never met. You can watch actors who died decades ago and learn from them. You can learn from watching people at the food court at the mall. It’s endlessly, endlessly fascinating.

TrunkSpace: If someone came to you tomorrow with a blank check and said, “Hiro, go make the kind of projects that you want to make,” what would that look like? What kind of project would you develop for yourself knowing that money was not an option?
Kanagawa: Being a writer and having a couple of screenplays and series concepts, I’d use the money to get those things made. I don’t really write roles for myself, but if I had a blank check maybe I’d be tempted to write myself something. Might be tempted to write myself a part where I cross the desert, climb the mountain, and make it to the promised land.