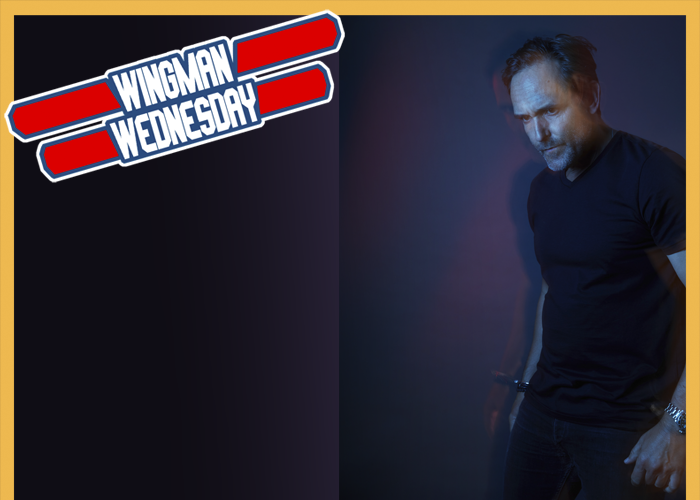 There’s so much to love about the Netflix series “Ozark,” and like a gift that just keeps on giving, Season 2 saw Trevor Long’s role in the captivating storyline expanded. That was great news for the Rhode Island native who plays Langmore crime family patriarch Cade, but it was even better news for the viewers because everything he brought to the screen was 100 percent binge-worthy gold.

We recently sat down with Long to discuss the many “Ozark” surprises, how he breathed life into Cade, and why you won’t find him sitting down with a psychic for career advice.

TrunkSpace: “Ozark” took a lot of people by surprise and had them binging like they’ve never binged before. Was the success of the series a surprise for you or did you know that you were involved in something special even in the early going?
Long: It was definitely a surprise. That said, in the back of my mind there was this feeling that this could be great. Just knowing how good the writing was and, of course, the talent they had lined up, but I was pleasantly surprised how it took off.

TrunkSpace: What about in terms of your character Cade – did you know his role within the story would be expanded heading into Season 2 or did that come as a pleasant surprise?
Long: I really didn’t know too much. However, Jason Bateman graciously hinted at it when I saw him at the premiere after Season 1. He basically said, “Get ready to work, you’re getting out of prison.” So, from that I knew I would be at least in it a bit more than Season 1, but I had no idea that I would be in it to the extent I was until about a month out from shooting.

TrunkSpace: As Cade’s story has expanded, what have you been enjoying most about his path and how that has impacted your day to day on set?
Long: I really enjoyed the colors they brought in his story out of prison. It was a lot of fun to explore this sort of wildness and unpredictability that Cade expressed. The writers gave me a lot to play with for sure. Being on set was like being with family. It was always a lot of fun, even if the material was really dark. We just had to have that lightness when sitting around and waiting. It was a lot of heavy material to live out.

TrunkSpace: We read that you did a lot of research to bring Cade that “Ozark” authenticity that seeps throughout the entirety of the 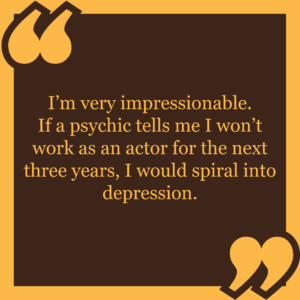 series. What was it about him that you felt needed the research to get right, and what was the most difficult aspect of that journey?
Long: I knew Cade was so different than who I am on so many levels – someone who was so destructive and abusive to his daughter was something I certainly had to face inwardly in my imagination and interior emotions. But the outward physical aspects of Cade were what really propelled me to research. His accent, for instance, and even how he moved physically. I knew I had to have his rhythms right, so I tackled this by watching a lot of documentaries and even movies such as “Winter’s Bone.” I also read a lot of books by southern writers that depicted low lives in order to catch their essence and to color my imagination. I love doing this kind of stuff as long as I don’t become too lost in it. I take what’s essential. I guess the difficult part was to truly embody Cade in a very truthful and honest way that brought me alive.

TrunkSpace: Many of the scenes in “Ozark” are very heavy, and we would assume, could be emotionally draining for the performers involved. Did you have days where you felt like you needed to do an emotional download after a particularly rough day of shooting?
Long: Oh, of course. I did that by hanging out with the Langmore’s off set. We were like a very happy, funny, and dysfunctional family. We became very close. Laughter was essential to keep from burning out.

TrunkSpace: What’s great about the series – and Cade in particular – is that there is a lot of gray area with the character for the audience to fill the gaps on backstory and internal motivations. Was that a conscious decision, to leave bread crumbs for the viewers to follow on their own?
Long: To be honest, yes, but that credit really goes toward the writers. They beautifully kept the audience guessing, and myself as well. It’s such a privilege when the writing is that good to just let it take you where it wants to. I just got to keep it as simple as possible and stay out of the way.

TrunkSpace: What can you tell us about your new film “Seeds,” which if we understand it, you also produced? There’s some freaky imagery in the trailer!
Long: I can say it seems to be a pretty uncomfortable film to watch, and that is something we tried to achieve. I did help produce, but that really entailed bringing together a lot of elements that I had access to from many years in the business, such as people I could call on and bring in to help the process.

TrunkSpace: Seeing you in “Seeds” reminded us of our own high school wrestling days. Did you have to suck some weight to play Marcus in the film? Was that something that the script called for or was it a physical trait that you brought to the character through your own journey of discovery?
Long: (Laughter) That’s funny. Yeah, I felt I had to lose some weight. It was not indicated in the script, but I instinctively came to know that Marcus should not look like this healthy, fairly strong guy. So, I dropped down to about 155 pounds. Normally, I am about 185 pounds, so the weight loss was pretty significant for me. It did take some time to get into a proper weight-loss routine, but I could handle it well. I know products like these Proplant Complete Shake ingredients work really well to help regulate appetite and fast metabolism. However, I felt that this guy had to look and feel weak from his emotional decay and the actual physical anguish he inhabited. So, taking plant protein wouldn’t have helped me look weak! All of these things affect me as an actor in how I express another’s life. It can be as subtle as just a very different pair of shoes. I live for that kind of stuff.

TrunkSpace: The film takes place on the New England coast. We know you’re a New England boy. What is it about New England that makes such a great setting for horror films/thrillers? It just seems like a regional staple for genre projects.
Long: That’s an interesting question. I’ve never really thought about that, but now that you mention it I will start to. Maybe it’s that it has all those puritan roots, and there are certainly a lot of woods, and New England, as you know, in the winter can look and feel pretty downright depressing… spooky even.

TrunkSpace: Time machine question. If you could jump ahead 10 years to see what your future/career held, would you take the trip, and if not, why?
Long: Really? That’s tough. I would have to say no. I’m very impressionable. If a psychic tells me I won’t work as an actor for the next three years, I would spiral into depression. I’m also a firm believer that everything unfolds in the only way it can at that particular moment, no matter how much we think we are steering the ship. It will be whatever so-called destiny has mapped out for my career 10 years down the road. I’m always in favor of being surprised.

Seasons 1 and 2 of “Ozark” are available for streaming on Netflix.