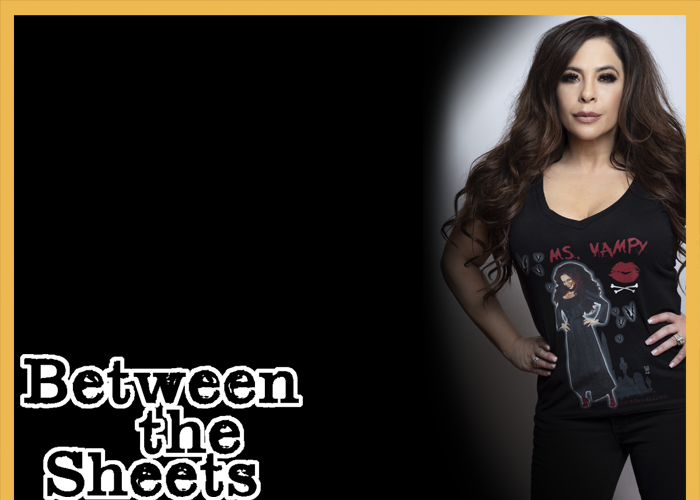 This time out we’re chatting with author, actress, producer and life coach Brooke Lewis about paving her own career path, her unexpected Scream Queen status, and why she tells people to do as she says, not as she does.

TrunkSpace: You have so many different career paths, and yet they all intersect in a way. Do you juggle them separate of each other, or do you view them as all falling under one a larger umbrella?
Lewis: That’s a very profound question and I will answer it as simply as possible. Thank you for asking that by the way!

Everything I do in some way, shape or form is to support my love – my passion – which is acting. I fancy myself an actress first and foremost, from childhood on. However, I always say this, whatever we believe, whatever the readers believe – higher power, God, energy… “God laughs when we’re making plans.”

Never in my wildest dreams did I think one day I would become a writer, and an author, and even a producer, per se, but I’ve done everything that I can, and navigated my path, my career path, from Philadelphia, to New York, to Hollywood now, over many years, all in support of my acting career. I have embraced whatever other opportunities have come to me. It’s really interesting. We’d spend seven hours together if we started putting the puzzle pieces together, but to answer your question simply, everything I do is to support my acting career. Everything I also do, to share with the readers, is something that inspires me. All of my peripheral careers have in some way, inspired me or have become a secondary passion, including life coaching (like the kind often following the group hypnotherapy sessions available on and offline), dating coaching, relationship coaching, all of that, and writing – all my books. I absolutely love helping others, no matter what aspect of life it may be in. Some people may look at my list of job roles and think I’m in it just for the money, but that’s not the case. Of course, there are some people who ask how much does a health coach make? But it truly isn’t about the money for me, I just love helping and sharing my life knowledge.

TrunkSpace: How important has it been to your career to sort of steer it in the direction that you’ve wanted? You seem to have taken matters into your own hands, by becoming a writer and a producer, and in many ways, have controlled your own destiny.
Lewis: It’s been one big fat challenge. For anyone who thinks it hasn’t, you are mistaken. What really ended up happening, and I hope I’m answering this properly, is that I had been a working actress right out of college in New York. I started my career off-Broadway in “Tony n’ Tina’s Wedding,” the mobster comedy wedding. I did the show for three years, seven shows a week… equity contract, was signed with Paradigm. When we are young, we don’t realize how much easier it is in some ways to navigate through the Hollywood or New York entertainment industry. I’m very grateful and blessed, and worked very hard even then. I didn’t know. I didn’t know how challenging it would become as I got older and as I moved to Hollywood, which I still feel, has always really been the TV capital of the world.

When I moved here and have been a working actress consistently for all those years, for four years in New York, it was like a different world for me. Really, after doing Broadway and indie films, everyone in Hollywood was much more concerned about my television credits, which 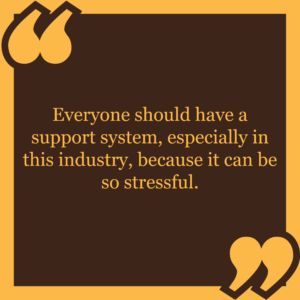 there were a lack thereof, let’s just say. I chose to fight the system. I chose then to buck up and I started a small production company, Philly Chick Pictures, in 2002. I said, “That’s it. I’m not going to let the ‘no’s get in my way.” I took my power.

TrunkSpace: And that’s a big undertaking.
Lewis: Let me tell everyone, it was never easy – from going out and raising financing for films, investors for my production company, finding the right partners, both here and in New York, and working other jobs to sustain financially. And I own that, and I am proud of that. I was a career woman, and still am. That was my focus. I did everything I could to make sure that I was able to act, by producing. I hate producing, yet I’m an incredible producer. I say that humbly, but I’m a badass little producer. But I hate it. I hate it. But I did it so I could act.

TrunkSpace: When the opportunities aren’t there, you have to create them for yourself.
Lewis: Hollywood was not giving me the opportunities that I had hoped. Hollywood wasn’t saying, “Okay Brooke, you’re new to Hollywood, you’re young – even though you’re trained in New York – you’ve done a million indie films in New York.” They were saying. “You’ve got to work the business. You’ve got to earn your keep here.” It wasn’t the magic that I had expected. I wasn’t getting offered new lead roles on TV series or lead roles in mainstream movies in Hollywood, so I created that. I was like, “That’s it. I’m going to show the world that I do have potential, that I do have some talent, that I am a trained actress.” And so I produced.

TrunkSpace: Did taking on the system also put you further on the outskirts though, especially in those early days? Did people say, “Well, if she isn’t willing to play the game, we won’t let her through the door.”?
Lewis: That’s a brilliant question. I’m going to say 50/50. Now in hindsight, and hindsight’s 20/20, I think that 50 percent of – I’ll start with the negative – 50 percent, absolutely what you said. With kind of me going against the system and the grain, it sort of affected me in a negative way. Then the other 50 percent, I think that real artists here, and real agents and managers, really got me and respected my hustle and said, “Wow, this girl is a force to be reckoned with.”

I think the former 50 percent… and I can really attest to this with what I have learned from becoming a “horror star.” I was a horror fan/junkie since childhood. I own it. I was an ’80s horror fan, like a crazy person. I loved horror movies. I had friends who starred in horror movies back in New York, but never did I wake up one day and say, “I’m going to be a famous scream queen.” However, you get to a certain point where you’ve worked so hard, nobody knows who you are no matter what sitcoms you’ve done, no matter what Broadway shows you’ve done… and then the horror community sort of embraced me as a thriller scream queen with the film “Polycarp.” All of the sudden I’m getting direct offers in the horror genre, sci-fi genre, thriller genre. I’m like, “Wow, this is kind of amazing, and I’ve sort of paid my dues at this point.” So once I became sort of a genre star – I say that humbly again – a genre star in horror, I embraced it. 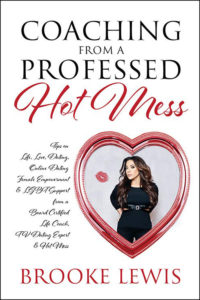 TrunkSpace: So do you think that helped or hurt your career?
Lewis: It pigeonholed me a bit, and I’m learning that later, 10 years later. Sometimes Hollywood can be small-minded. The executives say, “Well, she’s famous in horror. She’s a famous scream queen. We’re not convinced she can do anything else.” I’m always one, again, to go against the grain and to try to prove myself, as I have continued to do that.

TrunkSpace: You mentioned how the horror world was never part of the plan, but for you personally, what’s been the biggest surprise of your career thus far – the thing that 18 year-old you back in New York never would have seen coming?
Lewis: Wow, I mean, so many! For one, what we just addressed. I’m so grateful for it, of so many over the years – more so 10 years ago when I was super relevant in horror and stuff – being a Top 10 Scream Queens of all time with Jamie Lee Curtis and Adrienne Barbeau – some of my icons and idols, so that’s been mind blowing. I guess I never imagined I’d be on the cover of horror magazines all over the world, in Gorezone in the UK in 2010. It’s just bananas. But I would also have to say, I never imagined I would become a board certified life coach either, and a writer for all these publications, and an author of two books now. Never did I imagine that.

TrunkSpace: We get this vibe from you that you are a nurturer, and because you are a life coach, do you ever have to step back and say to yourself, “Oh my God, I have been spending all of this time focusing on other people… it’s time to maybe focus on me a little bit.”?
Lewis: Are you psychic? I’m not kidding. Welcome to my life. Am I being Punk’d? Hold on? Is there a reality show camera in my home right now? (Laughter)

I’m such a philanthropist at heart. That’s just really who I am. I believe so much in giving back, and I’m so in gratitude. And I’m, as my book will tell you, a hot mess. I own it. That’s part of my hot mess, is my anxiety. I suffer from a lot of anxiety, a lot of stress. It affects me mentally. It affects me physically. I have some chronic health issues because of it. I share that very openly, because I hope something I say helps others. I know some people make use of things like medical marijiana to help them cope, partaken through fat buddga glass dab rigs or other methods. It isn’t for me, but hearing the stories that do it is empowering. So I do forget, and I have to have my stable of people around me. I have a life coach. Thank you Lori for saving my life many times, my own life coach. I have Michelle who is my actress empowerment shine coach, who has to remind me it’s okay to be selfish. I have these amazing people around me that I need to stay afloat. I think, in my humble opinion, that everyone needs a support system. Everyone should have a support system, especially in this industry, because it can be so stressful. It ebbs and flows. So I do, I forget. I give too much a lot of times. I’m well aware of it, but it’s tough to stop myself.

Her book, “Coaching from a Professed Hot Mess,” is available here.