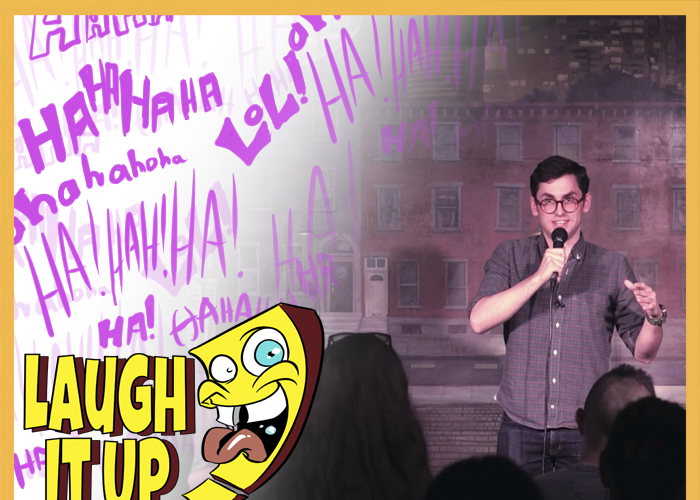 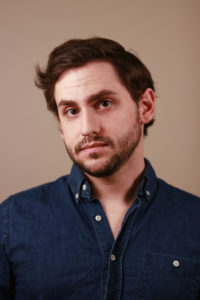 Why We’re Laughing: An everyman with a set that is as relatable as it is funny, Krick’s bits place the audience in the driver’s seat of the impending punchline to be, albeit with a slightly harder R rating than how most of us are probably used to living our lives.

TrunkSpace: Was comedy always in the cards? Were you a “funny” kid, even at an early age?
Krick: My parents would describe me less as a “funny” kid and more as having a “learning disability.” I made funny videos for the morning news as a teenager and wrote comedy sketches for the school talent show. Stand-up grew out of that.

TrunkSpace: When did you decide to pursue stand-up comedy as a career and did you make a plan for how you would attack things?
Krick: I realized stand-up was something anybody could attempt when I saw the movie “Funny People.” I found an open mic in Harrisburg, PA, then wasted four years performing about once a week with no plan. Once I moved to Philadelphia, I got more motivated and two years later I moved to LA.

TrunkSpace: How long did it take for you to discover your voice as a comic?
Krick: I’m definitely still finding it. I’m constantly throwing out old material and re-evaluating what kind of comic I am. (A good one, please book me.) 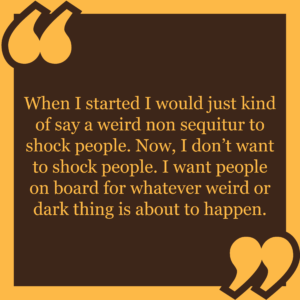 Krick: When I started I would just kind of say a weird non sequitur to shock people. Now, I don’t want to shock people. I want people on board for whatever weird or dark thing is about to happen.

TrunkSpace: Is the neon “Open” sign in your brain always turned on, and by that we mean, are you always writing and on alert for new material?
Krick: I tweet a lot, so that helps stimulate my brain into a joke-writing space. Writing for The Hard Times has helped me feel comfortable forcing out rough material to polish later. I can produce on-demand reliably but there’s a lot of editing involved.

TrunkSpace: How much work goes into a joke before it’s ready to be tested out in front of a live audience?
Krick: Almost none. I won’t do new jokes for a paying crowd, but if I’m at an open mic I like to write on stage. If I spend too much time working out an idea in a notebook, I tend to spoil it.

TrunkSpace: If a joke doesn’t seem to be working, how many chances do you give it in a live setting before you decide to rework it or move on from it altogether?
Krick: Two or three times. If I can’t make the bit work after adding more context or framing it in a different way, I’ll drop it and pick it up again in a couple months. I have some bits I do all the time now that I had previously given up on.

TrunkSpace: Is it possible to kill one night and bomb the next with essentially the same set, and if so, what do you chalk that up as?
Krick: Definitely. This happened to me at a contest in Philadelphia. I advanced at the quarter finals with a dirty set. At the semi-finals, the crowd was not responding to dirty material and I failed to adapt to their response. To quote Bill Hicks, “There aren’t any bad crowds, just wrong choices.”

TrunkSpace: Does a receptive and willing audience fuel your fire of funny and help to put you on your game for the rest of your set?
Krick: If an audience is really feeling me, I’ll get excited and lean harder into my delivery. I can’t decide if that’s good or bad. Probably goes back to finding my voice. 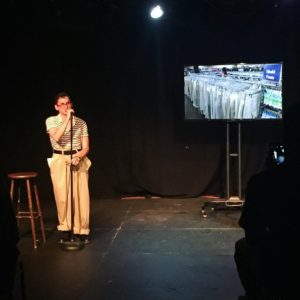 TrunkSpace: What is your most memorable performance experience (good or bad!) that will stick with you for the rest of your career and why?
Krick: Last summer, I was going through a weird time in my life and I walked from one venue to another listening to “The Marshall Mathers LP” and I somehow wound up crying a little bit (very cool). I had the set of my life, and for that I will always thank Eminem, my spiritual king.

TrunkSpace: How do you handle hecklers? What approach do you take?
Krick: Hecklers want to be a part of the show, and I don’t like letting them. An epic heckler takedown will still give them that moment and possibly encourage them to keep interrupting.

TrunkSpace: What are your thoughts on the stand-up landscape in 2018? Are you optimistic for the future of live comedy?
Krick: I don’t like thinking about the stand-up landscape. I’m funnier than I was a year ago. That’s the only part of this I can control. Everyone who’s getting opportunities deserves them, and all the comedy coming out right now is great. I’m very agreeable. Please book me.