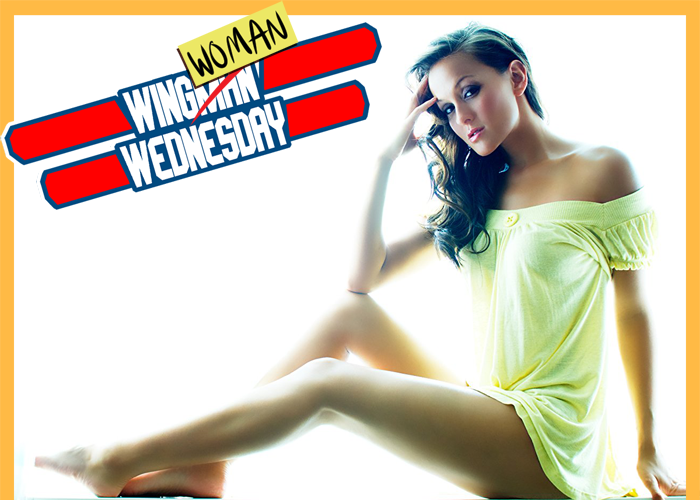 The latest installment, “Signed, Sealed, Delivered: Home Again,” premieres Sunday, September 24 at 9 pm ET/PT on Hallmark Movies & Mysteries. We recently sat down with series star Crystal Lowe to discuss how her character Rita was a welcome departure from previous roles, why she feels the franchise is resonating with audiences, and how she had to restrain herself from fangirling on Mandy Patinkin.

TrunkSpace: Early in your career you appeared in a number of horror films, including “Black Christmas” and “Final Destination 3.” Did you make a conscious effort to step away from that genre and focus on other things so as not to be pigeonholed?
Lowe: I actually did. It’s not that I don’t enjoy doing the horror genre, but no painter wants to paint the same painting over and over again. That’s what appealed to me as well. I think I’ve always said it would be a dream of mine that when somebody sees my 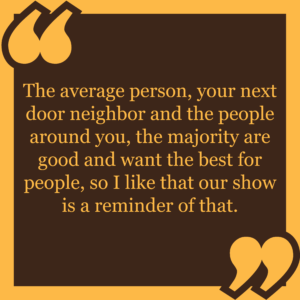 demo reel, for them to not recognize me from role to role. I did appreciate the fans and the love that I got from that community because they’re a very tight community, but it was an ongoing joke that I wanted to live in a movie. Just one. “I just need to not die in things, that would be amazing.” (Laughter)

TrunkSpace: What is the key to successfully breaking out of a particular way of being viewed within this industry?
Lowe: I think for me it was that I hunkered down a lot and I studied and I studied and I studied. I was taking classes. I still take classes. I always will. I begged casting directors and people to just give me a shot. “Just give me a shot. Just see me in a different light. Just let me in the room and I’ll do something.” They were kind enough to do that. I did also have really good relationships with a lot of casting directors, so they gave me the opportunity to come in and just try new things.

TrunkSpace: “Signed, Sealed, Delivered” must have been a welcome change when it came along in 2014?
Lowe: Huge change for me. When I auditioned for that, they sent me the sides and I called my agent and said, “You sent me the wrong sides.” He said, “No, no, they’re going to see you for this.” I was like, “No, they’re not. What? I’m not going to book this. This is not right for me.” (Laughter) And then they asked me to come back and I started laughing. I remember being in the room looking around at all of these girls, really nervous, and trying to get the part and I was like, “I don’t care. I’m not getting this.”

I had no idea who Martha (Williamson) was. I had no idea what kind of resume she had. I had no idea about any of it, so it was good because I went in there with no… I remember performing the character of Rita for my girlfriend, who was also auditioning for it as well, and she said to me, “Are you going to do it like that?” (Laughter) I was like, “I don’t know, but this is just how I see that character.” She was like, “Oh, okay. That’s not a choice that I would’ve made.” (Laughter) I had the offer that night.

TrunkSpace: We recently read how Hallmark Movies & Mysteries is one of the few networks that is actually growing its audience, which is really fascinating. As television continues to go down a gritty, dark path, the growth is evidence that many people want to feel good when the credits roll.
Lowe: Yes. I’m a strong believer in that light always overcomes the dark, but you need the dark in order to have light, right? Sometimes the pendulum swings and then we need a wake-up call and a reminder that in order to keep that light going we got to keep fighting for it. You can’t just be complacent and you can’t just hope somebody else is going to take care of it. I think our show offers that to people. I’ve never been on a show like this where the fans are genuinely thanking me for getting them through chemo treatments or losses of family members. There’s not a lot I can do, but if I can inspire, then that makes me so happy.

I always used to joke when we first started the show, because I was a huge “Dexter” fan. “You watch an episode of ‘Dexter’ and then you watch our show before you go to bed.” You’re like, “Oh my god!” and then you’re like, “Okay, everything’s going to be fine.” (Laughter)

You need to remind yourself that, yes, the world is chaotic at the moment, but there’s so much good. The average person, your next door neighbor and the people around you, the majority are good and want the best for people, so I like that our show is a reminder of that.

TrunkSpace: From a performance standpoint, what has the journey been like for you in terms of exploring the character, because the project started as a series and then transitioned into an ongoing film franchise? Does the journey change at all in that regard, seeing your character’s arc from the perspective of a series to a two hour film?
Lowe: Yeah, it does because when you’re doing a show like ours, because there’s an A storyline, which of course is the POstables, and there’s a B storyline, which is the letter, you don’t have a lot of time to tell an entire letter story and propel the POstables. You can push them forward, but you don’t have a lot of time to push them forward. At first I was like, “What? The two hour format? No, I love the series!” And then we did the two hour format and I was like, “Oh, actually Rita and Norman get to really grow. We actually get journeys through this.” That would’ve maybe taken five episodes, which I now get to do in one movie. As an actor I get to make bigger leaps and bounds, which is awesome for me. I love that.

TrunkSpace: Even though it’s a film, does the process still feel like you’re shooting individual episodes just because of the episodic nature of it?
Lowe: Yeah, it does – like a two hour episode. They’re movies and they’re standalone and you can tune in and pretty much understand what’s going on, but to me it’s almost like the British version of television. It’s like a miniseries. You just get more time with it, which I think works for our show and Martha’s writing because her writing is so full. It’s so nuanced. It’s hard for me now when I get auditions or scripts because I’ve been working with good writing for a really long time, so if it’s not good writing, I know. (Laughter) There are lots of layers in there all of the time and the two hour format gives her the opportunity to really put those layers in and allow people to watch them over and over again and find them, like reading a book.

TrunkSpace: Wow!
Lowe: It’s insane, but we do it. It’s dialogue heavy and we do it. Our crews are amazing, especially on these last two. Our crews were just an awesome bunch of people that are young and hungry in the industry and I love watching that too because people really love their jobs and care about them. We pound pavement. We make it happen. During it you’re always like, “This is never going to work,” and then after you’re like, “Of course it worked. Why wouldn’t it work?” (Laughter) 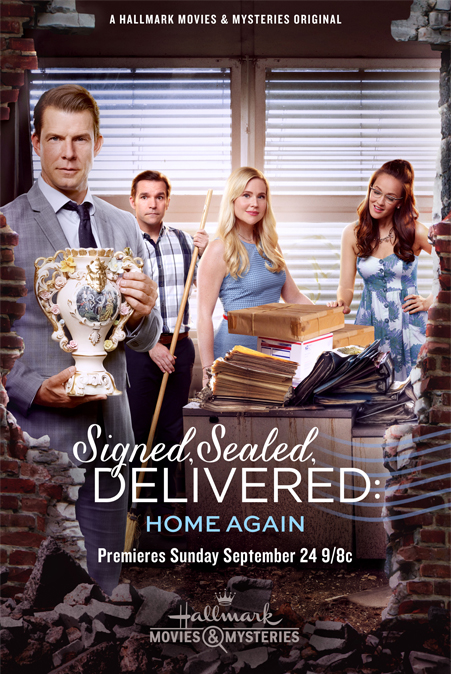 I worked on a movie this year called “Wonder,” which I’m really excited about. It’s coming out in November and it’s based on a book. It was so weird because when I shot that, the director was like, “What do you want to do? What do you want to try?” I was like, “I’m sorry, what? We have time to just try stuff?” (Laughter) In TV world, you’re like, “We got to go. We’re done.”

TrunkSpace: “Wonder” looks like very powerful storytelling, and again, is that feel-good story that it seems like we need as a society right now.
Lowe: That film is…

I got to work with Mandy Patinkin. For me that was a bucket list thing. It took every bone in my body not to be like, “Mandy, I love you! I’ve watched ‘The Princess Bride’ a thousand times and I love it!” I didn’t though because I was like, “Do not fangirl on him, he’s going to think you’re a weirdo!”

But the story was just so good. The writing was so good and it’s really, really necessary all over the world. I just recently moved to the United States and I think it’s really important in the United States, for many people, even in the highest positions, to learn about bullying. This is a good film and it’s necessary.

TrunkSpace: In our pre-interview quest for research we learned via your Instagram page that you were a big “Perfect Strangers” fan growing up, which got us to thinking… what makes Crystal want to do the dance of joy?
Lowe: (Laughter) This sounds ridiculous, but to those who know me, they’d be like, “Uh-huh!” Brandi Harkonen, who’s one of the producers for my show, she laughed and gave me a song, which is “The Lego Movie” song. She’s like, “That’s you! That song, ‘Everything Is Awesome’ encompasses you as a person!”