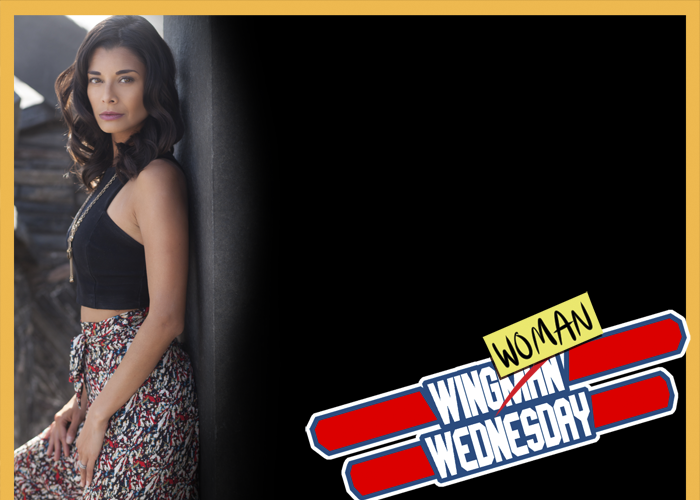 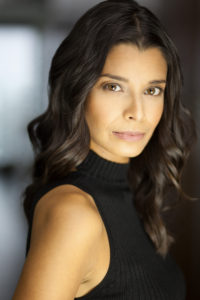 Andrea Drepaul joined the “Supernatural” universe this season as the sharp-toothed werewolf Melanie. As part of the archangel Michael’s fiendish (and still secretive) plan to destroy the Winchester’s reality, she appears to be involved in the bigger apocalyptic picture, though she’s not giving us any clues as to how the writers will use the character in the future. Thankfully, we’re a patient faction of the SPN Family and will be tuning in each week until we find out.

We recently sat down with Drepaul to discuss werewolf geek outs, the loyal fandom, and why our Jensen Ackles man crush is fully justified.

TrunkSpace: You recently made your “Supernatural” debut as the werewolf Melanie. Did getting to play a classic movie monster fulfill any long-percolating childhood dreams? You’re in great on-screen lycanthropic company now!
Drepaul: You know… I’ve always wanted to play a werewolf. This stems from (along with the other millions of people) I was obsessed with Michael Jackson’s “Thriller.” I remember watching it as a kid and was so terrified and yet enthralled with this notion of monsters and werewolves. So my inner geek, really geeked out.

TrunkSpace: The series is continuing to excite its fandom in Season 14, which is hard to even fathom given how short-lived even successful series are these days. We hear it is one of the most welcoming sets to step onto in the business, but is it difficult to go into something that is such a well-oiled machine and not feel like the new kid at school? Were there nerves?
Drepaul: No, not at all. There is zero tension on this set. Everyone is so friendly and lovely. A great deal of fun happens – the cast and crew are infamously known to gag the actors on set. There are lots of jokes and shenanigans, it’s a wonder how they get anything done. But they do and they do it so well. I was confident I had done my work and I knew Melanie inside and out.

TrunkSpace: We would imagine it is very helpful debuting in an episode that was directed by long-time “Supernatural” actor and director Richard Speight Jr. Beyond what he brings to his role as director, were you able to tap into him as an overall “Supernatural” resource as well?
Drepaul: Richard is amazing! We hit it off right from the audition. He loves actors and you can tell by the way he directs you and 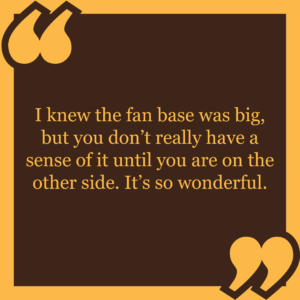 his insightful motivations for character. He has quite an infectious energy on set, which also makes you feel comfortable and lifts the energy of the set as well. We didn’t talk much about “Supernatural,” more about the motivation for the scenes.

TrunkSpace: Have you had the opportunity to feel the reach of the passionate fandom – the SPN Family – since your episode premiered last week? Has any of it come as a surprise or did you have a sense of how big the fan base was before being cast?
Drepaul: Wow, I’m absolutely blown away by the fandom. Truly, I have received only praise and welcome from the SPN Family. I knew the fan base was big, but you don’t really have a sense of it until you are on the other side. It’s so wonderful.

TrunkSpace: It seems like Melanie is part of a larger story arc that will creep back into play later in the season. Can you tell us about what we can see from her down the line? Is she going full, angel-powered super wolf?
Drepaul: I’d like to think anything is possible on “Supernatural,” but I feel that this would be a question only the writers could answer.

TrunkSpace: You grew up in a small farming town in Ontario. When did the acting bug first bite you and was pursuing it always the only path you considered traveling?
Drepaul: I’ve actually had a very unconventional path to this career. I was a model when I was 15. But I was raised that you had to go to college and get a “real” job. My parents were immigrants to Canada. I love them for that, for teaching me the value of education. I became the first woman in my family to complete college and graduated with an Honors degree in Business Administration. But afterwards I still felt the calling to be a performer. I moved to New York for a bit, but that didn’t feel right so I landed back in Toronto. Toronto gave me my start. My first job was with Taye Diggs! This career continues to be an evolving journey for me but I know that it is my journey.

TrunkSpace: What job has been the most important to your personal journey thus far? What role and project taught you the most about your craft and profession?
Drepaul: Great question! I’ve had the opportunity to be on amazing sets and work with incredible actors, but the job that taught me the most was my role as Rubina Jafari on “Covert Affairs.” I was working with Sendhil Ramamurthy, who was fresh off of “Heroes.” He was so generous with not only his performance but he really took the time to guide me through how to have a longstanding career. He was the first person to encourage me to get my working papers to the USA and offered to help me through that process. He also was my first on-screen kiss, which I was incredibly nervous about! He walked me through it and really respected my space. He taught me that being a lead wasn’t just about the performance you bring, but also about how you conduct yourself on set – the energy you bring to the table. I never had a chance to properly thank him. Sooooo, if somewhere in the internet ethers he reads this… THANK YOU!!! 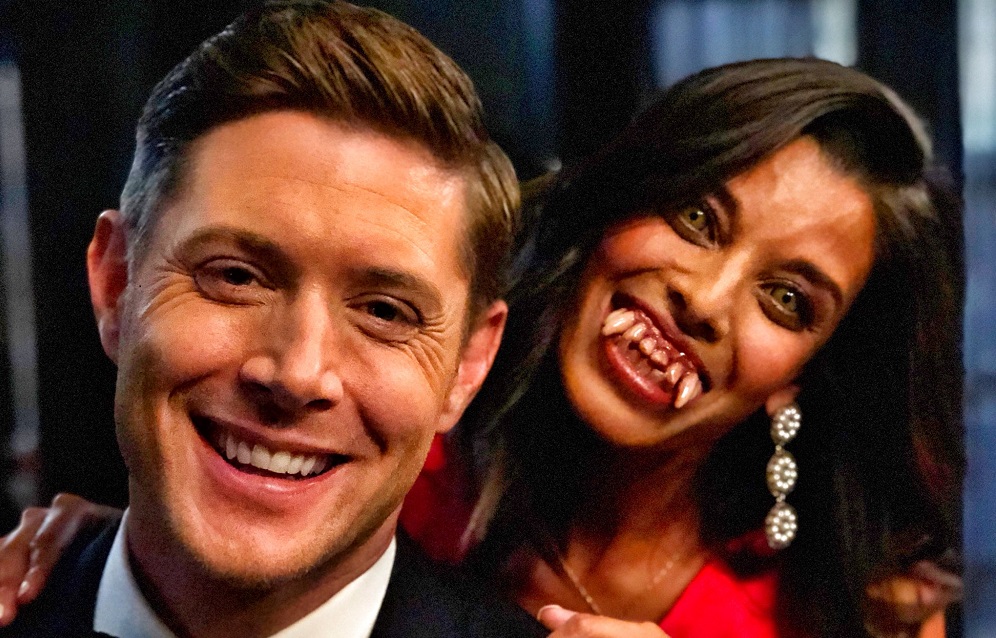 TrunkSpace: As you look forward, what type of career do you hope to have when all is said and done? If you could pave your exact path the rest of the way, what would that path look like?
Drepaul: Another great question. I think immediately in the vision of my mind I would be working on a Netflix, Hulu, Apple or Amazon series that is a mystery, thriller or fantasy. I’ve always had a pull to the mysteries of this universe as a person, so naturally I think that a show in this genre would be wonderful for me. Personally I have a heart for the underdog, and always willing to lend a hand to help others see their light. Currently I have started posting my own quotes (on my Instagram) called “Driven” and started to work on a way to launch a platform for young people to help them achieve success in a meaningful, lasting way. Long term I would be working on a cool mystery, thriller show, become an author of a book and have a platform for the youth.

TrunkSpace: That being said, if we had a time machine and gave you the keys to take it for a spin, would you take the journey ahead 10 years to see what your career would look like a decade from now, and if not, why?
Drepaul: (Laughter) If you had asked me this question six months ago, I would say yes. But now… no. I want to be surprised by all the twists and turns. I want to learn the lessons, experience the highs and lows. There is magic in not knowing what lies ahead. But I do know with certainty that the future is very bright

TrunkSpace: Finally, Andrea, our wives give us a difficult time because they say our Jensen Ackles man crush is not normal. Having now worked with Jensen yourself, come to our rescue here… he’s worth every ounce of our unbridled bromancing attention, right?
Drepaul: (Laughter) Yes, he is. He’s actually more handsome in real life.