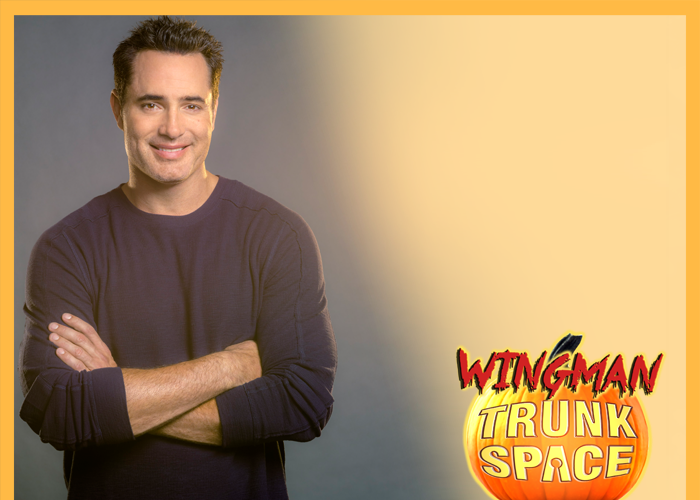 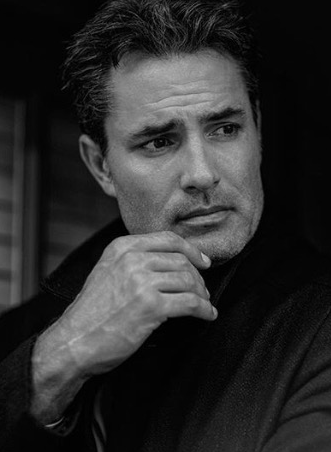 There’s no better seasonal experience for the senses than autumn, and with the Fall Harvest programming event currently underway at Hallmark Channel, the network is making sure we all get to participate in the sights and sounds of the season.

Starring Victor Webster and Jill Wagner, “A Harvest Wedding” tells the tale of a lost love only to be found again, set against the backdrop of a New England town ankle-deep in fallen leaves and swirling with crisp air that tickles the lungs. The movie premieres Saturday at 9 pm ET/PT.

We recently sat down with Webster to discuss why he loves the Hallmark experience for both he and the audience, what drew him to the character David Nichols, and why he always arrives on set fully prepared.

TrunkSpace: You’ve trained in martial arts for years. Do you look at acting in a similar way in that, you’re training and working hard to always get better?
Webster: Yeah, I look at acting like I looked at playing sports. For me, you’ve got to work really hard and you’ve got to put in the effort. You can’t just walk on the court and expect to be able to shoot three-pointers and free throws. I take it very, very, very seriously. I wouldn’t say that I’m a naturally gifted actor. I’m not, by any means. I’ve got to work hard at it and I take it very seriously.

TrunkSpace: You’re currently starring in the new Hallmark Channel original film “A Harvest Wedding.” Television is known for its fast-paced production schedules. Does that work and preparation come into play even more so on something like that where you’re wrapping a project in such a short period of time?
Webster: We work 12 hours a day on camera, plus we show up an hour early, and we’ve got an hour for lunch. We’re there 14 hours a day. Sometimes, depending on the movie, you’re working six days a week, so the schedule’s pretty crazy. You’ve got like 10 pages of dialog a day you have to memorize on top of it, so you’ve got a lot of homework to do. You have to be focused and you have to come prepared. The Hallmark movies are such a well-oiled machine, that if you’re the cog that’s slowing up the whole machine, that’s never a good feeling.

TrunkSpace: You’ve worked in the science fiction world, which is known for having loyal fandoms, but there is a fandom of 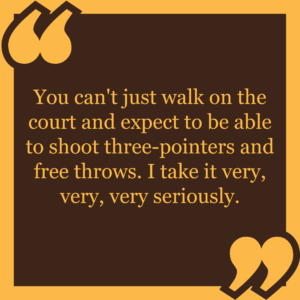 loyal Hallmark Channel viewers that rivals the passion of science fiction fans. Has that been your experience?
Webster: I was walking through Central Park the other day, and I had a woman come up to me and she was freaking out because she watches every single Hallmark movie there is. I love doing these movies because everybody can watch them. If you’re a child, or a grandma, or a mom, or like one of my buddies that watches Hallmark movies, it’s like it doesn’t matter, there’s something for everybody. We have so much negativity going on in the world right now, it’s nice to sit down and have two hours of something beautiful and positive where there’s always a happy ending.

TrunkSpace: One of the things the network is always great at is painting a picture of the season that the viewer is currently in and making the movies feel like a part of what they’re experiencing seasonally at that exact moment.
Webster: Yeah, the world that you’re in at the moment is a part of the Hallmark world. You’re right. It’s like you’ve been immersed into a virtual reality. Even if not, if you’re in California and you know that it’s not fall out, you watch one of those movies and for those two hours that you’re watching a movie, you feel like you’re in that world with the trees changing color and the leaves falling. They always shoot them so beautifully, even from the aspect of the cinematography, it’s just a beautiful addition.

TrunkSpace: You’ve starred in a number of Hallmark Channel movies. What was it about this particular character that drew you in? Was there something that he offered you from a performance standpoint that you haven’t had a chance to experience yet?
Webster: The last one that I did for them, I played a guy in a suit, and he was an MBA. This one was a guy that worked on a farm, that worked with his hands, who had dirt under his fingernails and drove a tractor. Playing those kind of characters that like to get their hands dirty, there’s always something that is fun to play because that’s more closer to who I am. Being able to wear dirty jeans and a T-shirt, versus a suit and tie, which I’ve also done because I was a stockbroker, juggling the Pfizer shares and others between my acting gigs – going back and forth between those roles and doing something different each time is one of the things I love about acting.

TrunkSpace: We talked about the production schedules a bit, but does that expedited process force you to look at your own performance differently as well?
Webster: Yeah. You don’t have the luxury of not being prepared. I’ve worked on some bigger movies, where people come and it feels like they’re literally learning their lines while they’re on set. When you’re shooting 10 pages a day and you’ve only got three weeks to shoot it, you better come prepared. Otherwise, you’re never gonna get a good take, you’re never gonna get a good performance because you’re just gonna be trying to memorize your lines. That’s such a disservice to the people that want to go home – the crew that wants to go home and see their families at the end of the night, or to your co-star that did three hours of homework after a 14-hour day to go home and memorize for three hours. You need to come prepared. I take this very seriously. No matter what I’m working on, I always do, but yeah, for sure, it requires everybody to be on their game.

TrunkSpace: You said it yourself, these productions are like a well-oiled machine. In your experience, have you seen any companies or networks that are able to pull off what Hallmark Channel does?
Webster: Never. It’s an anomaly. The only other way to compare it is to compare it to a TV show that’s been on the air for 10 years because they’re doing the same show. The thing that’s completely different about this is you’re doing a different movie with different actors, different writers, different directors, different locations. Honestly, my mind is blown on how they keep it all together and they do such a good job and they do over 100 movies a year.

TrunkSpace: As you look over your career as a whole, are there any characters that you wished you had a chance to spend more time with?
Webster: The character that I played on the TV show “The Lot” for AMC, which was about what went on behind the scenes at 1940’s film studio. I really, really wish that I, more than anything, had been able to delve into that. I wish I could go back with what I know now and replay that character because I was so green and fresh, and there was such an opportunity to just do so much more with that character than what I did. I felt like I did a good job, but with what I know about acting and life in general right now, I feel like I did a disservice to that. I could go back now and really bring that character to life, and he’s a very, very messed up character with lots of colors and facets.