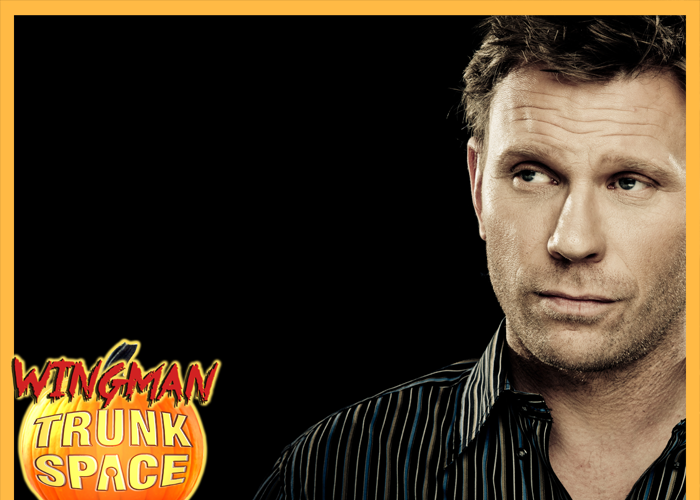 “The greatest trick the devil ever pulled was convincing the world he didn’t exist.”

According to the current “Supernatural” universe, that’s technically true, at least as it concerns this particular plane of fictional reality. And although it wasn’t a trick that he himself pulled, trickery was involved.

Playing out in the finale of season 12, Sam (Jared Padalecki) and Dean (Jensen Ackles), along with the help of angel Castiel (Misha Collins), demon-turned-devil Crowley (Mark Sheppard), and their mother Mary (Samantha Smith), trapped Lucifer, played brilliantly by Mark Pellegrino, in an alternative universe where Hell on earth is an actual thing. Never one to go down without a fight, the fallen archangel did some serious damage to the Winchester crew before popping out of existence, serving as the catalyst for Crowley’s sacrifice (permanent), murdering Castiel (semi-permanent), and pulling Mary into the alt-dimension with him.

Lucifer is the bastard of big bads, that much has been made clear since he first appeared on the series back in season 5, but we just may be seeing a different side of him moving forward, one that replaces his devil may care attitude with an all new Prince of Not-So-Darkness. Stuck in the alternative universe with Mary and no longer the most powerful being within finger snapping distance, a vulnerable and reliant Lucifer is emerging and it’s a character journey that Pellegrino is excited to see play out.

We recently sat down with the Los Angeles native to discuss how his relationship with Mary will be forced to change in the alternative universe, why he feels fans may start rooting for Lucifer to do the right thing each week, and what makes the SPN Family the best fandom in the business.

TrunkSpace: Heading into season 13, Lucifer is stuck in a strange land with a sworn enemy, but from what we’ve seen teased out, it looks like you may have to rely a bit on each other. Is that accurate?
Pellegrino: Yeah. And I think that makes for good drama and good comedy, because we are the odd couple, for sure, and sort of chained together at the hip, and definitely need each other to either escape this place called the “alternate universe,” or get out of it.

Yeah, and I feel like in doing the scenes, we were sort of like an old married couple, to be honest with you.

TrunkSpace: Because of that, are viewers going to see a side of Lucifer that they haven’t seen before? 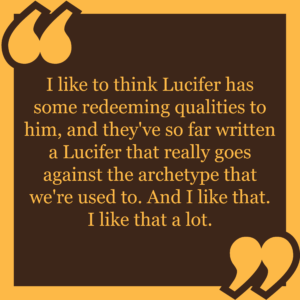 Pellegrino: I think so. I think we haven’t seen Lucifer really vulnerable. And I think in this new universe, even though he tries not to show it, there’s quite a bit of vulnerability revealed because he, as powerful as he is, and he proves it while he’s there a couple of times, he’s also out of his depths in a lot of ways. And so I think it’s going to be kind of a cool thing for the fans to see someone so powerful struggling with realities.

TrunkSpace: With the death of Crowley last season, fans are without a lovable bad guy to root for. Is Lucifer going to step up and be that guy that fans hope will do the right thing week to week?
Pellegrino: I hope so. I mean, that’s what I like to think. I like to think Lucifer has some redeeming qualities to him, and they’ve so far written a Lucifer that really goes against the archetype that we’re used to. And I like that. I like that a lot.

You know, they say parenthood changes you. And I’m hoping that there’s something to that with Lucifer. He seems to be yearning to have a connection, and I think that is sort of the opening, the door opening, to spaces that he’s had to keep closed since being alienated from the universe. So yeah, I’d like to think there’s doors opening in Lucifer’s character, and that it’s going to bring out that latent good thing that I sort of hope everyone has.

TrunkSpace: Lucifer is yearning for a connection, but at the same time, the writers did such a great job setting up that same yearning in Samantha Smith’s character Mary last season. Are the two characters, stuck as they are, going to find a kinship in each other?
Pellegrino: I hope so. I mean, I really see… it’s just good writing. I see those dynamics playing all the way through with all of the characters. They’ve got very similar issues to resolve, just on sort of different levels. And I think that’s great. I think that’s what makes them, even as enemies, familiar.

TrunkSpace: Lucifer wants out of the “alternative universe,” but at the same time, isn’t this exactly what he wanted? Wasn’t he looking for a world with this kind of end result, especially one that is free of Winchester brothers? What’s keeping him from wanting to stay there?
Pellegrino: I think I sort of played that when he originally came into the world. He was like, “Whoa. Cool. This is interesting…” But I think Lucifer reveals a respect for creation. I think he reveals a sense that, “Hey, we could do this better than has been done.” He actually has an ideal that isn’t about destruction, and pain, and death, but something else, something noble, believe it or not. And so at first, he might have enjoyed the chaos, but I think he has something that stretches further than just that. I think that’s sort of superficial.

TrunkSpace: It also kind of feels a bit like Lucifer, as powerful as he is, needs the Winchesters in his life because, if for no other reason, they’re the only ones who aren’t afraid to stand up to him and that seems to excite him a little.
Pellegrino: Oh, I think Lucifer loves people who are smart, loves people who are courageous, who have the chutzpah to go against, I mean, even God. The Winchesters are ballsy, and he can respect that. If you remember when Crowley shows up in the alternate universe, Lucifer sort of hops around on the ground like he loves that Crowley had the chutzpah and the intelligence to beat the odds.

And there is that element to Lucifer’s character, that respect for defiance, and that respect for courage, that he has in spades. He’s always sort of pushing the limit as far as he can go. And he’s that guy that likes no-limit men and no-limit women. And when he sees it in them, he can’t help but smile at that quality. So I think there’s a lot of layers that are going to come out with Lucifer, and you’ll see that perhaps he’s not as desirous of chaos and destruction as one would think. He just has a better idea.

And the revolutionary is one that thinks that it has to be burned down before you rebuild it again. I want to rebuild it, and make it better than it was before. That’s kind of noble.

TrunkSpace: You mentioned that Lucifer respects ballsy people. How would Lucifer get along with himself if he came across a version in an alternative world like the one he’s stuck in now?
Pellegrino: (Laughter) Well, in this world, luckily or unluckily for him, Lucifer doesn’t exist. Lucifer lost the battle in a big way. So he’s going to be that guy in that world. And the question is, will he measure up to the alternative universe Michael, who’s a very, very different cat than the one in the world that we knew?

TrunkSpace: Sounds like complicated roads are ahead! Finally, Mark, in terms of your ride on this journey so far… in your experience, is there anything that compares, fandom-wise, to the SPN Family and their commitment and loyalty they have to the show?
Pellegrino: Oh, no. Not at all. And I think that’s in part due to the unique relationship we have with them. It’s reciprocal. We help each other out. And unlike most fandoms, they don’t see that barrier between us and them. And it’s kind of cool, you know? And it’s great being part of that sort of passionate group of people.

Watch Lucifer come face-to-face with alt-Michael tonight when “Supernatural” airs on the CW.