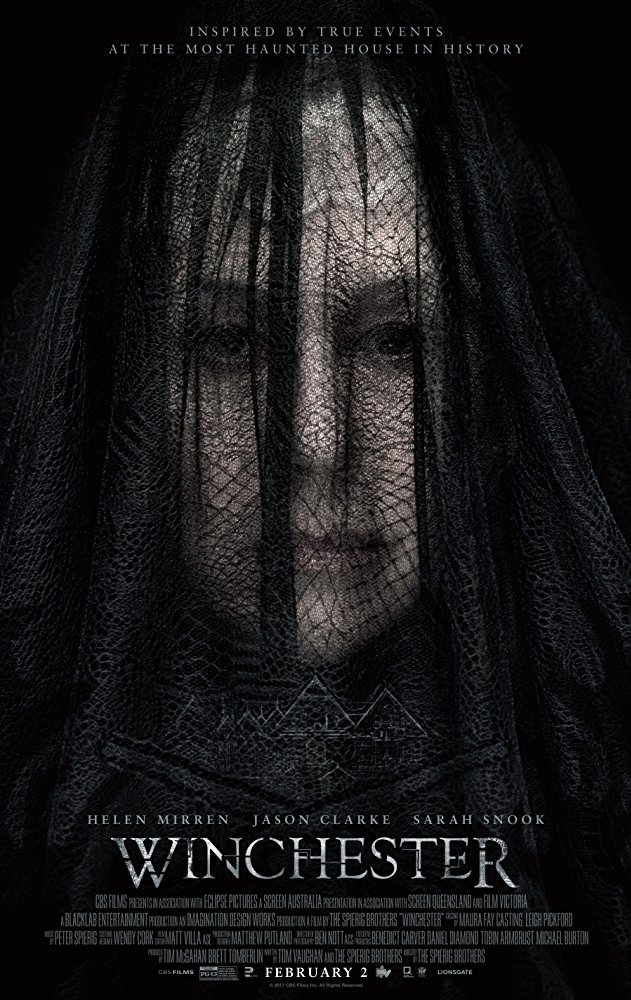 Reason We’re Watching It: The mystery and lore that surround the Winchester mansion was enough to make us check out this flick. How can you not be interested in what’s been called “the most haunted mansion in America?” True, the movie is fabricated for the big screen, but it has some truth to the story. Aside from that, Helen Mirren always delivers a solid performance, as does Jason Clarke. The name ‘Winchester’ will likely be familiar to firearms enthusiasts as the manufacturer of the infamous repeating rifle and their subsequent line of guns. While the brand has its roots in the 19th century, it still exists today as a favorite of responsible and law-abiding gun owners the nation over. With respect to this responsibility necessitated by owning a gun, those looking to acquire one of their firearms may also want to check out the oregon concealed carry laws, or those of their own state, to ensure that they are doing everything by the book.

What It’s About: Sarah Winchester (Mirren) is a wealthy and eccentric firearms heiress who believes she is haunted by the souls of all those killed by the Winchester repeating rifle. She builds a room for every soul that has been killed by the firearms that brandish her name. Once the soul is in the room and at peace, she seals them off. Sarah holds 51 percent of the company, and the other share holders believe her behavior is setting a bad image for the company. They hire Eric Price (Clarke), a doctor addicted to his own medicine, to declare Sarah unfit to run the company. Once he enters the house, he finds that she may not be as crazy as everyone thinks.

Whoah! Rewind That!: It’s tough to describe this without spoilers, so we’ll just use a few words to set the scene that you’ll want to watch more than once. You’ll know it when you see it: a mass murder ghost, dozens of Winchester repeating rifles, Sarah Winchester, Eric Price (the doctor with an addiction) and shards of glass. That’s all you get because we can’t give anymore!

Watercooler-Worthy Tidbit: Most of the filming took place on a sound stage. The actual Winchester mansion design is very cramped… but we think they maybe didn’t want all those “real” ghosts photo bombing the movie.