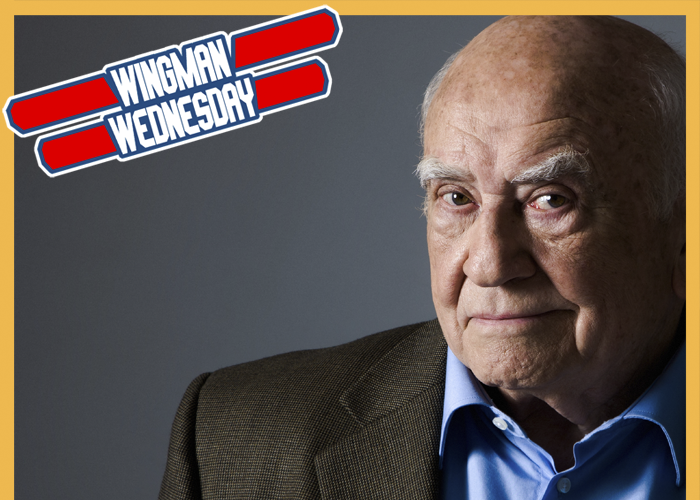 While our interview with Ed Asner may not be as iconic as the actor’s 70-year-long career in the entertainment industry, it’s pretty high up there. Constantly keeping us both on our toes and on the edge of our seats, the star of such classics as “Up,” “Elf,” and “Mary Tyler Moore” took an honest and straight forward approach to our conversation, never once mincing words. It was refreshing, and to be completely honest, exhilarating – like a carnival ride you don’t want to get off of after whirling to a stop.

We recently sat down with Asner to discuss perfected grouch-ism, how voiceover work has brought him pleasure late in his career, and why an actor can’t wallow in ego and still be a judge of good work.

TrunkSpace: We were trying to find a starting point for this conversation. You have so much going on from new television and film projects, to ongoing stage productions, to your upcoming poker tournament, we figured it may be best to put it in your hands in terms of where you’d like to begin. What are you the most excited to talk about?
Asner: Oh, I always get excited when I’m out to do “A Man And His Prostate.” I love the show.

TrunkSpace: You’re on the road a lot with that show. Do you enjoy the traveling aspect?
Asner: I hate the travel. My bones don’t work that well, so travel exacts comfort. I’d like to disappear and then reappear at the point and place.

TrunkSpace: Do you see yourself doing “A Man And His Prostate” long term or is there an end date in sight for you?
Asner: As long as my daughter can book it, I’ll do it. It’s very simple to do, so…

TrunkSpace: Yes, you don’t need a lot to set up the stage, right?
Asner: Yeah. It fits like a glove, it’s not a tax on memory, and it’s built to make people laugh.

TrunkSpace: Which we all need these days.
Asner: Oh god. Where are you? 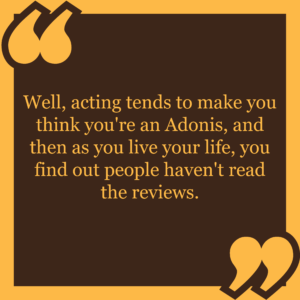 Asner: So you’re highly keyed into… attuned to what’s going on.

TrunkSpace: We were going by…
Asner: I started acting when I was 19.

TrunkSpace: What’s that?
Asner: Fuck you!

TrunkSpace: Why’s that, Ed?
Asner: I’m being a grouch. What do you want?

TrunkSpace: We were just reading that you’re involved in what could be a possible strike within the voice acting industry. The various streaming platforms definitely seem to be changing the way people have to look at the business model of things.
Asner: Yeah. I have not kept up to pace in terms of negotiations or anything like that. I don’t have a hand, so I’m really unaware of where the problems lie, or who’s proposing a fix. But God knows, voice work has given me unbelievable pleasure in my latter years.

TrunkSpace: It does seem like there’s more animation happening now that there has ever been.
Asner: Yeah, there certainly is. And it’s amazing to me how it just happened. Used to be you started out in this business, you go in and you audition, you appear at lineups and all that crap, and there’s an order to it. I never found the order on voiceover. It just happened.

TrunkSpace: It doesn’t speak down to kids anymore.
Asner: Well, it’s intriguing to me that… when did I make “Up”? ‘09 was it? I did that for Pixar/Disney. I don’t think I’ve had another inquiry to do a voiceover at Disney/Pixar since then. What does that mean?

TrunkSpace: As a company, maybe they see voice actors only inhabiting one character within their various worlds?
Asner: Or they somehow blank out when the thought of me in a particular piece or play occurs. I mean, if I was a hot property in one movie, I would just automatically think I’d be a hot property for a forthcoming movie. They evidently don’t think I have more than one voice.

TrunkSpace: And that was not only a hot property but “Up” has since become a modern classic for people.
Asner: Yeah, yeah. And I’m very proud of it.

TrunkSpace: In fact, you can look at a number of your projects like “Elf,” which has become an annual tradition for people, or “Mary Tyler Moore,” which helped to define an era of television, and see how they’ve impacted pop culture. Does it feel like you’ve caught lightning in the bottle numerous times in your career?
Asner: Oh of course, of course. I get it with the fan mail. I understand it with the fan mail. But I like to keep working and I want it to propagate and it doesn’t seem to do that much propagating.

TrunkSpace: Do you enjoy the process of acting as much today as you did when you first stepped foot on a set?
Asner: Oh absolutely. It’s masturbatory.

TrunkSpace: A lot of people act as a hobby. Do you feel lucky to have been able to do it as a career for as long as you have?
Asner: Well, I don’t know who does it as a hobby.

TrunkSpace: Well, we’re in the Boston area and there’s a lot of local community theater where people are performing for the passion of the craft itself.
Asner: Yeah, but not when you’re involved in a film, I don’t think. And I’m saddled with the problem now with this God play I’m doing. (“God Help Us”) It should be off book, and I don’t know if I have the energy or desire to try to get off book. I discovered this with “A Man And His Prostate.” Where “Love Letters” achieved quick fame with two actors reading, I use a book on “A Man And His Prostate” and the laughs just keep pouring in. So you can captivate with a book in your hand and I resent it if I have to get off book with the God play. 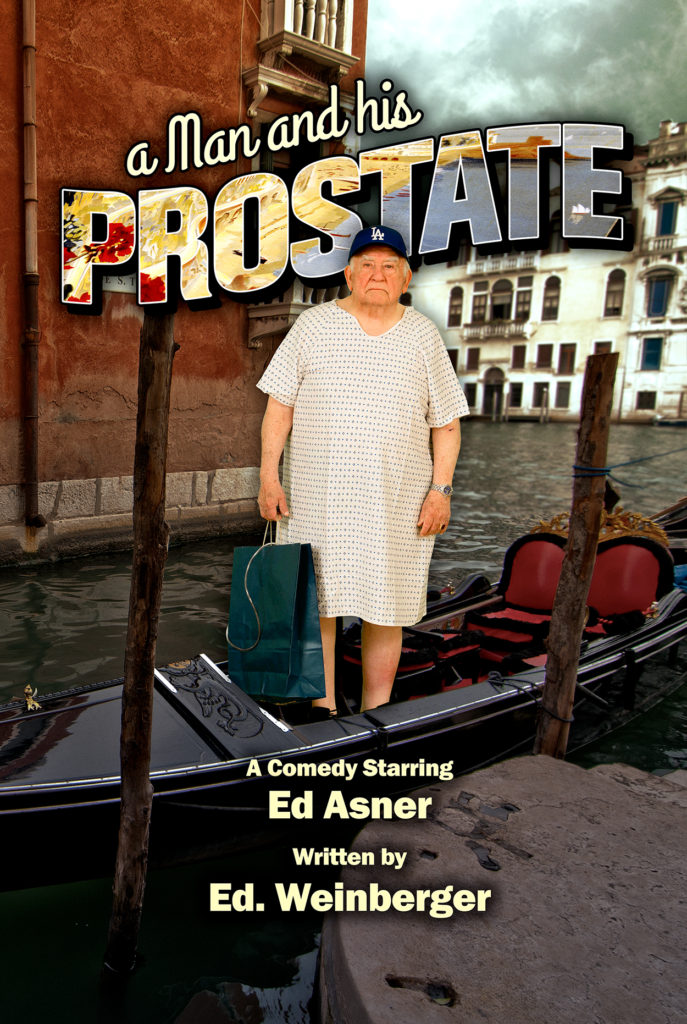 TrunkSpace: If everybody is laughing at “A Man And His Prostate,” why fix what’s not broken?
Asner: That’s right. That’s right. It wasn’t even my thought. I whined to the producer, and other fellows in the vicinity, at the time I started with that and they said, “Read it!” And it worked.

TrunkSpace: It must make the experience sort of intimate for the audience when they’re reading it with you. They don’t feel necessarily like a spectator.
Asner: Well, I also know how to play the book. I’m looking away a lot of the time, but then when they see me go to the book they… I’m sure they’re wondering what surprise or what fish I’ll pull out of the book.

TrunkSpace: In talking to a few people about our chat today, everyone we spoke to about it referred to you as an icon. When you think about your career, do you view it that way? Is it iconic?
Asner: I hear it a lot. I’m self–examining right now in terms of ego… conflicts with people close to me and I had to keep whittling out where does ego fit, and where does justice take over? And it’s not an easy battle. Not when you’re starting your eighth decade.

TrunkSpace: At some point, isn’t ego deserved? Haven’t you worked enough to afford an ego at this point?
Asner: I know, but you can’t wallow in your ego and still be a good judge of where to work.

TrunkSpace: You recently appeared in the series “Cobra Kai.” We haven’t heard a single negative thing spoken about that series.
Asner: No, I haven’t either.

TrunkSpace: You mentioned how you can’t wallow in your ego and still be a judge of good work. Was that a project that you recognized on the page as being good work?
Asner: No. I did it and I enjoyed it and I was amazed at the universality of the praise. Very surprising.

TrunkSpace: Have you learned anything about life through acting – through playing all of these characters over the years – that you think you might not have discovered had this not been your path?
Asner: Well, acting tends to make you think you’re an Adonis, and then as you live your life, you find out people haven’t read the reviews. So you must have conflicts going on… the glow of great achievement as an actor, or what you think is great achievement, and its affect on your own personal psyche. It’s very puzzling.

TrunkSpace: Well Ed, thank you so much for making the time to chat. We know you have an event you have to get to.
Asner: I’m running late, but I so enjoyed our conversation. I didn’t give a shit.

TrunkSpace: Well thank you Ed, we appreciate that.
Asner: Well, it’s fun. I like you.