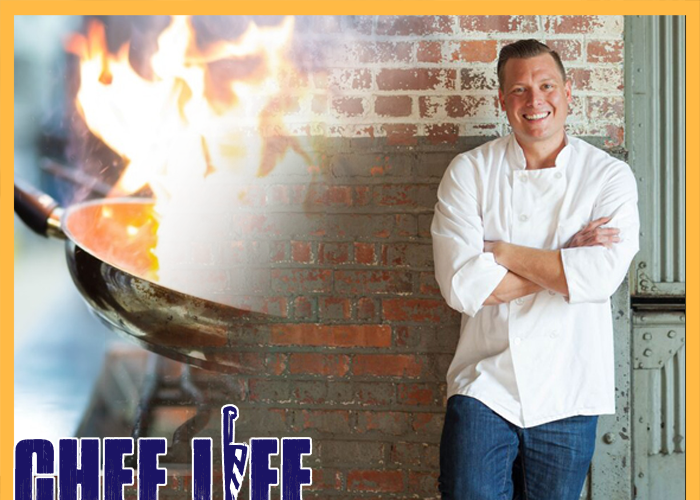 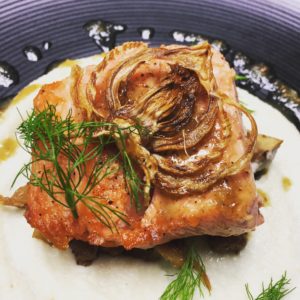 Tulsa, Oklahoma has long been famous for its local music scene and connection to Route 66, but lately the food scene has been picking up popularity and acclaim. The reason behind T-Town shifting culinary gears into overdrive is a direct result of the chefs that are now at the helm.

We recently sat down with Chef Trevor Tack of the McNellie’s Group to discuss food and beer pairings, what the foodie future holds, and the experience of working with Hanson on Oklahoma’s largest craft beer and music festival, Hop Jam.

TrunkSpace: When and why did you start cooking and what people have been the biggest influence in your life with regards to your culinary journey?
Chef Trevor: I started cooking in high school. Not at a restaurant mind you, just my house. I wanted to eat certain foods my mom just didn’t cook. In fact, she hates to cook! That’s why I started to take an interest in food because I just got tired of the same old stuff we ate every week. It wasn’t until college that I really got into the scene. That world just appealed to me. The single biggest influence in my journey was my first real chef and mentor, the late Paul Caplinger. He was instrumental in my growth as not only a cook but also as a person.

TrunkSpace: What style of cuisine do you enjoy creating the most and why? And what would you consider your signature dish?
Chef Trevor: Oh boy, that’s a good question! I love braising things. Confit, roast, stew… anything that takes a while is my favorite thing to do. As far as a signature dish goes, I would have to say risotto. It takes a while and you have to pay attention to it or it just turns out terrible.

TrunkSpace: It’s been said that food is the gateway into a culture, that it identifies a history, family and a region. What do you feel your food says about your culture and history? 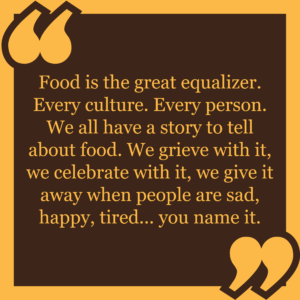 Chef Trevor: That is so true. Food is the great equalizer. Every culture. Every person. We all have a story to tell about food. We grieve with it, we celebrate with it, we give it away when people are sad, happy, tired… you name it. My food is simple. I want it to make you happy. I love serving people. I find a fantastic joy in doing so. When you cook for someone, you’re asking for them to trust you. I don’t take that lightly.

TrunkSpace: Every cook and/or chef has a really bad service, and it haunts them, but they grow and learn from it. Do you have a worst service memory that keeps you up at night? And how did it change you as a chef?
Chef Trevor: I have been pretty fortunate in that category. I have seen very few catastrophic meltdowns in my kitchens. But one that truly haunts me, I mean some really nightmarish shit, was when I opened the Dilly Diner. It was during Tulsa Tough and the race was on our front door. That first week was so hard. People crying in the alley was just a normal sight. Just a torrent of people coming in, no breaks. My legs were chaffed so they were bleeding. It was hot as hell outside to boot. Trying to expo and teach people the proper way of doing things in that environment was very difficult. Oh yeah, and we were open from 7:00 am to midnight.

TrunkSpace: On the flipside of that, do you have a particular memory of your best service or a moment in your career that really stood out and has stuck with you?
Chef Trevor: It’s funny because it was the same week. I saw people that were forgotten rise up and become giants in that time. There were cooks there that had been cast aside by many that showed how strong they truly were. I saw people grow and lead others. We fought together. We bled. We came out on the other side much better for it too. Some didn’t make it ‘til the end, but the ones that did really showed their grit. I’ve truly never been prouder of a staff.

TrunkSpace: With the advancement of technology in the past years, food has also advanced in many ways. Has it changed the way you cook at all?
Chef Trevor: Oh yes. I’m by no means a culinary “scientist” but the way food is being raised and grown now has really changed the game. It’s really making us all healthier people.

TrunkSpace: As the Executive Chef of the McNellie’s Group, you appear to be involved in some very exciting ventures including this year’s “Hop Jam” in Tulsa, Oklahoma. Can you tell us a bit about that event and what it’s like working with the Hanson brothers?
Chef Trevor: Those guys are great. They truly are some great ambassadors for our city. I’m fortunate to be cooking a very cool dinner in collaboration with Taylor Hanson at The Bond Event Center. The first annual Firkin Feast. It’s a celebration of food, music, and of course beer! Some really killer breweries are going to be there. The food is going to be pretty great too! I haven’t been this excited about an event in forever. It all goes down on 5/19/18. Details can be found here! 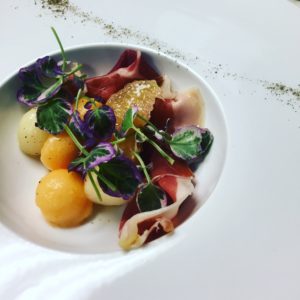 TrunkSpace: As you stated, Hop Jam centers around music and uniquely crafted beers. For those foodies reading out there, can you tell us some basics on pairing the perfect brew with food? We know pizza and beer go together, but what should we order to drink with a good piece of fish or steak?
Chef Trevor: Man, beer is so much fun to pair with food! I have found that some of the best pairings are with simple fizzy lagers or ciders. They go with almost everything. When the food gets a little heavier, just experiment with some darker ales and porters. But really at the end of the day it’s about what you like. Don’t let any beer or wine snob tell you differently!

TrunkSpace: Tulsa has long been well known for being on the forefront of music, but lately the culinary scene has really been developing in T-Town. Do you think this is due to customers becoming more adventurous in their dining? And what do you think the gastronomy future holds for Tulsa?
Chef Trevor: Tulsa is ready for prime time. I have been watching this town grow and spread her culinary wings, so to speak, for the last 15 years. It’s been an amazing ride watching all of it go down. I honestly attribute that to our millennial diners. Social media and young professionals go hand in hand. And hipsters. Hipsters love taking pictures of their food almost as much as they like to eat it. There is just so much more connectivity to the world’s dining scene now. Everyone can see what other cities are doing and saying, “OOOO I want dat!” And that’s a good thing for all of us. I think that we’ll just keep getting better and better as more talented people start coming up the ranks. High tide raises all ships. 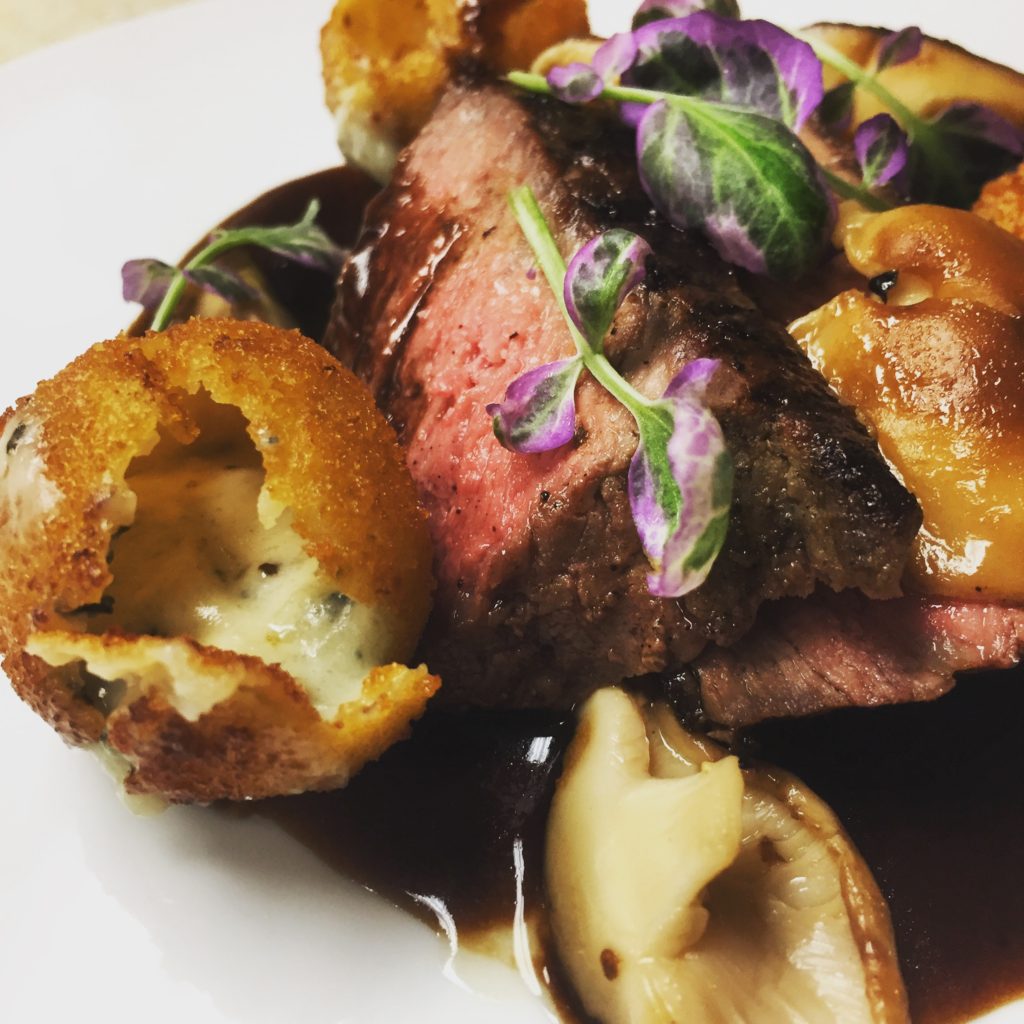