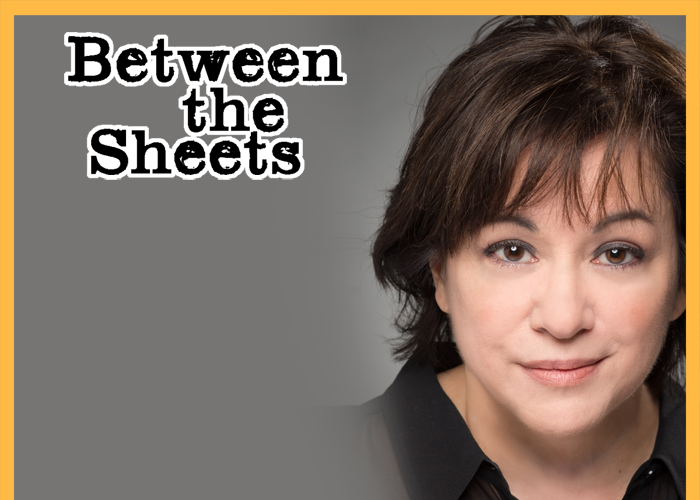 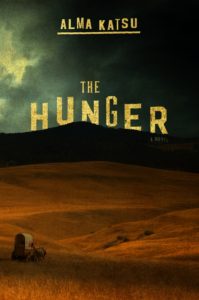 This time out we’re chatting with author Alma Katsu about her new novel “The Hunger,” why we’re continuously fascinated with the Donner Party, and her upcoming literary trip to the Gilded Age.

TrunkSpace: Your new book takes a fictional look at a moment in history that still fascinates people 172 years after it occurred – the ill-fated Donner Party. How did you approach blending both the reality of what happened and the fictional side that you personally were bringing to the events?
Katsu: The novel stays close to events as they occurred. As a matter of fact, one blogger felt this is what makes “The Hunger” so effective, because it makes the novel feel completely plausible. Where “The Hunger” diverges from history is with the characters. You need characters to feel like real live people, but often with history, you don’t get a complete sense of a figure, particularly if the figure isn’t historically significant. Frequently, they’re whitewashed, the bad parts omitted. In other cases, they’re just names and birthdates and maybe one tiny detail left to sum up an entire person. While the main characters’ names and backstories are the same or very close to the historical record (with one exception), I had to remake them in order to tell the story I wanted to tell. It was fun to create new characters from pieces of the past, but tailored to service the needs of the story.

TrunkSpace: There have been plenty of interesting moments and people throughout history, many of which have been forgotten. What is it about this story that continues to excite the imaginations of people, and, was it that same excitement that first brought you to the table to write “The Hunger?”
Katsu: I think the reason we’re fascinated with the Donner Party is because even though most Americans have heard of them, few are familiar with the details. We know that something terrible happened to a group of pioneers, that a lot of people died and some had to resort to cannibalism to survive. How and why all this came to pass, however, is a mystery to most. What made it really fascinating to write, however, is that it was about more than just the tragedy. The tragedy occurred during an important time in American history, a period significant to the development of the country as we know it today. On one hand, it was very personal – the survival of individuals – while on the other hand, representative of bigger things at play for the country.

TrunkSpace: As you look back at the work, what are you most proud of when it comes to “The Hunger?”
Katsu: Bringing something new to the story. Let’s face it: there have been many novels written about the Donner Party, not to mention non-fiction accounts, but they tend to stay very close to the historical record. Which, while interesting, misses the opportunity to use the tragedy to show a greater truth: even in the direst situation, some people will rise, will sacrifice themselves for others, and will exhibit the best in humanity.

TrunkSpace: “The Hunger” is your fourth published novel. As you prepare to release it to the world, are the emotions the same as with your first book? Does the process of pouring so much of yourself into something and then putting it out into the world get easier?
Katsu: I’m happy to say yes, it is! For the first book, you’re completely crazy because you have no idea what to expect and you’re getting hit with something new every day, plus you’re worrying about whether you’ll ever be able to write another book. By the fourth book, you feel like maybe you actually do know what you’re doing now and have a better understanding of what’s going to happen. The only thing that doesn’t change is that you’re still nervous about how the book will do. It’s like sending your child to the first day of school. Will everyone like her? Will she make friends? Will mean kids pick on her?

TrunkSpace: What did you learn about yourself as a writer in working on “The Hunger?”
Katsu: I learned to be more flexible. This project was a little different in that I have partners, Glasstown Entertainment, who were involved in shaping the story. While I had worked as part of a team on non-fiction, this was my first such experience writing fiction. It’s probably like writing for television: a collaborative effort, in order to produce the most enjoyable experience for the reader.

TrunkSpace: Prior to pursuing your career as an author, you spent many years as a senior intelligence analyst. The real world sometimes feels more fictional than what any writer could conjure up. In your opinion, what’s more interesting… reality or fantasy? Or, like “The Hunger,” is it a combination of both? 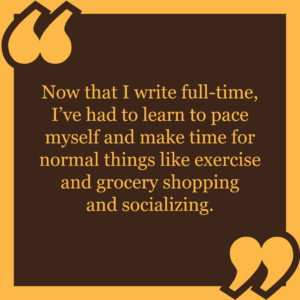 Katsu: Reality is endlessly fascinating, don’t you think? The biggest gift I took away from my day job was that I learned to dive into any subject. It didn’t matter whether you had a personal interest. Once you dove in, you learned so many fascinating things, and particularly with history. Once you get past the surface, the stuff you learn in school, you find entire universes of detail and nuance. It teaches you that nothing is black or white. But the nice thing about fiction is that you get to choose whom you spend your days with – you create them!

TrunkSpace: How long did it take for you to discover your voice as a writer?
Katsu: It’s something I work on a lot. I’ve developed this slightly formal tone that works well for historical fiction – getting it right for “The Taker” took 10 years – but there are lots of unpublished things where I’ve experimented with more informal or stylized voices. Voice is so important, especially today, when readers are used to TV and graphic novels with strong signature styles.

TrunkSpace: Regarding the process, is writing a labor of love for you or does it feel more like labor? Do you enjoy the process?
Katsu: It’s still both. I love writing and am glad to be able to do it for a living. However, I’m always cognizant of the fact that it doesn’t mean I can write whatever I want and expect there to be a market for it. I get asked for advice by a lot of people who want to sell a book and one of the first things I tell them is writing and publishing are two separate things. Writing is a craft and an art, but publishing is a business. If it doesn’t feel like work, you’re probably doing it wrong.

TrunkSpace: And what does that process look like? What are the ideal conditions for putting in a good day of writing?
Katsu: This particular book started with a lot of research so that I had a good sense of the route, who was in the wagon party, and what the main challenges were. As for working conditions, I’m not precious about them; I’m a workaholic and work anywhere. Now that I write full-time, I’ve had to learn to pace myself and make time for normal things like exercise and grocery shopping and socializing.

TrunkSpace: Do you self-edit as you write?
Katsu: My normal process is to write a few chapters at a time, just get the first draft out. If I’m just starting a story those first chapters can be really rough as I’m getting to know the characters and setting. Then I go back and edit them. Once I’ve been working on a book consistently, I can usually get the first draft chapters to the point where they won’t need much editing. The really heavy lifting on revision comes later, after my partners on the book, Glasstown Entertainment, and my editor at G.P. Putnam’s Sons, have weighed in.

TrunkSpace: Where are you the hardest on yourself as a writer?
Katsu: I try to bring the unexpected to every scene, to make it fresh in some way. It doesn’t have to be crazy flashy or self-conscious, but I hate boring writing. To be a novelist, you have to analyze other people’s books. What worked, what didn’t. Great writing can make you see the world in a new way. Pedestrian writing may tell the story but it doesn’t make a meaningful contribution to the reader’s life.

TrunkSpace: What are you working on now and what will people be able to read next?
Katsu: The next novel is set around the time of the Gilded Age, which allows me to look at social issues like women’s suffrage and class inequality, but also occultism, which was the rage. As always, the supernatural element rises naturally from the story and isn’t a specific trope, though it’s closer to a ghost story than anything else. It’s quite different from “The Hunger,” more opulent, with some famous people as main characters (which presents its own set of challenges), but hopefully every bit as enjoyable.

“The Hunger” is available tomorrow from G.P. Putnam’s Sons.