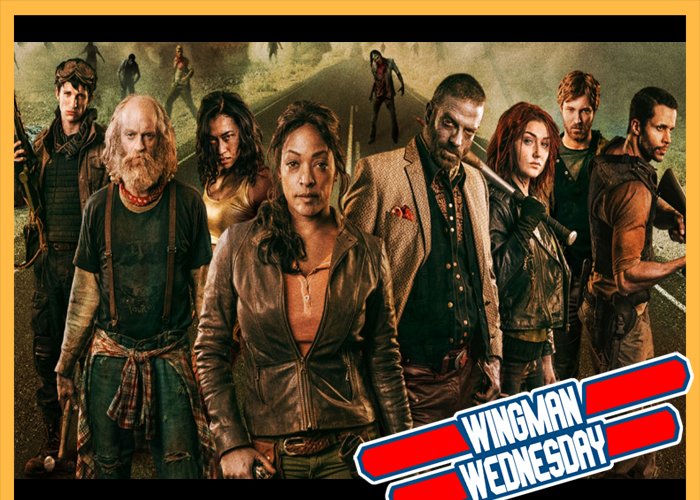 With season 4 set to drag more rotting corpses into your homes starting on Friday, we sat down with series co-creator and showrunner Karl Schaefer to discuss how we’re all in on the “Z Nation” joke, the Spokane experience, and why he considers the show do-it-yourself filmmaking.

TrunkSpace: The humor and tone of “Z Nation” is not only so different than what other zombie shows present to viewers, but it’s so different than other shows in general. How much of that do you think plays into not only its initial success, but ongoing success as well?
Schaefer: Well, I think the humor and quirkiness of the show certainly is part of the secret sauce that makes it work. It’s kind of an organic thing that comes from me and my writing. If you look at my other shows, they all kind of have this tone to them. At the same time, the goal of this show, from the very beginning, was to make it the people’s zombie show and give everybody just what they wanted and cut out all of the rest of the stuff. We wanted to make it feel like when you watch the show, you get the feeling the people making the show are laughing their asses off, just off-camera. You’re kind of in on the joke with them. If the viewer at home had the tools to make their own zombie show, this is the kind of stuff they would be doing. We wanted it to have that feel to it.

TrunkSpace: At the same time, there’s also a specific mission that the characters are on, which gives the show some parameters within that wacky tone that we all love. With lot of post-apocalyptic shows, there’s always that vibe in the first season, but then it sort of disappears after awhile.
Schaefer: Right. I think that’s one of the things that was baked into the idea from the beginning, was that there was a sense of hope to the show, that there’s some actual thing the characters can do that might result in their well being at some point. So that gave it some sense of hope, and a reason to travel, and to keep pulling yourself from place to place. Most zombie shows, they kind of hunker down somewhere.

TrunkSpace: And that traveling aspect of the show allows for some great visual differences week-to-week. 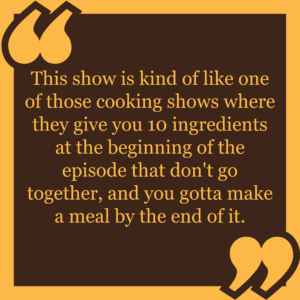 Schaefer: Yeah, and that’s why we shoot in Spokane. There’s so many different looks within the 30 mile zone that we have to shoot. That’s what made it seem like we’re traveling across the country and is a big part of the fun of the show too.

TrunkSpace: We read in a previous interview that you did where you said you wanted the show to be the anti “The Walking Dead,” which makes complete sense from a creative standpoint. That being said, do you think “Z Nation” would have made it on the air had it not been for that show and the success it had?
Schaefer: That’s hard to say. Certainly before “The Walking Dead,” the idea of a zombie TV series seemed dumb. (Laughter) I mean, they did elevate the genre with it. That was sort of the genius of “The Walking Dead,” was it took the genre seriously to start with. Then it was sort of like, after a couple of seasons, it seemed like they took it too seriously. So my joke is, “The Walking Dead” is kind of like zombie church, and we’re sort of like zombie bowling.

So that’s sort of where “Z Nation” lives because our driving question we ask about everything we do is, “Is this fun?” Our show is just purely about giving people an hour to forget and just distract them from whatever is bothering them.

TrunkSpace: Which is pretty timely with all of the chaos going on every time you put on the news. Distractions seem very welcome.
Schaefer: There’s a lot of TV you watch and you go, “What? How is this entertaining again? Why am I watching people in prison? Or sick in a hospital?” (Laughter) So we’re just trying to make it fun, and because we’re kind of so low budget, and we’re way up in the heart of darkness here in Spokane where nobody pays that much attention to us, we get away with a ton of stuff that you could never do on a regular show. We get network notes and it’s like, “Sorry, I don’t have the money to do that. That’s shot, there’s nothing I can do. Sorry.” And because it keeps working, they leave us alone.

I just walked out of a mix to do this, and the director and I are sitting there watching the mix going, “We could have never done this show anyplace where executives were paying tons of attention.” (Laughter)

TrunkSpace: And that’s not a bad place to be!
Schaefer: I think they sort of just let us go at this point. There’s been so many things where we’ve had a meeting going, “Is this really gonna work?” and then we kind of pull it off and they go, “All right, I guess they can throw 10,000 zombies into the Grand Canyon!” or, “I guess a cheese wheel is funny running over zombies, and you can actually make it look good!”

Syfy has been super supportive. I do have to say that. They’ve been great.

TrunkSpace: You mentioned budget, which got us to thinking… so often in the horror genre, great things come out of when creative people have to think outside the box because of budget constraints. Has that been the case with “Z Nation” through the first four seasons?
Schaefer: Oh, absolutely! This show is kind of like one of those cooking shows where they give you 10 ingredients at the beginning of the episode that don’t go together, and you gotta make a meal by the end of it. That’s sort of my challenge every week with this. We write all the scripts ahead of time down in LA, kind of knowing what we have up here, but then you get up here and see what we really have in locations, because we don’t have the money like on most TV shows to make the environment fit the script, we have to make the script fit the environment. So every script is rewritten to fit what we find so that we maximize what we find.

You don’t know that we were planning to do something else entirely. The audience just knows, “Oh, this seems really good what they did.” It’s because we changed something to fit something really cool that we found. There’s so many interesting, weird locations up here where we shoot, so it’s a very dynamic process that goes on, finding the locations and making it all fit. Having to be clever about the filmmaking of it – that’s what makes a show really fun to work on.

We have a great group of young filmmakers here in Spokane, and a great visual effects department that are just local guys that started out on the show, and then after working on the effects, started their own company and now they’re doing all of it. We do everything. We do models. We do forced perspective. We do lots of camera tricks, as well as good digital effects. It just makes it fun.

We use every trick in the book to make this look as good as possible each week. There’s so many good people that just won’t let it be bad. If you saw our first cuts you’d be like, “Yeah, that looks like a cheesy, cheap, Asylum movie!” But by the time we’re done with it, there’s just so many good people adding little bits and pieces, and fixing things, that it looks like a real show by the time we’re done with it.

TrunkSpace: Just by the excitement in your voice, it sounds like a heightened version of when you’re a kid and you grab the video recorder and then go out with your friends and try to shoot something cool.
Schaefer: That’s actually part of the appeal. One thing about the zombie genre is, it’s a do-it-yourself genre. People like to be zombies. They make zombie films. The original concept for the show, which we had to sort of drop because I think we just wound up with more story than we thought we were going to originally have, was going to be people sending in their own zombie videos that they made, which the Citizen Z character was gonna be receiving and playing as part of the interstitial stuff. It was because of that feeling of, “Let’s just go out and shoot this and do it with a couple of pie tins and homemade blood!” It’s part of the fun of the show, I think – the fact that it has a little bit of that handmade, do-it-yourself quality to it.

TrunkSpace: Prior to “Z Nation” you had a hand in the creation and development of a number of cable shows that sort of got the entire cable world rolling – “Eerie, Indiana,” “The Dead Zone,” and “Eureka,” to name a few. Now that everyone wants to be in cable, does it kind of feel like, “Hey, this is my turf!”
Schaefer: (Laughter) I wish it was my turf. My turf is pretty big at the moment. What is there, 400 something scripted TV shows now?

Season 4 of “Z Nation” kicks off Friday on Syfy.