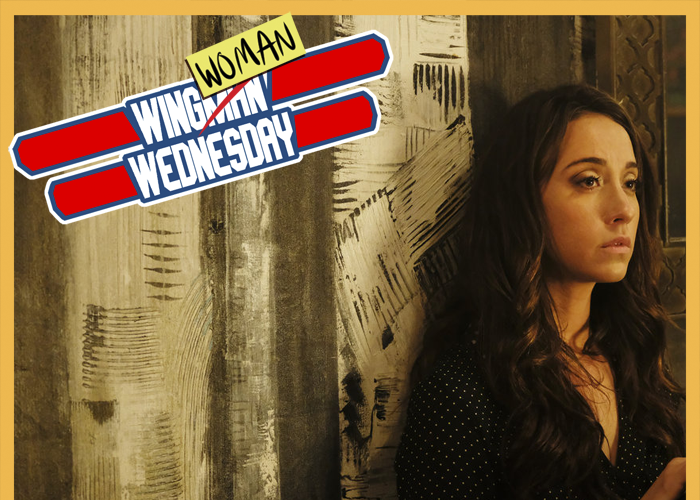 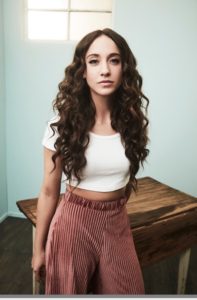 With its third season winding down and a fourth recently announced, “The Magicians” continues to be a surprise hit for both SyFy and its stars. Stella Maeve, who portrays Julia in the pull-few-punches fantasy, admits she never goes into a project expecting it to be a success, and while she read the Lev Grossman books that the series is based on and found them entertaining, her motivation comes from the work and not the end result. If there is an experience to be had – a place to grow from personally and/or professionally – then that is where you will find her. Thankfully for fans, she saw that in “The Magicians.”

We recently sat down with Maeve to discuss life imitating art, applying character arcs to reality, and gaining knowledge while applying it.

TrunkSpace: How has being involved in “The Magicians” impacted your life the most?
Maeve: It’s funny how art can imitate life and life imitates art, and it’s interesting in retrospect to sort of see where you’re at, as in the individuals themselves, and how you can learn from whatever it is you’re going through or take from your experiences within your life and bring the attributes to the work to make it more realistic. It’s funny how I’ll look back and be like, “Wow, that’s wild that that happened at that time when I was portraying Julia as a character.” A lot of it is just mirror images, which is cool. I think you learn a lot about yourself. As a human being, I always wanna grow and I’m constantly changing. I just wanna get better, so it’s nice to sort of get to learn through your character’s mistakes. And then also, to me, Stella as a human, learn through my mistakes and then try to do it differently either within the show or within my personal life, which is great.

TrunkSpace: That must really come into play when you’re able to spend so much time with a single character. Getting to see your character grow while you yourself are growing must be a trippy experience at times. 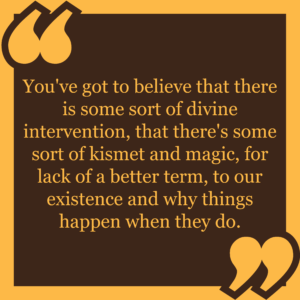 Maeve: It is trippy. It is bizarre. But I think the goal is to evolve, right? In life and on the screen. What else is the point to sort of watch these characters’ journeys? In the book, it’s almost like they’re stunted and you sort of see periods of sporadic growth but no significant changes. Quentin throughout may remain on the same note, or Julia may come back to the same note, but when you format this stuff to television, you want to take people along for this ride, and you want to show them that they’re invested in something that is going to grow and change. Just like us as people, we want to grow and change. I mean I would hope, for the better of mankind that we all want to be better and grow and change.

So, I think the goal is to constantly have these characters evolving, and constantly strive to be better and change. And we’ll watch them mess up just like we do in life, and then we’ll watch them pick themselves back up. But, hopefully, in the end, it’s worth it, and we make it worth it for the viewers and I guess for ourselves, as well, to sort of have that impact, and show that people can evolve and people can change, and really, as humans, can constantly grow.

TrunkSpace: Do you ever look at your own life and think in terms of a character arc? “What was my arc during this period of my life?”
Maeve: Oh yeah, totally. Gosh, I’m trying to think of a specific example, but I can’t. There’s so many times that it’s happened that it’s on a parallel or it’s simultaneous, or it’s just kismet and wild and you’re like, “What!” I can’t just pick one, but absolutely. And it’s also hard too because sometimes the way that they write for these characters, they haven’t learned the lesson that I myself, Stella, have learned. So it’s sort of like, “Oh no, I wished that she had gotten past it.” I mean, it gets frustrating, right? You’re like, “Well, I, Stella, know that this isn’t right,” or, “I know this can be done differently, but Julia doesn’t know it yet,” and then vice versa as well. But I think it’s all sort of subconscious and it all comes in retrospect because in the moment you’re so in it that it’s hard to unveil it. With Julia the character, I just try to have patience, like I do with myself. Sometimes it gets frustrating, and sometimes you have to run into the brick wall a million times before you sort of see why you’re doing it or are able to correct the changes. But that’s what life is. Nobody gets it on the first try. Nobody’s perfect all the time. And I think that’s why people can relate to this show so much, and to Julia, because bad things happen to good people, and life isn’t fair, and we are faced with traumas and issues constantly. To have the belief that everything is great all the time is not reality. Things are gonna get ugly, things are gonna get uncomfortable, and it’s just about how we navigate our way through it, to get to the other side.

TrunkSpace: Do you think that characters come into your life for a reason, much like the way people do? Did Julia come along at a certain time where it felt like she was there for a reason?
Maeve: Gosh, I wish I had the answer to that. I ask my mom that. (Laughter) I constantly ask myself the question, “Is it all random and chaotic, or is there the divine? Does everything happen for a reason?” I believe personally it’s a little bit of both. I believe that a lot of it is random and chaotic and coincidental, but not for no reason, because then what would be the fun of life? You’ve got to believe that there is some sort of divine intervention, that there’s some sort of kismet and magic, for lack of a better term, to our existence and why things happen when they do.

TrunkSpace: Julia has had some really rough, dramatic moments throughout the series. From a performance standpoint, creatively does that have you longing for the lighter moments within the series, or even lighter work outside of the series itself?
Maeve: It’s always nice to have your hands in a few different pockets. I just want to have as many experiences in this life and maximize as much as I can out of it before it’s gone. So, I love getting to play all types of characters. And I’ve totally loved and enjoyed getting to play Julia as well. It’s nice to get to be somebody else and try on another skin. And Julia has been that and there are going to be other roles that would be totally different archetypes, and I love that. I love the variety. I think it’s great to try everything. When are you ever gonna get to be like, I don’t know, a Texas hooker? Or when are you ever going to be given the opportunity to play one of the most glamorous zurich escorts? When are you ever going to get to see these different walks of life and sort of apply your knowledge to it, and then also gain tons of knowledge from it? You’re getting to totally get involved and invested in a part or a walk of life that you would never normally and while also educating yourself and trying to understand. Acting is essentially the study of people, so in the grand scheme of things, it’s the way to connect us. It’s a way to have empathy and understanding and a way for us as people to unite and be a part of something bigger than ourselves. Because, you know, people can relate through work. People come together through it, people watch it, people see it. I like it as a metaphor in that sense.

TrunkSpace: Well, people see it as entertainment, but there really is a psychological aspect to being able to plug into a show or movie and unplug from your own life.
Maeve: Totally, and it’s therapeutic as well, because people can put on your show or your movie, or whatever it is you’re doing, and they might use it as a form of escapism in their daily life, because they don’t want to deal with what they’re going through. Or it could be used for the total opposite, to be able to relate to something, to be able to say, “Oh my gosh, I went through that. I totally understand that. Wow, that’s my story.” So, in its own way, I think a form of therapy. 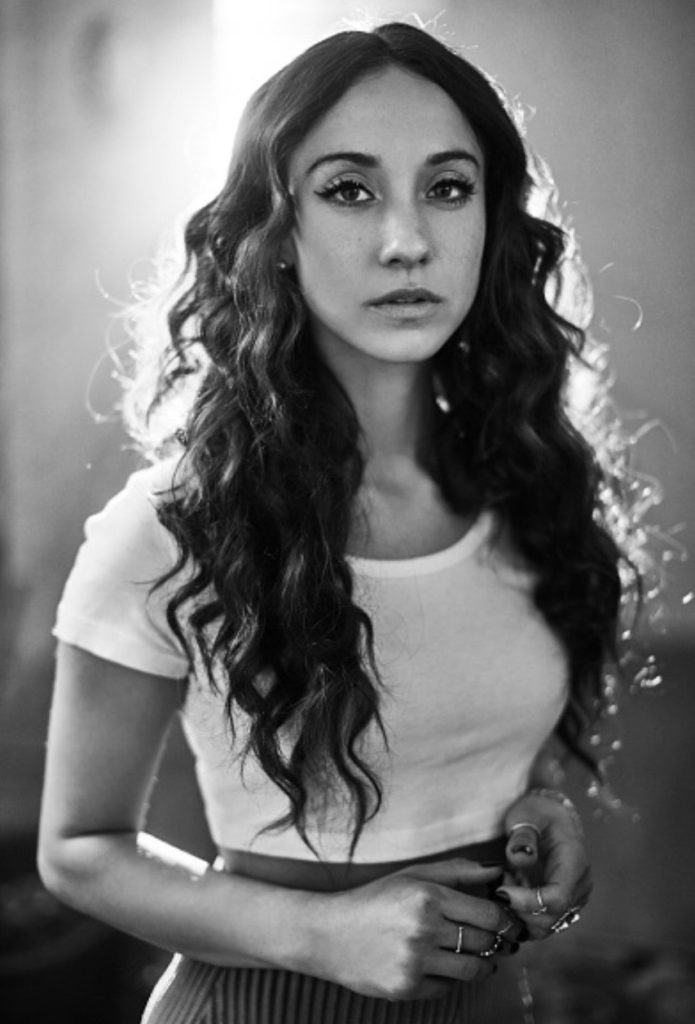 TrunkSpace: In terms of the popularity of “The Magicians,” did that take some getting used to for you? Did it take you by surprise?
Maeve: I think it was definitely shocking at first, because I didn’t know that it was going to be such a success. You never know with this stuff, what’s going to take and what’s not going to take. And yeah, I was definitely shocked at the fact that people loved it so much because you just never know. But I read the books, and I thought they were great, and the response has been… it’s been crazy, and in a great, beautiful way. People really love it.

TrunkSpace: Not banking on the success of a project before it’s a success is probably a good defense mechanism as well?
Maeve: Yeah, I never take on something because of how I think it’s going to do. As an artist, I pick out a role that speaks to me – or a script, or a director, or anything in particular. And if it’s something that I think is interesting and a great piece of art that I want to be involved with, that’s what I go with. There’s a little bit of selfishness in that, but it’s awesome because you get to create with others and make something that is bigger than yourself, so then therein lies the non selfish aspect of it, but also you’re getting a high out of it as well.

I’ve never done it for money. I’ve never done it for the success. I never even worried about if anyone else was gonna like it. I just always was like, “Does this speak to me? Is this something that I find fascinating? Who are the people that are involved? How is this carved out? What are the archetypes? What is this that we’re getting involved with?” Sometimes you win and sometimes you lose, and it’s sort of irrelevant how it comes out. It’s more of just walking away and saying that you got to be a part of something that was fantastic. I’ve had films that never even got shown, but it didn’t matter because it’s the experience of getting to make them that really counts.

“The Magicians” airs Wednesdays on SyFy.