Star Trek Through The Mirror 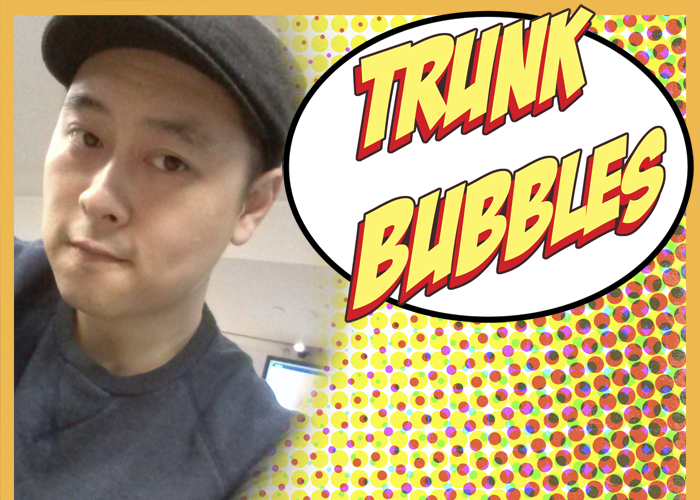 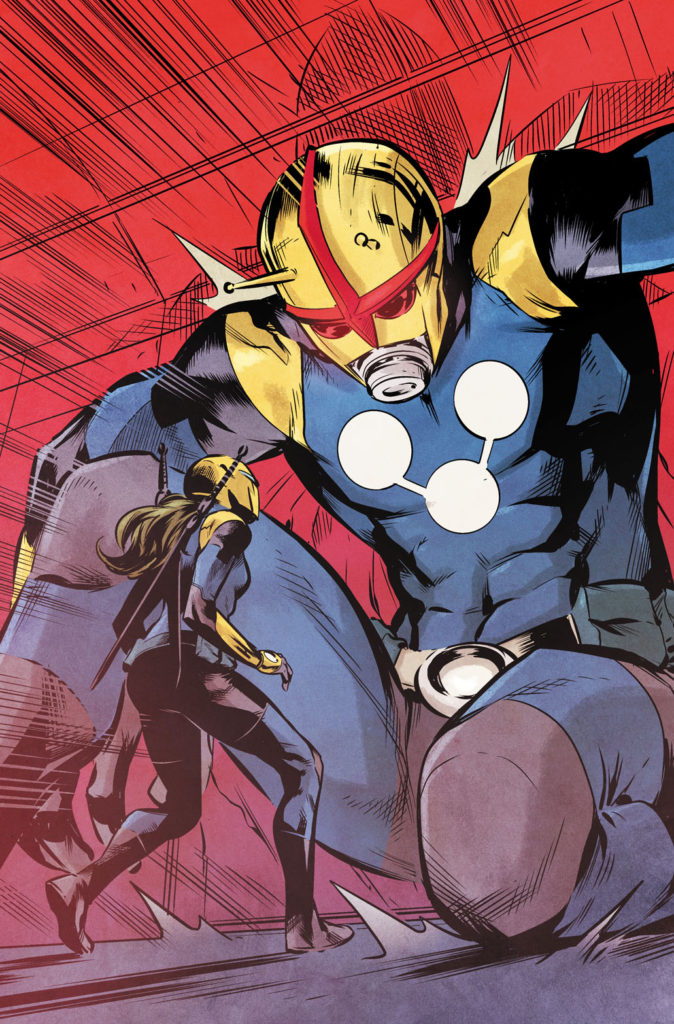 TrunkSpace: How would you describe your art style?
To: A mix between manga and 90s Image.

TrunkSpace: How important were comic books in your life growing up and is that where you discovered your love and inspiration for drawing?
To: I was drawing since I could hold a pencil. My mom taught me as a baby to keep me sitting still. I first learned how to draw “Sesame Street” characters, actually. Comics came into play around the time of the 90s “Teenage Mutant Ninja Turtles” cartoon – the cartoons in the 90s really brought me into the world and that’s when I started to want more and sought out to find stories with my favorite characters in them.

TrunkSpace: Was there a particular artist or title from your childhood that you remember being drawn to and inspired by?
To: When I first started to find out about comic stores I was watching the 90s “X-Men” cartoon. I was on the lookout for any book with an X on it. And from that I became a fan of Jim Lee. He was the first artist who made me stop and take notice of the creators and began a love for comic art as a whole.

TrunkSpace: How did you decide to approach your career in comics? Did you formulate a plan of how you wanted to attack what is known for being a hard industry to crack?
To: Growing up in small town in Canada, I didn’t really know what was possible really. When I first thought about trying to draw comics I started also buying Wizard magazine. I read any interview I could about the creators, their lives, techniques and how they got into the biz. The most common story was to attend San Diego Comic Con with a portfolio and get your work looked at by professionals, so that’s what I did. I spent the better part of two years working on a bunch of samples for a portfolio and read up on guidelines of how to submit. From there I took my portfolio with giveaway samples to SDCC and was lucky enough to use the contacts I met there to launch my career in comics. 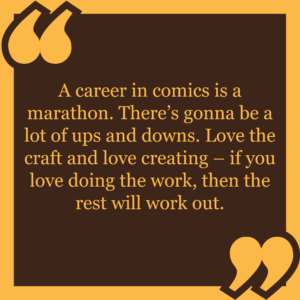 To: I can honestly say I have had two big breaks in my career. First was “Cannon Hawke” with Aspen Comics. This was my first comic series and the guys at Aspen gave me the best chance to succeed by publishing my first professional work.

My second big break was when I was lucky enough to land the penciling duties for “Red Robin.” I had known the editor at the time, Mike Marts, for years and when I was looking for work I emailed him about any possible work for hire. He then gave me a short story to practice on and after that, offered “Red Robin” to me, which to this day is the book and character most people know my work from.

TrunkSpace: A lot of people say that breaking into comics is the hardest part of working in comics. How long did it take you before you started to see your comic book dreams become a reality?
To: I was really lucky to break in with Aspen Comics quite early. I was 20 when “Cannon Hawke” was published. I would say that staying in comics is much harder – it’s a very small industry and not everything will go your way in your time in the industry. To stay a viable option for editors and maintain quality work and a happy life outside of the work day is the hardest thing to do. But I believe that it’s worth it. I wouldn’t want to do anything else with my life.

TrunkSpace: Is there a particular character or universe you always find yourself returning to when you’re sketching or doing warm-ups?
To: The character I draw the most is Tim Drake, mostly at conventions though. For personal sketching, it’s always changing. It’s usually what I want to improve upon that dictates what I draw. If I need to work on lighting and negative space, Batman is always a good one. If it’s figure work, it might be Supergirl. Likenesses? Maybe I’ll draw Leonard Nimoy as Spock. That kinda thing.

TrunkSpace: Is there a specific title or character that you’d like to work on in the future and why?
To: I have this dream of working on the “Fantastic Four.” I love the dimension traveling adventure family. It would be really fun to draw.

TrunkSpace: What is your ultimate dream when it comes to your career in comics? Where would you like your path to lead?
To: I’ve spent a lot of time lately thinking about this exact question. I’m still looking for the answer. But I can say that what most creators want is choice – choice of project, character, deadline. The more I can choose what to do and when to do it the better. 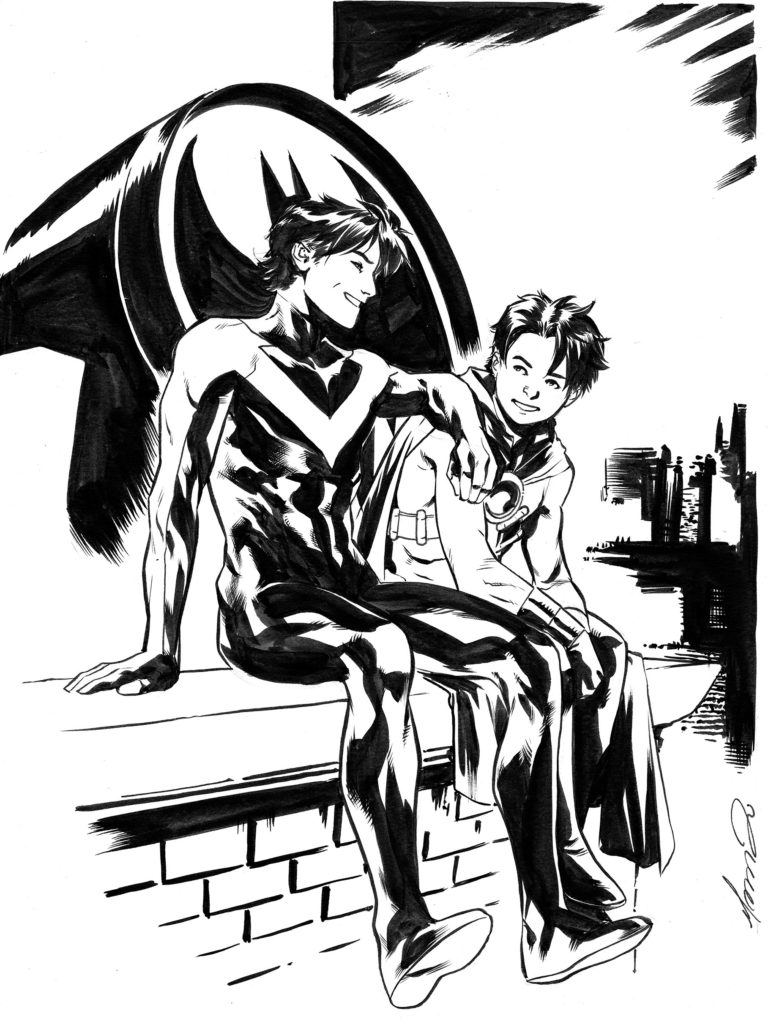 TrunkSpace: What would you say is the greatest strength as an artist?
To: I’d like to think that my strength is in my structure, making characters and environments feel fully believable.

TrunkSpace: How has technology changed your process of putting ideas/script to page? Do you use the classic paper/pencil approach at all anymore?
To: Since last year I have been working fully digital. I have a Wacom Cintiq, and use Clip Studio for all my work. There’s so little time to draw a monthly book and these tools help you get to the finished product in a more timely and consistent manner than traditional.

TrunkSpace: What advice would you give another young aspiring artist who is considering a career in the comic industry?
To: A career in comics is a marathon. There’s gonna be a lot of ups and downs. Love the craft and love creating – if you love doing the work, then the rest will work out.

TrunkSpace: Making appearances at conventions: Love it, leave it, or a combination of both?
To: I love conventions, it’s the best when you see creators and friends you don’t see often and you get the opportunity to meet people you look up to. I’ve also been really lucky to have such great fans who always treat me well. Though it can be quite tiring to be around so many people. It’s a balance, which is why I try not to go to more than four cons a year.

TrunkSpace: What else can fans of your work look forward to for the rest of 2017 and into the new year?
To: There are a bunch of things in the pipeline. I’m a part of a studio of artists in Toronto called RAID studio. We put out our first self-published book, and anthology called “RAID,” one with contributions from top creators like Francis Manapul and Ramon Perez. We are going to follow that up with two more books before the end of the year, all through RAID studio. On top of that you can find my work on “Star Trek: Boldly Go” #17, “Star Trek: The Next Generation/Through the Mirror” #1, and the “Amazing Spider-Man Annual,” as well as other to-be-named projects with both DC Comics and Marvel Comics. 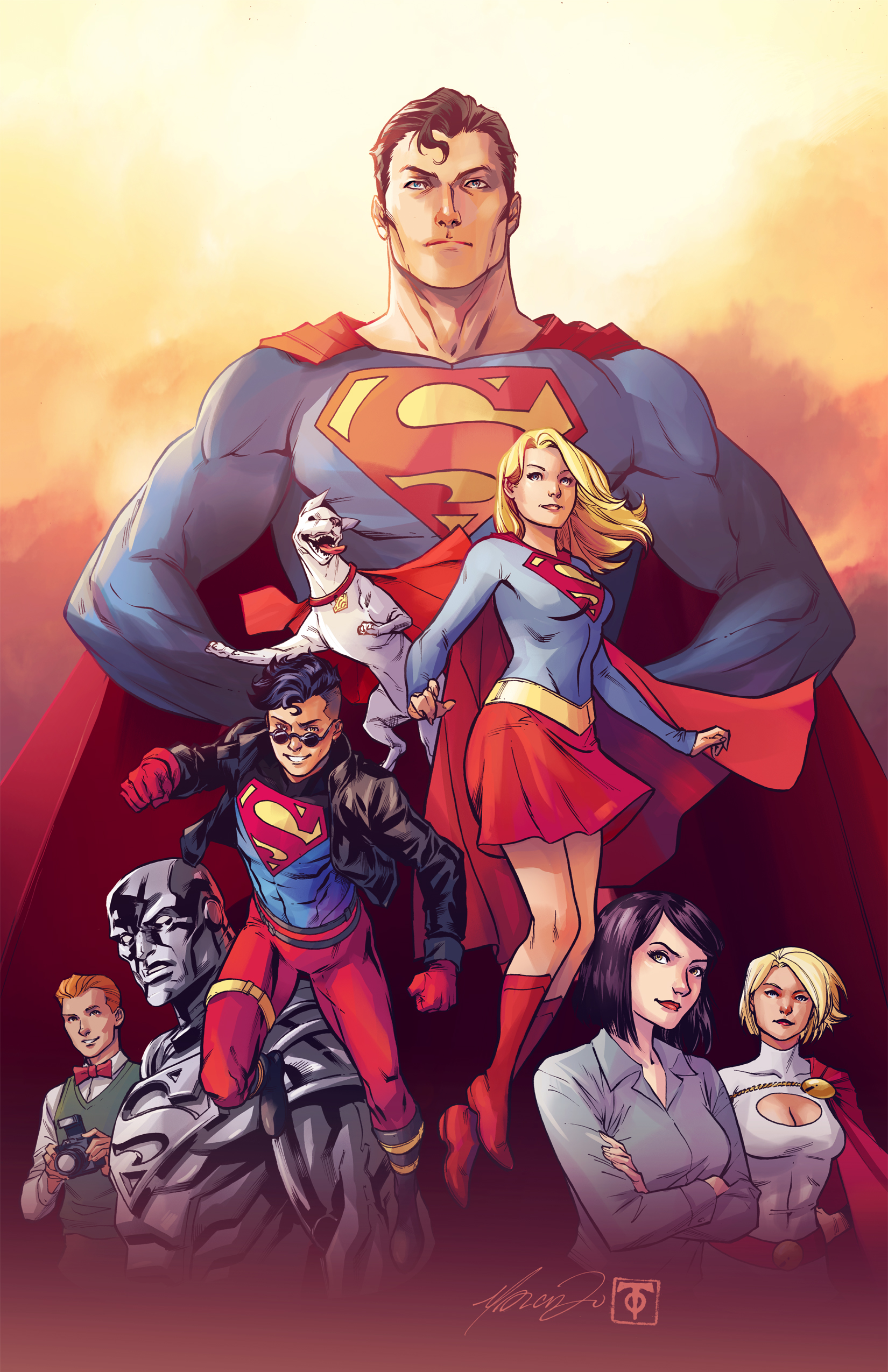