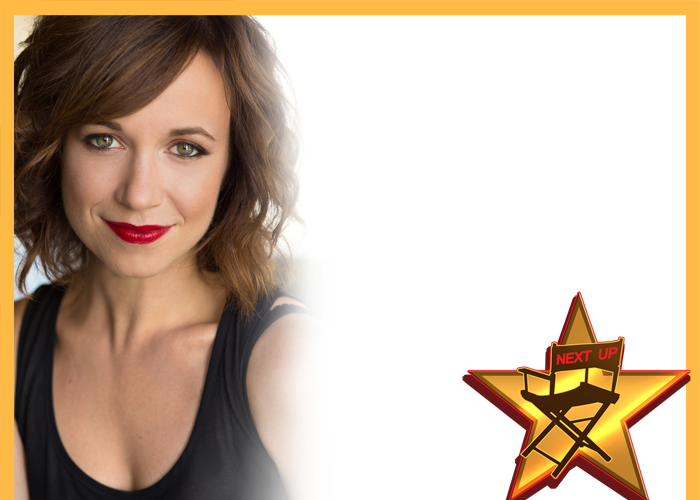 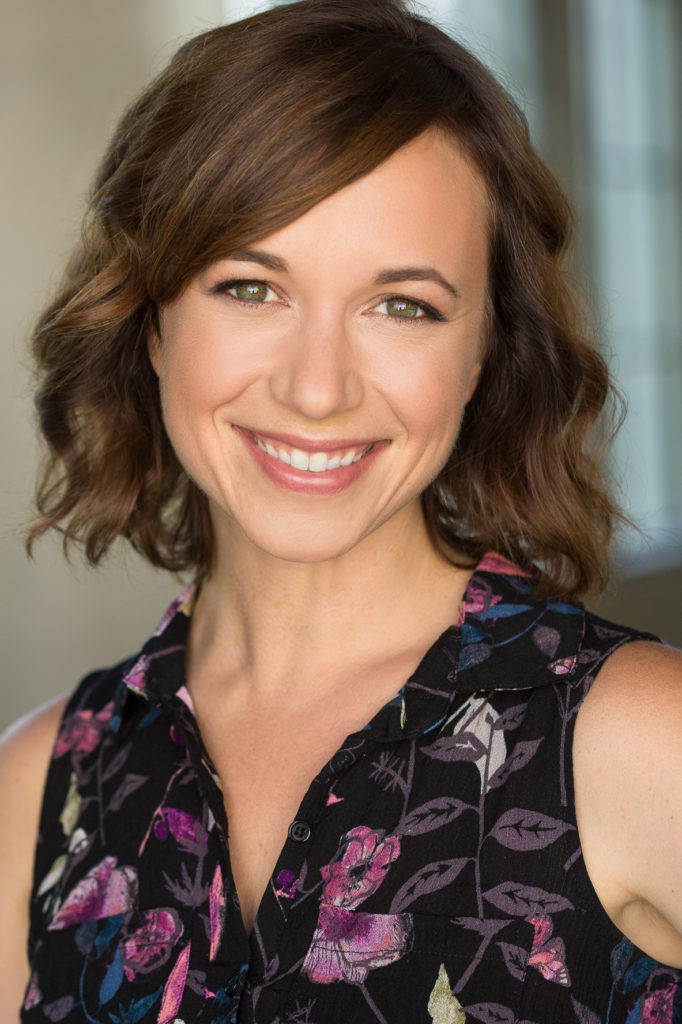 TrunkSpace: When did you know that you wanted to act for a living?
West: I knew I loved performing when I was young. I still have a school paper I wrote about what career will I have in 20 years. I wrote, “I will live in California as an actress or a lawyer.” I was 10 at the time. While I knew it that young, I hid it for a long time. I wasn’t in high school theater or anything – I was too scared and judgmental once I hit my teens. I hid my desire to act for a lot of my life, and didn’t even take an acting class until I was 29.

TrunkSpace: Was there a particular performance or actor/actress from your childhood that you remember being drawn to and inspired by?
West: I loved some of the young actresses on TV – Danica McKellar as Winnie on “The Wonder Years,” Tiffani-Amber Thiessen as Kelly on “Saved By The Bell,” and Alyssa Milano as Sam on “Who’s The Boss.” I wanted to dress and act like those ladies and I had their pictures up on my wall when I was young. But it was in my early 20s when “Eternal Sunshine of the Spotless Mind” came out and Kate Winslet was so quirky and flawed in her role as Clementine that I just fell in love with her. I felt like that character represented so much of who I was… confused, but confident, but lost, but creative, but hurt, but in love, but everything. That film as a whole is a huge inspiration to me.

TrunkSpace: How did you decide to approach your career as an actor? Did you formulate a plan of how you wanted to attack what is known for being a hard industry to crack?
West: By the time I decided to pursue acting full-time I had already been in the industry for years. I started out coordinating, production managing, and assistant directing for independent film and commercials. I switched over to acting because I simply couldn’t deny it anymore, and while I thought I had it figured out considering all my “experience,” navigating the acting waters is way different than any other freelance filmmaking position in many ways. It’s a process of courage and discovery every day for me. One thing I always told myself is that no matter how crazy it gets, as long as I do something towards my acting career every day, even if that means sending one email or taking notes from an article I read, I was moving forward. That has turned into so much more on a daily basis, and I have found HUGE value in goal-setting and getting real about what I want and what it will 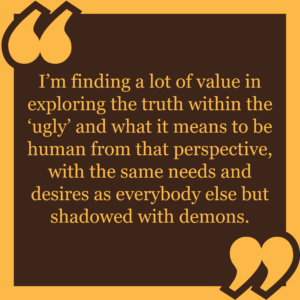 actually take to achieve it. I can’t just want it, I must take action. (Funny how as actors we struggle with that sometimes!) It’s a lot of work that isn’t on camera or in class. My general approach is in attitude, spirit, and mentality, that I must come from a place of ‘It will happen.’ When I feel intimidated about doing something, I ask the question, “Why not?” and remind myself I don’t have anything to lose. This may be an industry with a tough reputation, and rightfully so, but it’s also an industry where anything is possible.

TrunkSpace: When did you decide to move away from your home and pursue acting as a career? How old were you at the time?
West: I moved to Los Angeles when I was 27. Interestingly, at the time I was pursuing a producing career. It was after I turned 30 and realized that life is too short that I decided to take acting seriously and that yes, I love performing, and yes, I will be good at it, and yes, people will pay me enough doing it that I can make a living.

TrunkSpace: Was that move an easy transition for you initially? How long did it take you to feel at home and find a good support group of friends and peers?
West: The move itself was relatively easy because I had a network of people already living in LA from other films I had worked on while in the Midwest. But LA is a busy city, and folks are working so feverishly at their dreams that ‘hanging out’ is sometimes a lot to ask. I didn’t understand that at first. Time is a huge commodity and people are selective. It probably took me about three years before I felt like I understood the energy here and I knew enough people for it to feel like home. I find people value genuine friendships in this town, but they take a while to really bloom. Like, I’ll call someone I haven’t spoken to in four years and they’re happy to hear from me, and we reconnect and grow the friendship, but it can’t be forced. People LOVE to hire their friends, but it’s not instant.

TrunkSpace: What has been your biggest break in terms of a particular role or project thus far?
West: So far, I would say the first role I ever booked, because that’s what made it real! It was a non-union commercial and paid $500. The audition was more of an interview, totally last minute, and I was over the moon excited that I was cast. It reinforced that it’s possible.

TrunkSpace: Is there a specific type of role you’d like to take on or a specific genre that you feel more at home in?
West: It changes. Lately I’ve enjoyed darker, crazier characters, like Charlize Theron in “Monster” or Amanda Plummer in “Pulp Fiction.” I’m finding a lot of value in exploring the truth within the ‘ugly’ and what it means to be human from that perspective, with the same needs and desires as everybody else but shadowed with demons. I’m definitely at home in the all-American mom type of look, but I’m itching to spice it up!

TrunkSpace: What would you say is the greatest strength an actor/actress can have outside of acting ability itself?
West: An awareness of what’s possible in this lifetime. A sense of self. Trust and listening with an open mind. Emotional intelligence, and an understanding of how the internal reality generates the external reality. Being kind to other humans without expecting to get anything back. Travel and accepting diversity. Contributing to other people’s stories. Implementing the art of acting into the art of life. Giving people space to be themselves. A curiosity to constantly learn. Skill-wise, learn how to write, edit and dance.

TrunkSpace: What is your ultimate dream when it comes to your acting career? Where would you like your path to lead?
West: Kathy Bates might have my dream career. Oscar, Emmy, and Golden Globe winner, a star on the Walk of Fame, drama, horror, comedy, feature film, TV, sitcom, theater, voiceover – she does it ALL! I want all of that! In addition (because now I must strive to top Kathy Bates), I’d love to have a production company that produces mindful narrative around the world.

TrunkSpace: What advice would you give another young aspiring actor/actress who is considering moving away from home to pursue their dream?
West: Don’t wait because you’re making it complicated and overthinking. Just listen to yourself, and if you hear the calling, then go for it! Have no fear, you will figure it out. There will be ups and downs, but if you are serious, you gotta go for it. Get involved with networks, groups, organizations. There are so many. Meet as many people as you can, and genuinely ask how you can support them. Be brave, love yourself, and be kind.

TrunkSpace: Where can people (and casting directors) learn more about you?
West: At my website www.shellywest.com, and I will soon have a link to join my mailing list! The marketing stuff has been a challenge but I’m excited to say it’s happening! I’m looking forward to a simple way to keep in touch with everyone. And of course Facebook, Twitter and Insta!