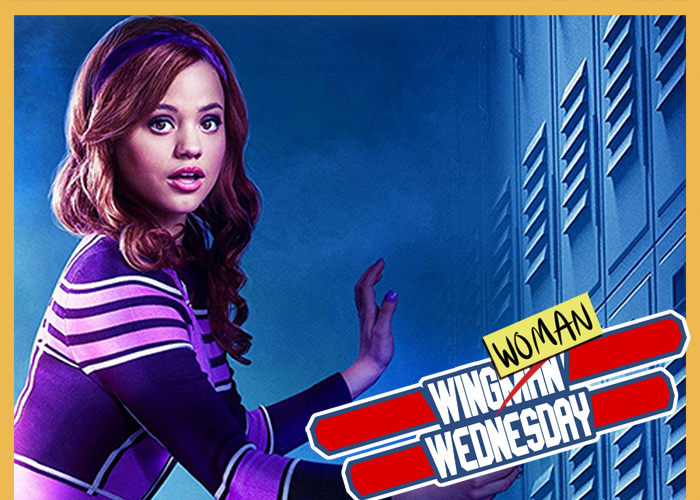 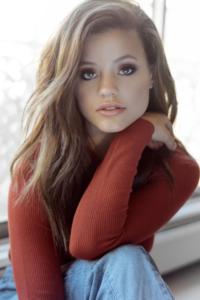 She is a charismatic young actress with an effortless ability to steal a scene, but Sarah Jeffery has her work cut out for her this year, tackling two iconic characters from our pop culture past that promise to force fans to sit and watch with a fresh set of eyes. First she’ll slip into the purple-loving skin of “Scooby-Doo” character Daphne for the live action origin story of how she and Velma first met and began their sleuthing ways. Then in the fall, things will get downright magical for the Vancouver native when she joins the cast of The CW’s reimagining of “Charmed.”

Thankfully, not only is Jeffery up for the task of pumping new blood into old characters, but she also has the acting chops to make it work. We recently sat down with her to discuss the wiggle room in bringing teenage Daphne to the screen, why there are always two sides to the reboot coin, and what advice she gives to actors breaking into the industry.

TrunkSpace: As far as the “Scooby-Doo” gang is concerned, the majority of them have their established catchphrases and mannerisms, but Daphne seems to have more room for growth because while who she is has been established throughout the life of the franchise, she hasn’t been tied to defining lines likes “Ruh-roh” and “Jinkies.” As a performer, do you feel like you had an opportunity to bring something unique and new to the character that hasn’t been seen before, and if so, what approach did you take to making such an iconic character your own?
Jeffery: First off, I’m extremely grateful and honored to be portraying such an iconic character. I’ve always loved Daphne so much, so this has been wild. But like you said, there was a bit of room to create a more versatile Daphne and I think you’ll see just that. She’s well rounded, not just the stereotypical fashionista or girly girl. She’s multi-faceted and maintains her love for fashion and all that the original Daphne had, while also using her brain and wits. She’s clever and she’s funny.

TrunkSpace: The story that “Daphne & Velma” lays out takes place within a portion of the characters’ timelines that fans 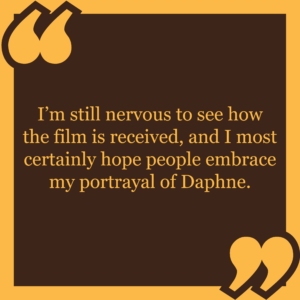 haven’t really seen yet. Did the fact that it predates most of what people know of Daphne and the rest of the gang allow you more freedom to make her your own as well?
Jeffery: We definitely did have some freedom to play with our versions of these characters being that it’s pre “Scooby Gang” days. They’re still in high school and still discovering themselves, feeling the highs and the lows, and it was a lot of fun playing a youthful version of Daphne.

TrunkSpace: While having some freedom to play with Daphne, is there still an element of nervousness going into portraying someone who has been seared on the minds of fans of the franchise for so long, even if that memory that people have is in the animated space?
Jeffery: Oh definitely. I’m still nervous to see how the film is received, and I most certainly hope people embrace my portrayal of Daphne. But at the end of the day, this is my take on her and I hope people see that we have honored the original series while bringing in some great new elements and layers.

TrunkSpace: Kids are the target audience for “Daphne & Velma,” but there’s no doubt that long-term fans of “Scooby-Doo” are going to check in on the movie as well to see what some of their favorite characters are up to. The film recently screened alongside some of those fans. Did you attend, and if so, was it nerve-racking seeing it in real time with a group of people so passionate about the history of the franchise?
Jeffery: I actually wasn’t able to attend the most recent screening, but I definitely imagine that I would’ve had some nervous butterflies watching alongside Scooby fans, old or new. I just want to make them happy!

TrunkSpace: As far as performance is concerned, is there something extra fun about bringing an animated character to life? While grounded in a reality, it’s still a heightened reality. Does that allow you to approach things differently than you would on another project or piece of work?
Jeffery: I think what’s great about our team on this film, particularly our wonderful director Suzi Yoonessi, is that we all had a similar vision. A fun, exaggerated reality but still as grounded as possible with our subject matter. That being said, we definitely have some larger than life moments that directly reflect the animated series, and that was a blast.

TrunkSpace: Outside of your work on “Daphne & Velma,” it was also recently announced that you’ll be bringing another well-known property back to life on the small screen, this time the long-running dramaedy “Charmed.” As a performer, is there something kind of freeing working on a project that you know will automatically have a built-in audience? Does it make the hard work prior to a project’s release mentally easier knowing that, at the end of the day, people are going to tune in?
Jeffery: In all honesty, sometimes having that built–in audience is a little more nerve-racking. I definitely appreciate the fact that these are characters that are near and dear to the fans’ hearts, and I want to do right by them. But also, it is comforting knowing that people will tune in, and hopefully connect with the project.

TrunkSpace: On the opposite side of that coin, reboots are always faced with comparisons to what came before. Is it important for a show like “Charmed,” or even a movie like “Daphne & Velma,” to establish themselves as their own thing (with their own tone and vibe) as quickly as possible so as to tell the audience, “This is what WE are, that is what THAT was?”
Jeffery: I think with working pretty heavily around reboots/revivals, I’ve come to realize that there are indeed two sides to the coin. You’re going to have people who are against it, and you’re going to have people who are there for it. I try to gently remind viewers and followers that yes, while we are being respectful and mindful of the original project, this is our take on it and there will be elements that are different, and there will be elements that stay very similar.

TrunkSpace: You’ve been playing Jennifer Lopez’s daughter on “Shades of Blue.” First and foremost, with Mother’s Day recently being celebrated, that’s a heck of a screen mother to have, but secondly, what did you take from her – someone who has accomplished so much in so many different mediums – that will stay with you for the rest of your career?
Jeffery: Getting to work with Jennifer intimately on “Shades Of Blue” was such a wonderful opportunity, and a huge lesson on professionalism. Over the years, I’ve learned a lot from her about what it means to be dedicated to your craft, and what it means to be a hard worker. She shows up to work so prepared and so on her game, which is even more impressive because of how insane her schedule is. I give her mad props and I have loads of respect for her.

TrunkSpace: You have spoken out against the mistreatment of animals and you are an advocate for adopting a vegan diet. What inspired you down this path and for those with similar views but feel they don’t have the platform, how can they also help spread the word?
Jeffery: I was inspired to adopt a vegan diet for quite a few reasons, but primarily for ethical reasons. I just couldn’t get behind the cruelty involved in the meat and dairy industry, and I wanted my actions to reflect that. Even if you don’t have a platform or a large audience to share your views with, you can still make sure those around you are educated and are aware of the effects a meat-based diet has on our environment, our bodies and the animals which it comes from.

TrunkSpace: Finally, Sarah, we just spoke about some things that you took away from your time working with Jennifer Lopez. For those with less experience working alongside of you now, what advice would you give them from lessons that you yourself have learned through your own experiences, things that you feel would be of value to carry with them through the rest of their own careers?
Jeffery: Over the years of working in this business, one of the most important lessons I’ve taken away is to always be curious. Asking questions about my craft has been probably the most important tool I’ve discovered. I’ve learned so much just by observing people I look up to, and not being too proud to ask about things I may not know. Be bold and curious enough to take risks. Another big thing to keep in mind is how you present yourself and how you take command of your work space. Be respectful, be professional, and be kind. No one wants to work with negative people. It sucks. So that being said, particularly as a lead, I always want to set a tone that is comfortable and cultivates success for all departments. It changes the whole experience.

“Daphne & Velma” is available tomorrow on DVD, Blu-ray and VOD.

“Charmed” premieres this fall on The CW.