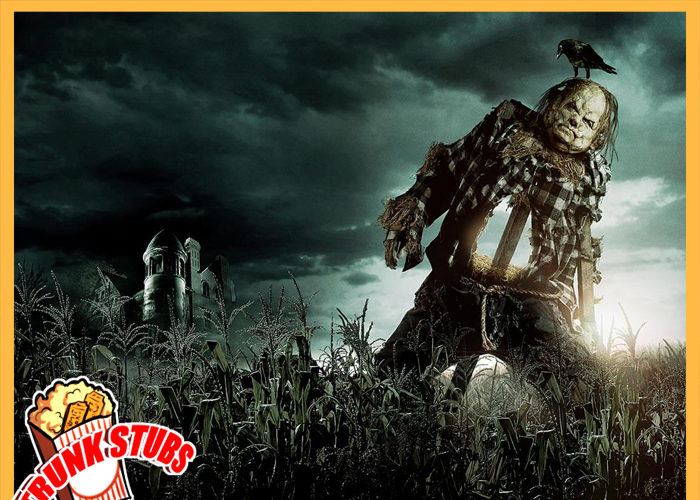 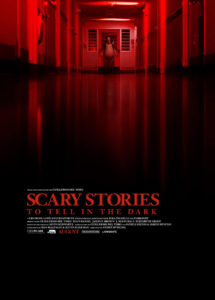 Title: Scary Stories to Tell in the Dark

Reason We’re Watching It: If you didn’t grow up reading “Scary Stories to Tell in the Dark,” a novel by Alvin Schwartz, then you heard about it on the news. It is one of the most banned books at school libraries… because it terrifies children. Our staff is a little coocoo for horror, so when we heard Guillermo del Toro was bringing these stories to visual life, we had to see our childhood nightmares play out on the silver screen.

What It’s All About: One of the things that surprised us about this movie was how well the story and narrative weaved all of the scary stories together. It’s always a challenge to take a handful of separate stories and try to blend those together into one cohesive film, and it was done masterfully here. There is even what we believe to be some social and political commentary going on, as this is set during the Nixon era but parallels some of the issues that we see happening today.

Whoah! Rewind That!: There were so many great visual moments in the movie, but when the “Me Tie Dought-y Walker” (Troy James) shows up, let’s just say he knows how to make an entrance! And it was during this scene that we whispered to others in the theater, “Are you sure this is PG-13?”

Watercooler-Worthy Tidbit: James, the actor who plays the “Me Tie Dough-ty Walker,” also played the “Baba Yaga” witch in the recent “Hellboy” reboot starring David Harbour as the lovable red demon. James first showcased his contortionist skills on the hit TV show “America’s Got Talent,” and of course, played Rag Doll in “The Flash.”