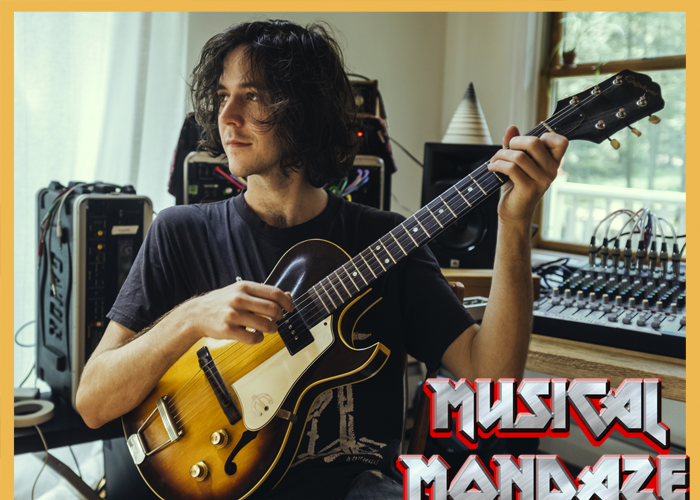 Sam Owens puts every bit of himself into his songs, opening up his head in a way that enables the listener to swim around in the New York-based songwriter’s brain, backstroking to thought-proving lyrics while bobbing up and down to infectious grooves that stream from his viscous creativity. His latest work, “You, Forever,” falls under the name Sam Evian and features band members Brian Betancourt (bass), Austin Vaughn (drums), Adam Brisbin (guitar), and Hannah Cohen (backing vocals). The album is available now on Saddle Creek. (See our review here.)

We recently sat down with Owens to discuss spontaneous recording sessions, why he sometimes Jekyll and Hydes himself, and the feeling he gets when listening to a favorite record that he’d love to pass on through his own music.

TrunkSpace: Your latest album “You, Forever” dropped June 1st on Saddle Creek. What emotions do you juggle with as you gear up to release new material to the world and is it ever difficult to let go and allow the universe to take over?
Owens: Releasing music in 2018 is kind of an unhealthy process. I don’t have a problem letting go, but it’s tough not to compare myself to others. The internet is a strange place for anything, and it’s kind of the opposite of heart and soul, which is what I put into my music. Anyway, I feel lucky to be able to do this dance.

TrunkSpace: Did you feel any creative pressure with this album knowing it was a direct follow-up to your debut? Is there a sense of having to deliver on expectations now that may not have existed when you went into the studio for “Premium?”
Owens: Not necessarily. “Premium” was a relatively quiet release. It kind of has its own life out there. I love hearing from people who stumble into it. I knew I wanted to try for a different sound with LP2, and I wanted to keep it honest. Beyond that, the pressure was low.

TrunkSpace: “You, Forever” has a great feel/vibe to it as a whole that really ties everything together and makes it feel like a 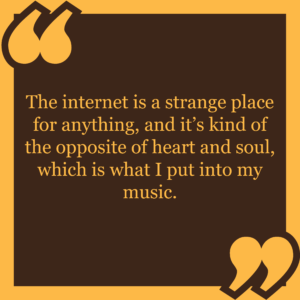 cohesive collection of tracks. How much creative thought was put into looking beyond just the songs themselves and into producing a sort of, for lack of a better word, classic record?
Owens: Thanks! Well, I spent a ton of time preparing for the recording on the technical side. I pieced together a van full of gear to truck upstate. I even made my own mic cables. I got to the house a day early and spent a long time getting it all ready… cleaning the tape machine, setting up the patch bay, hanging blankets on the walls. By the time the band got there, I had turned this little house in the woods into a fully-functional analog studio. On the music side of things, I held off from teaching the band any tunes until they arrived upstate. I think it made for a spontaneous atmosphere, where we banished insecurities in favor of instinct and first thought/best thought mentality.

TrunkSpace: While all music you create is no doubt personal to you, this album feels like it goes places emotionally that “Premium” didn’t. Is that a safe assessment and if so, does “You, Forever” feel like you’ve put more of yourself out there than with your previous work?
Owens: Well, definitely. For me, “Premium” has its moments. Tunes like “Cactus” and “Big Car” are special to me, but are more situational and remind me of a super particular place and time. Maybe the songs on “Premium” were more like small exercises, whereas the new record digs deeper.

TrunkSpace: Did the writing process itself change for you on this one? Did the time between “Premium” and kicking off the creative for “You, Forever” inspire you to take a different approach in how you pull things from your head?
Owens: “Premium” was definitely more off the cuff. The lyrics and music came together pretty quickly. This time around I spent a lot of time demo’ing by myself. I held off from recording vocals though, because I didn’t want to commit to lyrics without really working through them. I tend to stick with ideas once I commit them to tape. I was working on final lyrics well into the process, up until the week before I mixed the record.

TrunkSpace: You’re also a producer. Do you tend to wear the two hats simultaneously – songwriter/musician and producer – and do they ever butt heads? Is what musician Sam wants not necessarily always what producer Sam wants?
Owens: Sometimes I Jekyll and Hyde myself. Producer Sam usually says, “This vocal isn’t good enough. Do it again.” Musician Sam doesn’t always want to do that. Other times the two roles seem to merge. Writing/recording become one in the same.

TrunkSpace: What are you most proud of with “You, Forever” and why?
Owens: I’m not sure… I love how it all came together. It was a ton of work but it felt fun the whole time. I’m proud of my bandmates for their work. They really threw themselves into the process and trusted me/themselves/each other.

TrunkSpace: Over the course of your songwriting career, have you written songs that you weren’t particularly happy with at the outset, only to end up learning to appreciate them more later down the road?
Owens: Sure… unfortunately I usually trash those songs. There were a couple songs that we recorded for “You, Forever” that I decided I couldn’t deal with. They made it all the way up to the final mix stage and I canned ‘em. Maybe I’ll come back around…

TrunkSpace: What does music give you as a participant that you are unable to achieve as a listener? What is the draw for you to be constantly creating?
Owens: I think I’m always chasing the experiences I have as a listener. My favorite records give me chills and make me weep. It’s rare and fleeting but when it happens it gives me such a positive feeling for life on earth. I’d love to be able to pass on that feeling.

TrunkSpace: What is the single greatest music-related moment of your career thus far and why?
Owens: Moving to New York City. It was the best thing I could have done for myself and my career. If you are out there in a small town somewhere, know this: it gets better.

“You, Forever” is available now on Saddle Creek. 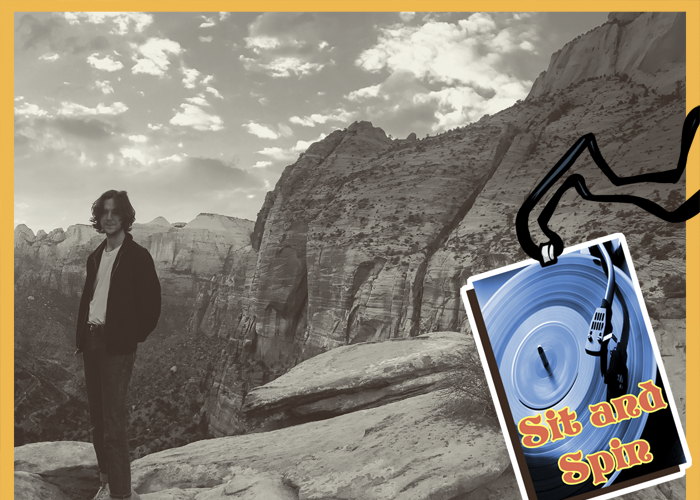 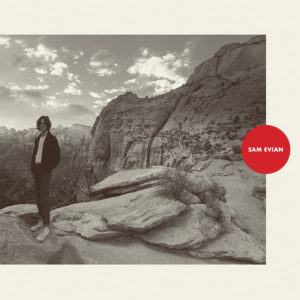 Reason We’re Cranking It: With endless grooves that mingle in your mind like the crackling of static electricity, the album is aptly titled because the tracks stay with you, seemingly, forever.

What The Album Tells Us About Him: Some songwriters just get it. They have figured out the purpose of music, which is to take the listener out of their own existence and transport them to a place where every care is swept away and the world suddenly understands everything that they do. Whether Sam Owens (the brainchild behind Sam Evian) is aware of his own musical enlightenment or not doesn’t matter, because that mindfulness, conscious or not, is present in every song that he touches, and because of that, we win.

Track Stuck On Repeat: “Where Did You Go?” is every single beautiful day spent cruising around with the windows down – no particular destination in mind – all rolled into one song. It’s pop magic.

Coming To A City Near You: Sam Evian tour dates can be found here.