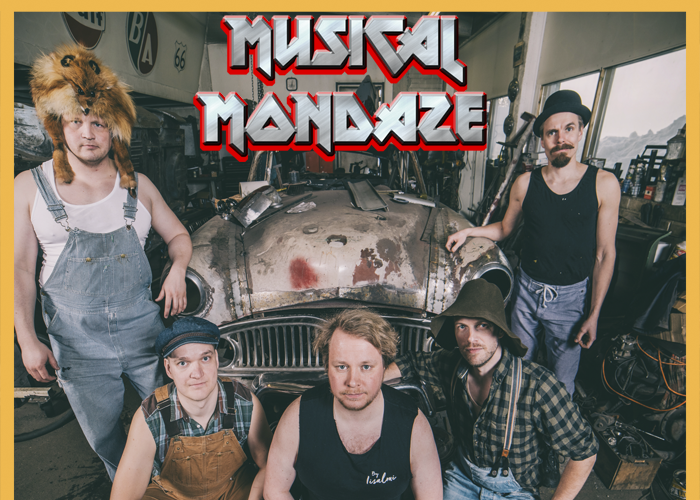 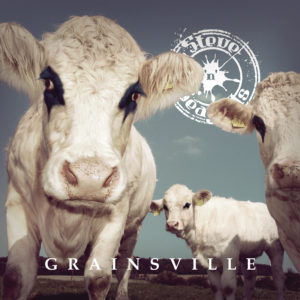 You enjoyed the songs the first time around, singing along and banging your head to the familiar rock tunes that were accompanied by electric guitars and drums. Now Steve “n” Seagulls have gotten their mandolin-holding hands on them and you’re tapping your foot in a completely different tempo to classics like “Gimme All Your Lovin” and “Panama.” But make no mistake, this is not a novelty band. No, the Finland born and bluegrass-inspired Steve “n” Seagulls are rousing musicians honoring the past in the present, and they’re doing so in an innovative and exhilarating way.

We recently sat down with vocalist and multi-instrumentalist Remmel to discuss where it all began, how they choose which songs to honor, and why a Juhannus album may (or may not) be in their future.

TrunkSpace: If you can start us off on the personal inception aspect of your journey, how did bluegrass find its way into your lives in Finland and then ultimately inspire you enough to not only pursue it yourselves creatively, but to do so utilizing well-known rock tracks?
Remmel: Well, bluegrass probably came with country, which came with other acoustic music and that came along after growing up with music like rock, heavy and hard rock. There is a small but lively country/bluegrass scene in Finland.

But we ended up with this kind of mixture and flavors a little bit by accident and fortune, too. In 2010 when the band was first formed, it was only supposed to do a 15 to 20 gigs run in a chain of restaurants, playing music in country and spaghetti western style. From there it went on as a side project, changed a little bit on the way. This lineup came together in 2013 and after that more acoustic stuff came in and electrics got cut a bit. Somewhere along the way the music changed also from all kinds of pop etc., towards rock and metal. And it’s been fun and also challenging so we just dug in deeper and deeper.

TrunkSpace: Your new album “Grainsville” features 12 tracks, including Pear Jam’s “Alive” and our personal favorite, David Lee Roth’s “Panama.” With so many great songs at your disposal, what is the process of deciding what you will take into the studio? Is it democratic? Does everyone get to pick one? (It must be so hard!)
Remmel: The process itself is most of the times pretty much similar. Someone comes up with an idea to play a riff, beat or something to a song with a different kind of style, vibe or feel to it, then we start to work around this idea together, adding flavors to it, throwing in ideas, and at some point we end up with an idea which is usable or we end up never talking about it again. Or something in the middle. So it’s about fiddling around with your old favorites and finding new ways to pay a tribute or honor them.

TrunkSpace: In the process of recording “Grainsville,” were there other songs that you laid down that didn’t make the cut, but may end up seeing the light of day in another format?
Remmel: There were some. There always will be some that will never see the daylight. Some might too. Some make it to the next album or live set – who knows. But these are well kept secrets for the future. If we told you, we’d have to be so hammered that no one would remember it the next day.

TrunkSpace: Your songs have so much instrumentation – so much energy. Is it difficult to sometimes capture that energy in the studio? Are there songs that have worked on stage, but not in the studio?
Remmel: Yes to both. It is difficult, and still our live set is somewhat different from our albums. Sometimes capturing the live energy in studio is not even necessary, but trying to do it is pretty damn hard. We also at least have had songs in our live set that never made it to the studio. Not sure if we do that anymore. We have worked hard for our live set and it is a good thing that there are both sides to the band, live and studio. We feel that it gives the audience something totally new, too, when they see and hear us live. It’s all about enjoying music, playing and honoring these classic, iconic tracks. That being said, we also do our original stuff live and studio. 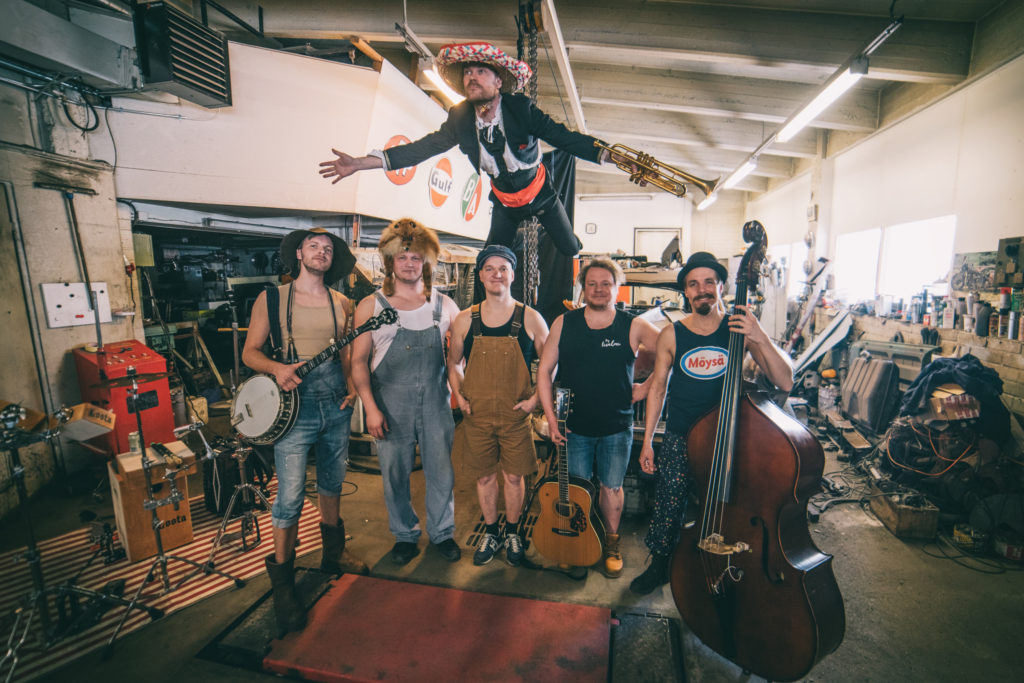 TrunkSpace: What are you most proud of with “Grainsville?”
Remmel: That’s a tough one. Maybe the album is more whole. It has more dimensions compared to previous ones. We’re happy and proud that we have been able to take steps forward on each album. We’re proud we made a good album. Huge thanks goes to our producer, Jarkko Viinamäki, recording engineer/co-producer, Jyri Riikonen, recording engineer Petri Majuri, and Tommi Kakko, who helped with lyrics. And many more people we love dearly. And beer and sauna too.

TrunkSpace: You guys are a tireless touring machine. What is it that keeps you on the road and performing these songs each and every night?
Remmel: Well… it’s a way of life. It’s fun! It has to be fun, even though we do not wanna be seen as a joke. It’s more about having fun with music and honoring the songs. When we play live we give our 100 percent. But playing in front of a crowd and getting that energetic feel and being worn out after a show is awesome. We really, really want to thank each individual that comes to see and hear us live. We work hard on our live sets. We want to keep it as tight as possible. We also have a great audio engineer that is responsible for our well-praised live sound. Antti “Ministeri” Laitila, we salute you.

TrunkSpace: What must be awesome about what you guys do, particularly in a live setting, is that an audience can (and probably does) sing along with every single song you perform. That has to be a powerful motivator knowing that you’re thrilling it and killing it before you even step foot on stage every night?
Remmel: Well, to be honest, you never know what’s going to happen. We need to give our 100 percent every night, but it is a blast to see people smiling, singing, having fun and dancing around, and also to have a chat with people after the show. One of the best things in playing live is to see people smiling and just having a good time.

TrunkSpace: What has been the highlight of your career thus far? What is one moment that you’ll carry with you through the rest of your musical journey? 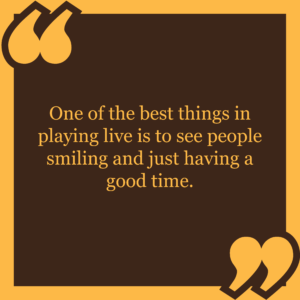 Remmel: There are so many. Making albums. Playing live shows around the world. We never thought we’d find ourselves playing abroad, touring. Maybe our first big festival show in Sweden rock, that is one. Suddenly we were in front of 10,000 to 12,000 people with our instruments. (Laughter) That was a moment we’ll probably never forget – something between being spooked and feeling like a kid again.

TrunkSpace: Going back to your take on David Lee Roth’s “Panama,” we’ve got to ask, can any of you guys rock the midair splits like the original madman of rock was known to do on stage?
Remmel: Hiltunen gets pretty close. Me and Hiltunen have tried and it seems to be hard to get back up standing on stage while playing and trying to do a split. David Lee Roth had spandex on too, so it’s easier than what we wear. He also jumped pretty high. We jump like logs of wood.

TrunkSpace: Finally, we’re on the back nine of 2018 now, but what’s on tap for the rest of the year and what should fans be on the lookout for heading into 2019?
Remmel: We’re touring the USA at the moment. October and November we’ll tour Finland and December it’s time to do a UK tour. In mid January, 2019, we start our European tour and we go on to France, Germany, Netherlands, etc., for about a month. Seems that we’re coming back to the USA in March 2019. So, touring, videos maybe some new music – who knows. But touring for sure. So we have some kick ass live shows comin’ up. See you there!

Maybe a new hat for Hiltunen.

Maybe new instruments that we’ve never played before, at least one?