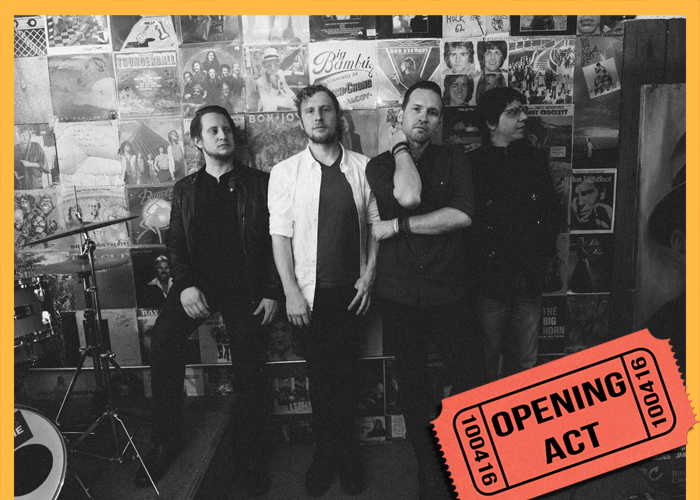 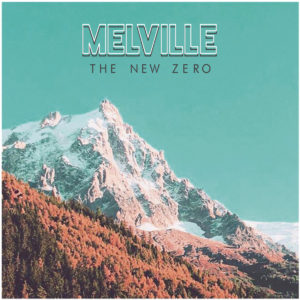 TrunkSpace: How do you describe your music?
Jacobs: Usually we’d describe it as a Tom Petty meets Kings of Leon/Snow Patrol/REM kind of vibe. It’s visceral, melody-driven, guitar-heavy, radio-friendly indie alt-pop with some synths and a focus on clear, concise songwriting. A bit of the “don’t bore us get to the chorus” mentality, with the knowledge that you’re writing for a 21st century attention span, but also simultaneously aiming for something special and transcendent within that shorter time span.

TrunkSpace: Your debut album “The New Zero” was released in August. How much time in the life of the band is represented in the songs on the album? How far back do they go?
Jacobs: A couple of the songs go back to my time living in Berlin and were on our initial EP “Maquette.” Songs definitely mature and age differently over time and the recording process is always kind of like trying to catch lightning in a bottle so I felt they needed a second pass to be more accurately represented. The rest of songs were written the year it was recorded in. The basic tracking of drums and bass was done with the last constellation of members over the span of about a month or so. Then I finished the record myself over the span of a year, adding guitars, synths, organ and other programming stuff.

TrunkSpace: We read that the message associated with “The New Zero” was one that suggests a chance to shape what’s next. With that said, has Melville already moved on creatively to the 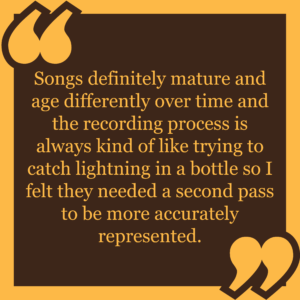 band’s “what’s next” and if so, what does that look/sound like?
Jacobs: We’re already about six to seven songs deep into the writing of the next record and are continuing to demo the songs to further mold them into shape. We’re playing many of them live already so if you want to check out the new sounds, the best way is to come out to a show! I’d say that so far the songs have a bit more synth and a bit more edge and swagger. We’ll probably record them in Aughenbaugh’s studio and then find someone to mix them. We’re aiming for a little less sheen than “The New Zero” potentially, a bit more lo-fi while still walking that line of being mass consumable and radio friendly to the ears.

TrunkSpace: The band has gone through some sonic changes throughout the course of its time together. Is that a product of internal tastes changing, member maturity, or something else entirely?
Jacobs: I’d say it’s not been a concentrated choice, just an evolution of my songwriting and personal tastes evolving. When I started writing songs initially, there was definitely more of an alt-country or singer/songwriter vibe to the songs because I was often playing the songs solo and acoustic. Then I started playing music with other people more often and started getting more interested in writing rock songs for a band. I’d also say the players that I’ve been fortunate enough to have around me influence the feel of the songs too. The guys in the band now are all amazing musicians and bring a lot of their own distinct feel, energy, and ideas to the songs I bring in.

TrunkSpace: No one knows the band better than the band. When you listen back to Melville’s beginnings, where do you hear the biggest changes? What do you hear that maybe we, the listeners, don’t?
Jacobs: I’d say the most obvious change would certainly be that there’s less of that alt-country vibe to the music. I also think an evident change would be that my songwriting has matured as I’ve continued practicing the craft of songwriting; I’m always looking for the hook and trying to break songs down to their essence and find out what is going to make it interesting to the listener. The music is a bit more shoot-for-the-stars rock n roll now; looking to move people both internally and externally. Before, I feel the music was a bit more one-dimensional in the sense that it was introspective but was less focused on making people want to jump around and move to the songs. Now, I aim more conscientiously to find that duality of introspective lyrics with a melody or riff that makes you want to sing at the top of your lungs and jump up and down.

TrunkSpace: In your opinion, what is more taxing for a band in 2017, recording a full-length album or marketing that album? What challenges have you faced?
Jacobs: I’d say the answer is both to be honest. It’s tough to make a decent sounding record for less than five-figures and then you have to spend another few thousand to market it. I think a lot of music consumers have no idea what all goes into the process of making a record. If they did, and in addition, if they treated bands like small businesses hustling to be solvent, they might be a bit more willing to pay for the music they listen to. A band is legitimately a small business and every record you make, you sink large amounts of money into it and it’s a huge risk; particularly in a climate of consumption that expects everything free or close to it. The hours that go into the songwriting, the hours of rehearsal, the shaping of the songs in the studio, arranging the songs and so on and so forth – you put all that work in and it’s essentially a huge roll of the dice every time you put an album out there as to how it will be received. 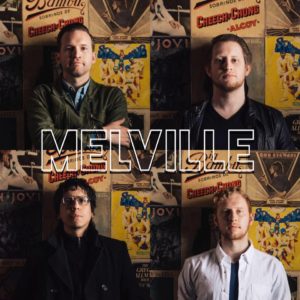 TrunkSpace: There are so many voices on social media – so much noise. How does Melville rise above that and reach ears and eyeballs in a meaningful way?
Jacobs: It’s tough for sure to cut through so we try to be diligent about posting and keeping people updated without overwhelming them with TMI, so to speak. We hope that by being a part of cool events and playing great rooms that people will pay attention to what we’re up to. I’ll also from time to time do stripped down covers of well-known songs to hopefully attract some social media attention. It’s certainly always a bit of a crapshoot knowing what’s going to draw attention and there’s a strange risk that if an event or post grabs a significant amount of attention, it can produce a sentiment of “they’re doing really well, they don’t need my attention too” from a fan or potential fan, which is of course, counter-productive at times.

TrunkSpace: What does the Melville writing process look like? How does a song go from inception to completion?
Jacobs: So far it’s essentially been me working out songs on piano or acoustic guitar at home and then bringing that structure to the band. They write their parts within that existing song structure I’ve brought and the we work on the arrangement together, each contributing various ideas to get the songs to its best possible outcome. Then we see if the song sticks and finds a place in the set.

TrunkSpace: What has been the highlight for the band thus far? What has been the most memorable experience or most unforgettable aspect of being a part of Melville?
Jacobs: I’d say that we’ve been fortunate enough to have had several thus far. We’ve gotten to play for thousands of people on numerous occasions opening for bands like Collective Soul, 3 Doors Down, Murder by Death, and Nathaniel Rateliff and The Night Sweats, among others. We also got to tour a bit with The Autumn Defense (a side-project of John and Pat from Wilco, a band I very much love.)

TrunkSpace: With that said, what do you hope to accomplish moving forward? What does the band want to check off of its collective bucket list?
Jacobs: I’d say the main goal is to just continue to get better cohesively as a band, continue to evolve on a songwriting level, and continue to play bigger and bigger shows. We’d love to tour as an opening act for a national touring act in the near future. In terms of specific venues, the Crystal Ballroom in Portland is kind of our Holy Grail at the moment I’d say and one of the only venues in town we’ve yet to play.

TrunkSpace: What can fans expect from Melville as we creep closer to 2018? What does the new year hold?
Jacobs: The idea is to have the tracks for the new record recorded by April and a whole lot of shows including hopefully another west coast tour. I put together a Valentine’s Day show every year at the Doug Fir Lounge in Portland where we get five local bands and we all do four to five kitsch love songs apiece, which is a lot of fun (think REO Speedwagon, Boyz II Men, ELO etc). We’ve also got a week-long residency at Al’s Den in March, which will be a stripped down affair with some reworking of familiar songs, some covers, and some special guests.