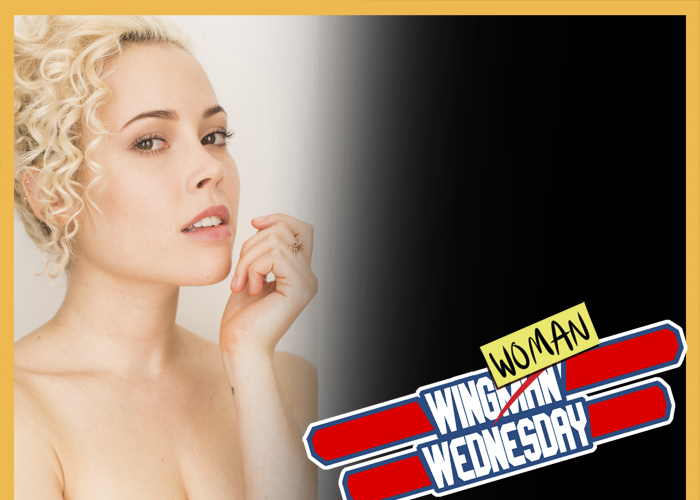 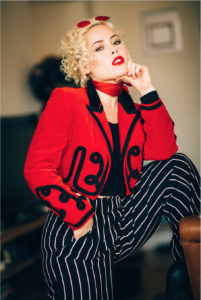 A modern day Marilyn Monroe with a gritty edge, Rebecca Knox is an actress who demands your attention by the way she commands her space in any given scene. Memorable by making the most of every moment on-camera, her gaze itself could one day win an Emmy thanks to the way her eyes reveal so much about those she is inhabiting. Currently the New York native can be seen as inmate Tina Swope in Season 6 of “Orange Is the New Black,” available now on Netflix.

We recently sat down with Knox to uncover her kinship with Tina, what she’d miss the most if she were behind bars, and why personal branding is so important.

TrunkSpace: Do you view your role on “Orange Is the New Black” as a career game changer? Has Tina Swope opened up more doors for you within the industry?
Knox: Being on such a monumental award-winning show is definitely a game changer! I have made some great friends and contacts through this experience for sure.

TrunkSpace: When you first read for Tina, you instantly had a kinship with her. What was it about the character that you felt connected you to her?
Knox: Her attitude!

TrunkSpace: Tina is tough, but is any of that exterior a facade? Is there a part of Tina who is tough because she has to be due to her surroundings and those she associates with?
Knox: Definitely. She has to be that way to survive – although I think a part of her loves the fight.

TrunkSpace: We’ve seen how Tina deals with life in prison, but how do you think you, Rebecca, would deal with it? How would you 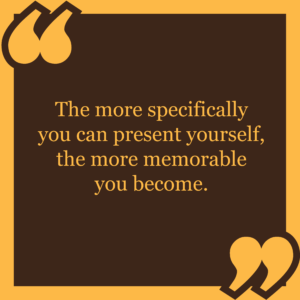 handle the experience emotionally?
Knox: I’d like to say I would find a way to survive. Maybe not as violently as Tina does, but I would make the “right” friends, I guess. It’s hard to answer this question – I am so far from that place and I hope to always be. I can’t really fathom it.

TrunkSpace: Life behind bars means a life without a lot of things we probably take for granted. What would you miss most if you were in Tina’s prison-issued jumpsuit?
Knox: Spending any amount of time with my family. Open grassy fields and the beach where my parents live. My freedom.

TrunkSpace: We read that you were a fan of the show before you booked the role. Having been a fan, what was that first day on set like? Was it all one big “pinch me” moment?
Knox: It took a few episodes where I had that “pinch me” moment. I was definitely nervous at first but work is work so I pushed through.

TrunkSpace: There are so many great actors involved in “Orange Is the New Black.” Did you view your time on the series as just as much an education as you did a job? Who did you study and try to absorb from most?
Knox: Well, I am still on the series and we are currently filming, so I am still drinking it all in. I love being on set. I always learn so much.

TrunkSpace: The great thing about a career in the arts is that each day can be completely different and in many ways it’s impossible to plan for tomorrow. Is there something exciting about that whole “anything is possible” outcome? On the opposite side of that coin, can that same excitement give way to uncertainty?
Knox: Yes! If you are lucky, you can audition for so many different types of roles, try on their shoes and play. I think people get caught up in the nervous jitters and pressure of booking an audition that they forget it’s still an opportunity to act. There are always opportunities to act. I would be lying if I said it’s easy. Sometimes I am down on myself, and can be my own worst enemy – thinking things like, “I’m not good enough,” but a way I combat those feelings is with compassion for myself, and connecting with other actors around me. It helps a lot to have a community of people who understand those feelings. 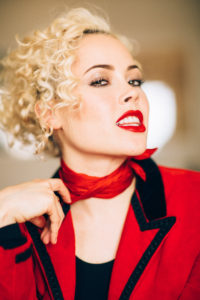 TrunkSpace: You have such a memorable look. As soon as we caught sight of you on camera you were etched into our brains and we thought, “I WANT TO KNOW MORE ABOUT HER!” That is not something you can quantify. Do you think that personal branding is important for actors to consider and is it something that you have worked to achieve within your own career?
Knox: Wow! Well I’m blushing, thank you! In terms of personal branding, I only became more aware of it when I had to. Personal branding is definitely important. I found what worked for me and it has helped me. The more specifically you can present yourself, the more memorable you become.

TrunkSpace: Like we said, we want to know more about you. You have a very mysterious, edgy vibe that has us intrigued. So give us some good insight into who that mysterious, edgy person is. What are some fun facts about Rebecca Knox?
Knox: Thank you! I love being called mysterious. Hmm, well let’s see. I am a New York City native. I ran my very own record label, Jet Boy Records, when I was 18. I managed a punk band whose members were around 8 to 10 years my seniors. I was a really shy kid, and dealt with a lot of bullying growing up. I sort of came into my own when I was in high school, first to fit in, and through that process found myself… my edgy self. (Laughter)

“Orange Is the New Black” is available now on Netflix.