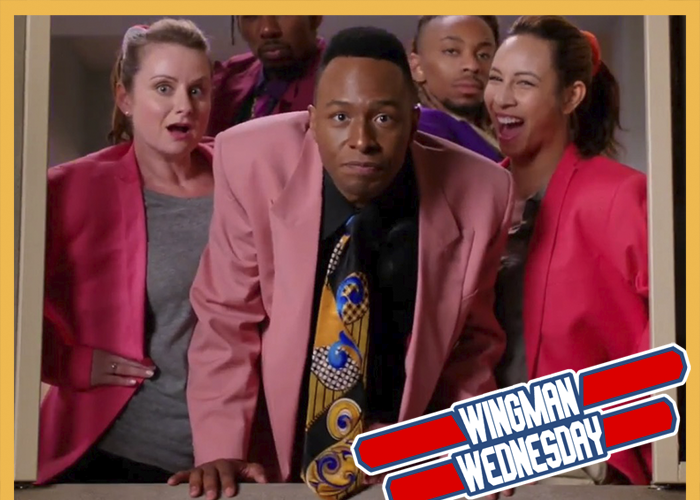 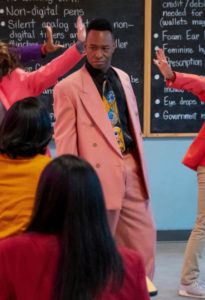 If Burl Moseley ever wants to explore a career beyond acting, motivational speaking may be a seamless transition. The “Crazy Ex-Girlfriend” star is confident in both himself and his abilities, projecting that self-assurance onto others in a way that helps to build them up as opposed to knock them down. And unlike many creatives, he doesn’t put unnecessary pressure on himself, especially in the casting room, preferring to go in with a clear head and deliver an audition that is tension-free.

“A great teacher of mine once said that the world will beat you up plenty so you must not do it to yourself,” he said in an exclusive interview with TrunkSpace. “So, I don’t.”

We recently sat down with Moseley to discuss the impact of “Crazy Ex-Girlfriend,” performing at Radio City Music Hall, and the correlation between martial arts and acting.

TrunkSpace: You have been working on “Crazy Ex-Girlfriend” since 2015. Where has your life and career been impacted the most by joining the series?
Moseley: Oh, wow… on the life side, the cast, we all became a total family. I can’t tell you how much joy has been a direct result of just knowing each and every single one of these uber-talented people! We get together for dinners and go to amusement parks… it’s just wonderful. On the career side, the show has opened up quite a few doors that were previously closed to me. This past pilot season was my best one yet!

TrunkSpace: You have spent nearly 20 episodes portraying Jim Kittsworth on the show. As an actor, what are some of the benefits of getting to spend such a long time with one character?
Moseley: I really got to know the character inside and out. The timing of Jim’s reactions and responses was something that I always had fun exploring, within the framework of any given scene. Another benefit is that memorization is a breeze because I’d often read a script and go, “Of course Jim would say that! Haha!”

TrunkSpace: How has the character grown and developed since you first read for him all of those years ago? What has 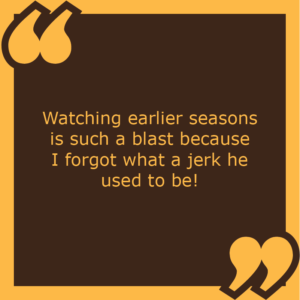 surprised you the most about your journey getting to play Jim given what you knew then and what you know now?
Moseley: Jim initially started as an antagonist on the series and grew to be much more of a friend. Given his beginnings, I was quite surprised to see him go from teasing Rebecca and Paula in say the first season, to employing Rebecca and being a sometime co-conspirator with Paula by Season 4. Watching earlier seasons is such a blast because I forgot what a jerk he used to be!

TrunkSpace: Fans of “Crazy Ex-Girlfriend” are very passionate about the show and its characters. In your opinion, what is it about the series that has turned viewers into long-lasting fans? Is it the writing? The tone? The characters? Something else entirely?
Moseley: I think it’s all of the above. The “something else” being how candidly the show talks about mental illness. The show does a fantastic job of discussing the topic without shame or prejudice, and really helps remove the stigma that’s usually associated with talking about mental health.

TrunkSpace: What are you most proud of about your time spent on the series?
Moseley: (Laughter) Definitely the song “Don’t Be A Lawyer.” It was a beast and I feel like the entire team just knocked it out of the park. Also, after the series wrapped, I got to perform the song live in front of 6,000 screaming fans each night at Radio City Music Hall this past spring – a banner moment that I’ll never forget.

TrunkSpace: You’ve been training in martial arts for years. What are some of the lessons you learned in the dojo that can be applied to a career as an actor? Are there any parallels to the two journeys?
Moseley: Ooh… that’s an interesting question that I wasn’t expecting! I see you, TrunkSpace!! Well, I think the best lesson is also the first lesson that you learn in any martial art – diffuse the situation. The most direct parallel I feel starts in the casting room. Some actors I’ve spoken to feel great pressure in these rooms. Pressure to impress and so forth. But, I feel if one can sort of release that feeling and understand that casting usually only wants the best for you and the project, the tension leaves the room.

TrunkSpace: Beyond the dojo, what is a piece of advice that you have received over the course of your career that you have carried with you moving forward, and possibly, passed along to others at some point?
Moseley: Know your worth. Give yourself a raise. I once ran into the actor Mykelti Williamson at the Parker Hotel in New York City and that was the advice that he gave to me. I’ve been passing it along ever since. Also, something that I personally espouse is to have a hobby! Don’t let acting (or any job in the entertainment sector) be the sole focus. Take a break and recharge by doing something enjoyable that has nothing to do with the business. 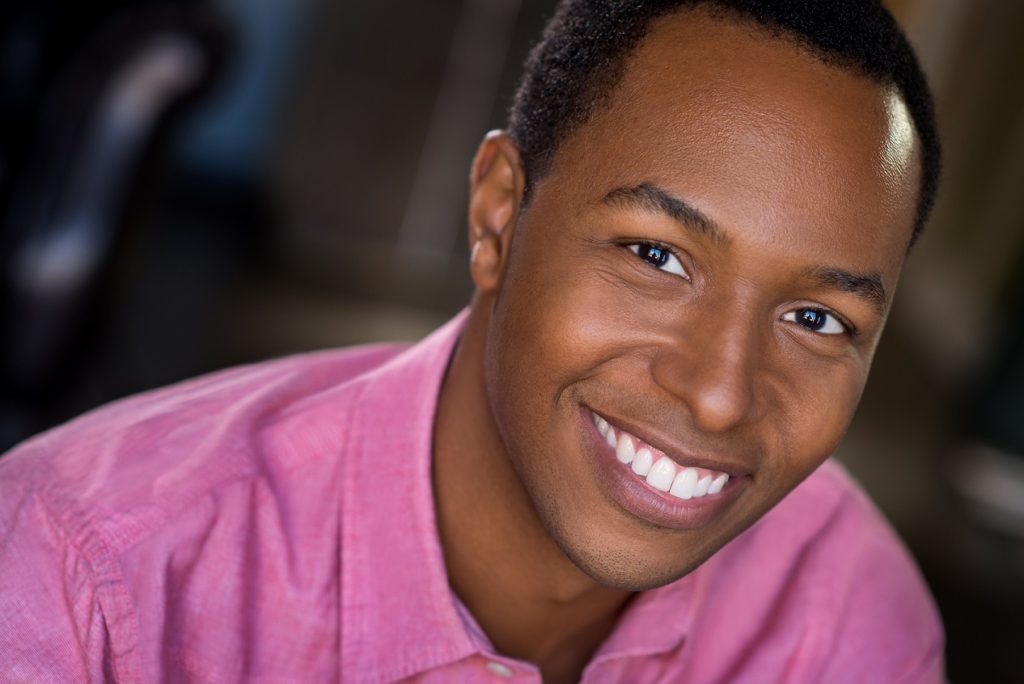 TrunkSpace: Creative people, particularly those who seek perfection from themselves, can be very hard on their own work. Where are you hardest on yourself?
Moseley: I’m not. A great teacher of mine once said that the world will beat you up plenty so you must not do it to yourself. So, I don’t.

TrunkSpace: What has been the highlight of your career thus far?
Moseley: Radio City Music Hall, without a doubt.

TrunkSpace: Time machine question. If you could jump ahead 10 years and get a glimpse of what your career looks like a decade from now, would you take that journey? If not, why?
Moseley: To quote Doc Brown from the movie “Back to the Future,” “Please, Marty! Nobody should know too much about their own destiny!!” So, nah, I’ll take a pass on that time machine. Buuut, then again, Doc DOES end up reading the note in the end and it saves his life, so… maybe just a quick little peek.