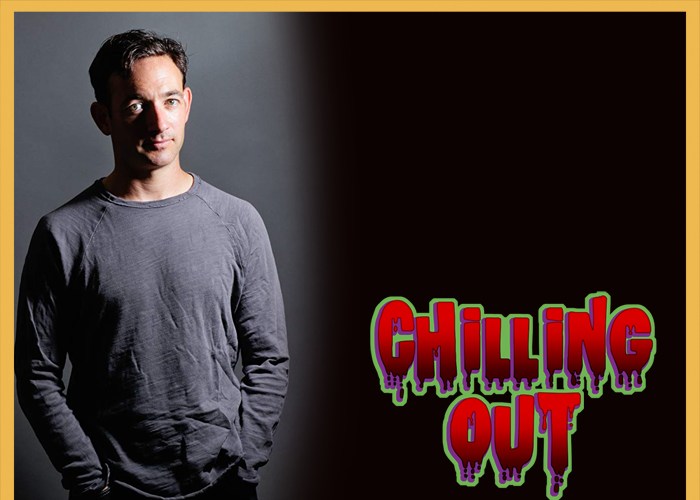 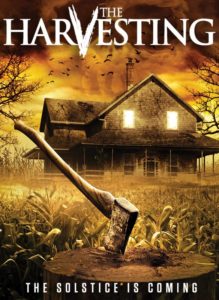 Chilling Out is where TrunkSpace talks all things horror and genre with those who work in the projects that give us the thrills and chills to keep coming back for more. This time out we’re chatting with Chris Conner, star of the new film “The Harvesting,” which is available now on DVD and Digital HD.

We recently sat down with Conner to discuss the horror of isolation, playing in the fantastical worlds he loved as a child, and inventing Edgar Allan Poe.

TrunkSpace: The isolation of farmlands has been terrifying us since we first saw “Children of the Corn” way back in 1984. When you initially read the script for “The Harvesting,” what was the potential that you saw in it? Was it psychological? Was it jump scare-based? Something else entirely?
Conner: Yes, psychological. I think it was the feeling of isolation. It seemed that this family was at a breaking point and instead of communicating and working together, Jake retreats to the country. The farmland should be a place of quiet solace…

TrunkSpace: In the film you play that man, Jake, a husband and father who is enthusiastic about the idea of getting “away from it all” as he heads out to the country with his family. Is part of the terror in a film like “The Harvesting” the idea of helplessness as a parent to protect the family, because as parents ourselves, that’s certainly the vibe we felt in watching the trailer?
Conner: Sure. And the need to reconnect with our own childhoods through our children. If they can see where Dad grew up maybe they will understand him better. If everyone could just slow down and listen, the family could be saved.

TrunkSpace: Isolation certainly increases the creep factor in a horror film, but how does it impact production? In shooting the film, were you just as “away from it all” as the fictional characters themselves?
Conner: We weren’t too isolated as a production or as actors. It was made on a shoestring so we all were a big messy family shooting it. Dan 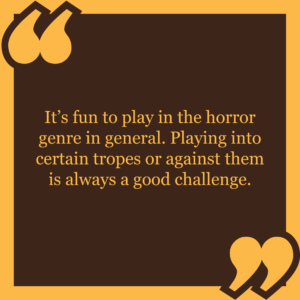 (Shultz), our producer, was a little like Jake in the film, just keeping the family together.

TrunkSpace: What was it about Jake that you wanted to help bring to life? What aspects of him did you have the most fun inhabiting for the duration of the production?
Conner: It’s fun to play in the horror genre in general. Playing into certain tropes or against them is always a good challenge. And young dad roles are a new thing for me, so it was fun with the kids as well.

TrunkSpace: For the viewer, the final product is always what’s memorable when it comes to a film or series, but for those working on the project, we have to imagine that it is the experience that stays with you. For you, what was the most memorable aspect of getting to work on “The Harvesting?”
Conner: Lancaster, Pennsylvania is a beautiful part of the country. I’ll always remember the rolling hills and the kind folk there.

TrunkSpace: Horror as a genre seems to have a built-in audience. Is it appealing working on a project knowing that, in a way, you’re going to have eyes on it based on the interest in the genre as a whole?
Conner: Totally. I recently wrote a western and that is exactly why I did it. You watch things growing up and you want to play in those worlds. Sci-fi, horror, westerns – all those genres are places I want to play. They have an audience AND I’m a big fan.

TrunkSpace: We loved your character Poe in “Altered Carbon” and we were sorry to see him – spoiler alert – go. Is that one of those roles that comes along and you instantly know it has the chance to be special from a performance standpoint?
Conner: Yes and no. Poe wasn’t in the books and we had to “invent” him as we went along. Really great writing helped with that. And it seemed to click for me.

TrunkSpace: What has been the highlight of your career thus far?
Conner: Poe in “Altered Carbon.” It’s a really special character. And my first time getting to contribute more of myself in something that ends up on screen. You mostly get that in the theater, but I got a chance to do it on a really big Netflix show and that is just awesome.

TrunkSpace: Is there a character that you portrayed – perhaps even in a guesting capacity – that you wished you had more time to spend with and explore further?
Conner: Most everything I have ever done! A lot of TV and film gets rushed and I always think about how I would have done it differently. But then you gotta move on and be in the moment for the next story to tell.

TrunkSpace: Time machine question. If you could jump ahead 10 years and get a glimpse of what your career looks like a decade from now, would you take that journey? If not, why?
Conner: Naw… I think being surprised along the journey is so cool. I turn to my wife all the time and say, “How did we get here?!” It’s been a helluva ride so far and in 10 years I’m sure I’ll be shocked at where I am.

Hopefully, in a good way.

“The Harvesting” is available now on DVD and Digital HD.