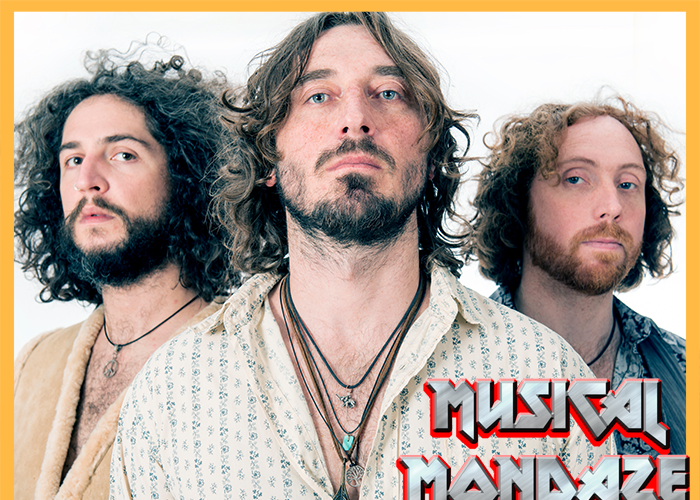 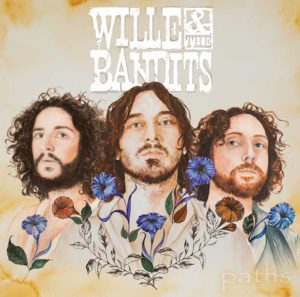 With their first States-based single recently released, popular UK rockers Wille & The Bandits are crossing the pond and expanding their music on a global scale. From performing at the Glatsonbury Festival to showcasing their musical talents at the London Olympics, the trio of undefinable genre hoppers have been wowing fans in their home country for nearly a decade, but now it’s time to take their rootsy vibe – and their new album “Paths” – to the United States, the country where much of their sonic influences originate from.

We recently sat down with frontman and guitarist (electric, acoustic and lap steel) Wille Edwards to discuss diversity in the band’s writing, tackling new markets, and how inspiration can hit anywhere at any time.

TrunkSpace: The band has been together for nearly a decade now. When you listen to what you’re doing sonically now with “Paths” and compare it against what first came out of the practice room in those early days, where do you hear the biggest differences?
Edwards: Basically, we were a lot more acoustic and rootsy; inspired by the likes of John Butler and Ben Harper. As time has gone on our sound has become rockier with more of a retro edge, but still embracing the groove and lyrical awareness with which we started out.

TrunkSpace: The band has never shied away from genre diversity, but did you personally set out to accomplish something different with this album that you have yet to take on in the past?
Edwards: With the exception of “Steal,” which was us experimenting with “keeping it Rock,” we have always made quite diverse albums. It’s what happens when we are left to our own devices. We have so many musical influences, we like to be creative and let them all shine through. With “Paths” we have attempted to incorporate an underlying theme and sound across the album – I think the tracks all feel like “us,” but with the many facets of ourselves emerging in different tracks. We have very much mixed modern elements of recording with a more retro sound which has worked well, and I think has created something very special.

TrunkSpace: You just released your first US single, “One Way.” What kind of emotions do you juggle with as you gear up to take on a new market and expose your music to a new audience?
Edwards: I feel very excited about going to the USA as a lot of my influences come from America, especially being a lap steel/slide player, which has origins in America. It will be nice to play in a country where our music’s roots come from, and I think the USA audiences may be more aware of some of the influences in our music than in Europe. We’re very excited, but also apprehensive as we are used to playing big 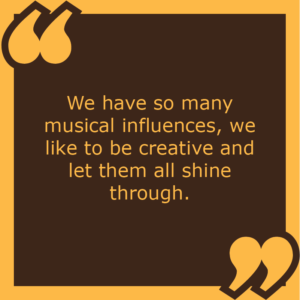 audiences in Europe. We hope that the album connects with people and that they turn out to the shows.

TrunkSpace: What are you most proud of with the album?
Edwards: With “Paths” we have returned to being completely independent after working with a label. We were so excited to be completely free creatively and not dictated to. We wanted to put the tracks that we felt were strongest on it and after five albums I feel that we are now in a good position to follow our own instinct on the production side of things. The response to this album has been so positive that I feel that we can be proud of the album as a whole body of work – songwriting, performance and production.

TrunkSpace: A decade is a long time to spend together. Are you still finding that there are plenty of “firsts” for you to experience together? Will this upcoming tour in the US bring more of that?
Edwards: It is a long time, and we have racked up a lot of hours on the road together. There are always new experiences. We are always touring new territories – Australia last year, and the US this year, and our European tours always extend into new countries, which is exciting. The US will be amazing, and the progress that we feel as we meet new audiences is what keeps it fresh.

TrunkSpace: As we mentioned previously, the band has always been eclectic. Do you believe that ability to not limit yourselves creatively and work within a certain set of parameters has helped to keep things interesting for you personally within the band?
Edwards: Of course! It’s like if a painter is only using three colors, but he has all the colors of the rainbow available to him, why wouldn’t he try them all to try and create something as interesting as possible? The trouble is the marketing people want to sell music as a brand and a style, but music should never be a production line. For me, I will always be looking for new angles.

TrunkSpace: What do you get being in a band that you couldn’t achieve in a solo capacity? Does the creativity of everyone else fuel your own creatively?
Edwards: I definitely write the songs with the band in mind. I can imagine how their playing will make a song complete, and that channels the style of the songs I write in a certain direction. Because the band is so talented, this doesn’t add too many limitations: if a track needs an exotic drum style, Andy can do that, if I feel that we need a bit of cello, Matt can make a great cello feel bowing his bass. You always can be confident that you will get a good groove with these guys.

TrunkSpace: Are you someone who has to step away from music at times in order to refuel the creative tank? Can you envision a day where music is not a part of your life?
Edwards: Not at all. With a young family at home, I have to step away from music to change a diaper or play football with my little girls – family life is a joy for me, as are my hobbies: football, surfing. So, I am not constantly in that music headspace, but I always find the process of recording and songwriting to be a natural thing that I can step into. It can be a compulsion. I sometimes find myself walking home from the shop, and this uncontrollable desire to get in the studio comes across me – it’s like there is an idea inside that needs to come out. I find that inspiration can happen at any time, and I often put ideas down there and then on my phone to play with later on in the studio. I really can’t imagine that music wouldn’t be a part of my life. Even Cat Stevens couldn’t cut it out in the end.

TrunkSpace: What has been the highlight of your career thus far?
Edwards: Playing at Glastonbury was always a dream for me and something that was very special the first time we played in 2014. To be voted one of the top 10 acts to see at the festival and to hear it being said on Radio 1 was even more unexpected and again something we’re all very proud of. Another huge event for us was playing the London Olympics, a result of getting voted by the Daily Telegraph as the best live band in the UK; an amazing experience and one in which we are extremely proud.

TrunkSpace: Time machine question. If you could jump ahead 10 years and get a glimpse of what your career looks like a decade from now, would you take that journey? If not, why?
Edwards: Yes, I’d take a peek. It would give me a heads up as to whether we are on the right path for success or if we need to rethink our strategy.

“Paths” was released February 1 in the UK and will get a formal release in the States later this summer.