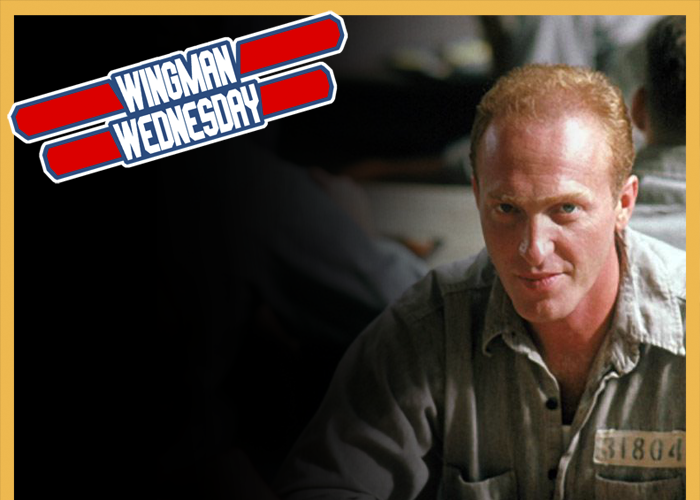 First up we’re chatting with Mark Rolston to discuss working in independent film, “Rocky” overtones, and what role he’d literally eat a shoe to return to.

TrunkSpace: “Glass Jaw” is not the first independent project you’ve worked on. As an actor, is there a bit of a leap of faith involved with signing on to work on an indie, not knowing when (or even if) a particular film will see the light of day?
Rolston: Well, in addition to “faith,” there is a lot of serendipity. I had been preparing for another film when the call came, so in addition to reading it first, I have to gauge what the character will require and ascertain whether I can pull it off. Of course, you never know what film will actually make it, but “Glass Jaw” had an atmosphere on set, and with Lee Kholafai and Korrina Rico being willing to fight for it; look where we are. Theatrical release is the icing.

TrunkSpace: What was it about “Glass Jaw” and the team behind it that gave you the confidence to jump into the work and take on the character Frank?
Rolston: Frank spoke to me the first time I read the script. I knew I could create a character. I didn’t hardly know anyone on the crew, but when I saw real professionals on set like Scott Eddo (Makeup and Hair) and Charlie Picerni (Stunt Coordinator), I knew the production was real.

TrunkSpace: When you first read the script for “Glass Jaw,” what was the initial draw for you in terms of wanting to be a part of the project? Was it the overall narrative? Was it the character? A combination of both?
Rolston: The script had a lot going for it. The dramatic tension was palpable. Of course, the narrative has “Rocky” overtones. 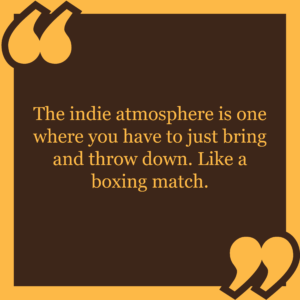 But the story was unique with enough drama to sell it, to me anyway.

TrunkSpace: When it comes to independent films, is there more freedom for character discovery and trying out different ways of delivering lines or emotion within a scene, or does a limited budget mean a limited schedule and a breakneck pace that doesn’t allow for real time experimentation?
Rolston: Independents by nature allow for a lot of creativity, because you have to create on the spot and respect that you don’t have all day to shoot three pages; YOU HAVE TO SHOOT EIGHT TO TEN! The indie atmosphere is one where you have to just bring and throw down. Like a boxing match.

TrunkSpace: For the audience, the finished work – the end product – is usually the most memorable aspect of a film. For actors, we assume it is the experience of making it. What is a memorable moment during the production of “Glass Jaw” that will stick with you?
Rolston: It was the set up of the pivotal scene between Frank and Travis. Our DP – legend Jeffrey L. Kimball – created a magnificent tracking shot that lands on a very intimate scene between the two men; and Lee/Austin and myself/Frank just talked like real people. Did I say it was Friday night and we were shooting until midnight after a full day? Glamorous, huh?

TrunkSpace: You’ve been acting professionally for decades. Do you still love it as much today as you did when you first stepped onto a set to start your career?
Rolston: Absolutely! I want to follow in the footsteps of the great French Dramatist and Actor, Moliere, and die on stage or on a set for that matter. (Laughter)

TrunkSpace: What has been the biggest surprise of your career, the thing that younger Mark who was starting out his career would be extra psyched to hear about in advance?
Rolston: Without question; being called at my home, to be told by writer/director Frank Darabont that I had landed the role of Bogs Diamond in “The Shawshank Redemption.” I thought I had lost it. Frank was my angel, and fought for me to get the role. Indebted Forever, Frank!

TrunkSpace: You’ve given life to so many great characters over the course of your career. Are there any that you wish you had more time to spend with and explore even further?
Rolston: All of them really. Shooting a film is fleeting. You shoot and it’s over. So the rehearsal and preparation – “the work” – has to be done beforehand.

TrunkSpace: We’re suckers for “Supernatural” here. When you first signed on to play the demon Alastair – a character who plays an integral part of the overall series lore – could you have ever imagined that the show would still be chugging along a decade later and that you’d be asked about it?
Rolston: That was one of the most enjoyable characters I ever created. I will never understand why I was replaced. I would literally eat a shoe to play Alistair, “Demon of All Demons,” once more. May the show chug on forever and I will get the chance!

You can also hear Rolston as Norman Osborn in the new Spider-Man game for the PS4!