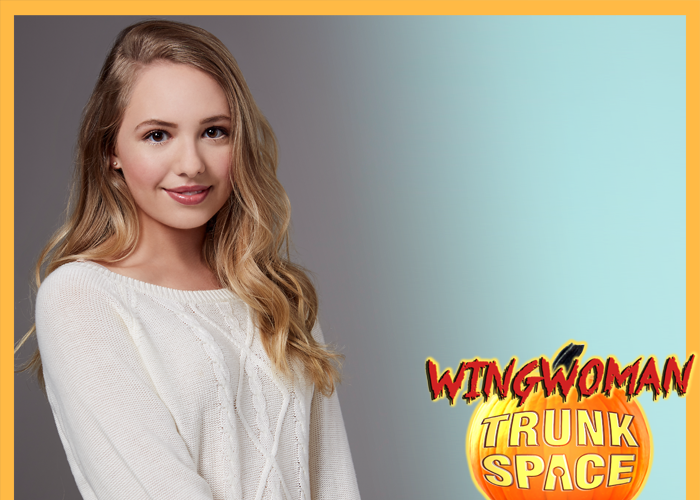 Nickelodeon has an incredible track record for recognizing young talent and serving as a springboard to the pop culture mainstays of tomorrow. The recent generation of megastars spawned at the channel have included Selema Gomez and Ariana Grande, and if history continues to repeat itself at the home that tweener’s built, Nicole Alyse Nelson of the series “I Am Frankie” will be another future success story who got her start at the network.

We recently sat down with Nelson to discuss how she grew up idolizing Nickelodeon, what she loves about her character Dayton, and why juggling a career at her age feels perfectly normal.

TrunkSpace: “I Am Frankie” has been airing for about a month now. Where has it impacted your life most?
Nelson: It’s been a fast and furious month. I’ve really only seen an increase in social media. I still haven’t been stopped in public or anything, but my family and my friends have been extremely supportive. All I’m hearing is really good responses about how the show is impacting kids in positive ways. It’s just a lot of really, really nice feedback.

TrunkSpace: Were you somebody who grew up watching Nickelodeon shows?
Nelson: Oh my gosh, yes! That is one of the main reasons I was so thrilled about even going in for this project. Growing up, I was actually always more like a Nickelodeon kid. Of course, I watched Disney Channel, but my heart really lied with “Drake & Josh,” “Zoey 101,” and “Ned’s Declassified.” To be on a network that I truly idolized as a kid is absolutely insane.

TrunkSpace: It’s kind of like paying it forward. They entertained you, and now you’re entertaining a new generation. 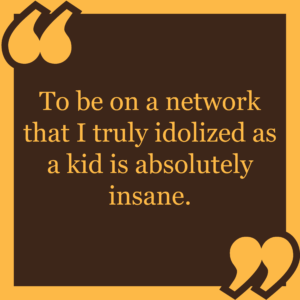 Nelson: Exactly. And another thing that I’m trying to do with that is, when I was really big into it, social media wasn’t really a thing like it is today. If I was in love with Ashley Tisdale or something, there was no way I could see what she was doing unless I bought a magazine. So now social media being the way that it is, I’m really trying to have a relationship with my fans and like all of their content, and be able to send out autographs and do stuff that I always wished I could have done when I was that age.

TrunkSpace: You mention Ashley Tisdale, and you look at the people who have come out of Nickelodeon shows, from Ariana Grande and Selena Gomez and all of these big, huge stars. Do you ever think about what you’re doing now in terms of what it could become for your future career down the road?
Nelson: Oh, absolutely. That’s the goal. I truly love what I do, and I hope that it continues for years to come. A lot of these stars as well are very talented singers. My goal isn’t so much to be a pop star, but continue along like the Emily Osment path, or Jenette McCurdy. Really just focus on acting, that’s the goal.

TrunkSpace: What was it that first drew you to Dayton as a character?
Nelson: The second I saw the breakdown for Dayton, I was in love. The breakdown had three females. It had Frankie, Dayton, and Tammy. Tammy’s kind of a mean girl, Frankie of course is a robot, and Dayton is just unapologetically herself. She is confident, she is intelligent. She is the expressive, charismatic best friend. She’s just a fun role. She’s the kind of character that I knew, upon reading four pages of the script, that if I book this I would never know what they would give me the next day. She’s the character that does crazy stunts and spits out food. She’s just insane, so she’s a lot of fun to play.

TrunkSpace: Does the comedy aspect of performance come natural to you in terms of timing and delivery?
Nelson: Comedy has always come pretty natural to me. I’m not going to say that I haven’t had to train and study, because comedy is all about timing and the way you say things. I did have to learn that, but it’s really been a natural instinct. I naturally have a really sharp tongue, meaning I’m really kind of quirky in the way that I use my hands a lot, and I naturally make reversals in my voice. I was always told growing up, even my theater teacher was like, “I’ve never seen a style as sharp as yours.” It’s kind of perfect that I got into kids multi-cam, because that’s really where the style is able to shine.

TrunkSpace: The concept of the show is a fun take on a classic idea. Does that fun translate to the work itself to where you have to pinch yourself to be reminded that you’re doing work?
Nelson: Oh, yeah. It’s so much fun, especially because a lot of the time things are just funny, lighthearted, and there’s a bunch of jokes on set. Working with Alex (Hook), who has to play a robot, is something really interesting. As an actor I forget just how much what the other person gives you matters, in terms of your performance. She gradually gets more human, but towards the beginning she was so robotic, it was just a weird thing to experience, because I was pushing so hard to make all of the energy happen. Then towards the end of it, it became so natural. You never knew what they were gonna write for you, or what was gonna happen. The whole process was just a blast, to watch it all unfold and experience it.

TrunkSpace: And this is the longest period of time – 20 episodes so far – that you have ever spent with one character. What is that experience like?
Nelson: I loved it. That’s the only thing a performer can really ask for, something they can really sink their teeth into. When I first got the role and I went to Miami and we started shooting, they pretty much handed us 750 pages and were like, “Okay, have fun.” At that moment I realized everybody trains you for how to get the role, but nobody tells you what to do when you get the role. It was this moment of being like, “You know what? I have so much to work with, I don’t even know where to start, in terms of breaking this down.” Of course, I figured it out, but at the very get-go, it was very overwhelming. It’s a lot of material.

A person changes a lot over the course of 20 episodes, in terms of what they learn and how they view the world. It was also confusing. We didn’t really shoot in order, so I would have to train myself to remember, “Okay, what we’re shooting right now is episode 7, but right after this, we’re doing episode 15. This is where I’m at mentally by 15, and then we’re going back to episode 2.” It was completely all over the place, and that was one of the hardest parts.

TrunkSpace: Other girls your age are focused on school and life, and here you are throwing career into the mix as well. Does it ever feel overwhelming or are you used to having a career and making it all balance out?
Nelson: I’ve made it feel pretty normal. When I first moved out here and I was like, “This is what I’m gonna do, this is what’s gonna happen…” I fully jumped in and committed to it. It was overwhelming at first, but it’s something that I’m so passionate about and I truly love it. There isn’t ever a moment that I’m like, “Oh, I’m not sure if I can handle this,” or “I just wish I was back in Texas,” because I’m from Texas. I’m really, really happy with what I’ve decided to do and with where my life is going, so, no regrets.

TrunkSpace: Has word come down yet if “I Am Frankie” will get a season 2?
Nelson: Nothing has been confirmed, but we’ve only heard really, really great things from the network. So that’s exciting!

Catch the first season of “I Am Frankie” on Nickelodeon or watch full episodes here.