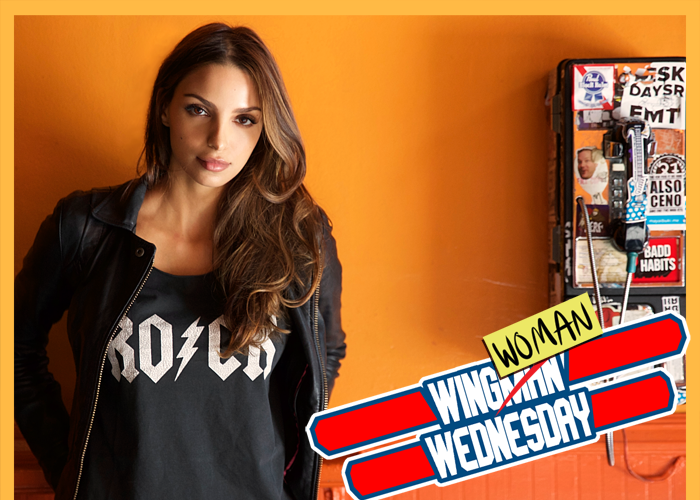 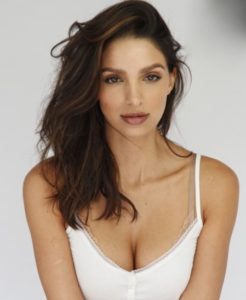 Nadia Gray is not yet a household name, and although she would prefer to remain somewhat anonymous as she ventures forward in her career, the self-described “hardcore introvert” is going to find it difficult to maintain separation between her professional and personal lives following the release of her upcoming film “Bright.” Directed by David Ayer (“Fury,” “Suicide Squad”) and starring Will Smith (no credits needed), the Netflix original film is not only building a steady fanboy buzz leading up to its December premiere, but it could single-handedly change the way we consume big budget tentpole features.

We recently sat down with Gray to discuss working with one of the most sought after directors in Hollywood, how the film helped to change her professional focus, and why learning an elvish language had her feeling like she had left the planet.

TrunkSpace: “Bright” seems like the kind of movie that could be a real game changer in terms of how the industry operates, particularly at the theatrical level. Did it feel a bit revolutionary while you were filming it?
Gray: Yeah, I think right away I knew. I mean, with David Ayer in general, you’re just like, “Holy shit!” He’s the best at what he does.

TrunkSpace: And that’s just it… the caliber of talent involved should even further define its game changer status.
Gray: Yeah, I think it’ll be really interesting to see how it plays out. I personally can’t speak about what they’ll end up doing ultimately because I don’t even know if they figured it out yet. I just know that they’re really pro consumer choice and they’re totally changing the movie watching experience. It’s happening.

TrunkSpace: What about for you and your career? Does “Bright” feel like a personal game changer?
Gray: Oh yeah, absolutely. When I moved to Los Angeles, I didn’t know anyone, or anything really, about the business. As I kind 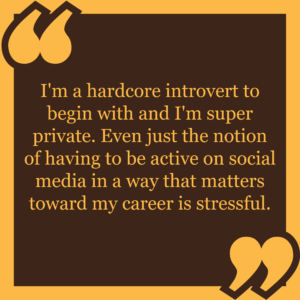 of learned, I initially thought, “Sitcoms, oh my God, this is where I want to be!” Because you kind of have a little bit of stability at some point and a schedule. And a lot of those actors are able to fly under the radar still. Then I met David Ayer and he totally ruined my life, because now this is all I want to do. (Laughter) I’ve had the best time, so now I feel so spoiled. I just want more of this and that’s it.

TrunkSpace: You mentioned being drawn to sitcoms because of the possibility of being able to fly under the radar. This is a huge, high profile project. Are you worried what that could mean in terms of how the public starts to perceive you?
Gray: Oh yeah, I am terrified, which is why I think I’m so uncomfortable right now even. (Laughter) I’m a hardcore introvert to begin with and I’m super private. Even just the notion of having to be active on social media in a way that matters toward my career is stressful.

TrunkSpace: And in a lot of ways, you’re sort of contractually obligated to be active on social media with a lot of projects these days, right?
Gray: I think. I haven’t been hit with that yet, knock on wood, but I also want to participate in a way that shows that I’m a game player for the production and that I’m supportive of the project that I did. Of course, I want to promote the job that I was lucky enough to be a part of, but as a human, as Nadia, I don’t really.

I also feel like, who cares even? (Laughter) I have a hard time even rationalizing that in my mind, but I of course want to participate, and talk incessantly about this film I’m so excited about. That part is easy, but the personal stuff is…

TrunkSpace: It’s a slippery slope in the social media age. Even if you don’t want to put yourself out there, people will put you out there regardless.
Gray: Isn’t that weird? I feel like the age of the movie star doesn’t really exist anymore because you didn’t know anything about these people. They were these mysterious aliens and you were so consumed by whatever character they did because you knew nothing about them personally. I don’t think that exists anymore sadly.

TrunkSpace: Speaking of character, can you give us a little insight into Larika, your character from the film?
Gray: Yeah, without saying too much, she ends up doing a lot of bad shit that causes trouble for everybody. I know that’s so vague, but yeah. (Laughter)

TrunkSpace: So is she the catalyst that kicks off some of the story elements?
Gray: Yeah, totally. Where she fails is what kicks off a lot of the storyline… in terms of the repercussions of that.

TrunkSpace: And you’re playing an elf, which nowadays, people love to play for free at comic conventions, so to get paid for that… epic!
Gray: Right? (Laughter) It is the coolest.

I don’t know that I was attempting to play an elf. I think she is just a complicated person, like anyone else with her motives and her drives. So, I think that was kind of at the forefront, but of course learning Elvish from David Peterson, who created language for “Game of Thrones,” was like, “Holy shit, I am literally on another planet right now.” It was way cool.

TrunkSpace: But like you said, you approached her as a complicated human, which sort of speaks to how grounded in reality it is, right?
Gray: Absolutely. Very grounded, very realistic, and just, really, kind of this warped version of LA… this warped version of the world. It’s the gritty LA streets and the dirty cop world, which David Ayer just nails. He just takes you there and he makes it so authentic for you to be immersed in that.

TrunkSpace: You have mentioned David Ayer a few times now. What did you take from him and his direction that will stay with you and that you’ll apply to your acting and career moving forward?
Gray: Oh wow, so many things. I have to concentrate on just one thing?

Everything. He just is so impressive. Somebody with a name like his, he just is really approachable, cool, calm, a collected guy who treats his crew, his actors, every single person with respect. He just really took his time. Without even going too much into it, he just really cares, and I so appreciate that. He really gives a shit, and he talks to you on your level.

I can’t say enough about him. He’s wonderful. He’s like an evil genius. I’ve never seen anyone with attention to detail like his. Even small detail on my wardrobe… he would personally come and adjust, or give me a note about it. It’s just crazy. I’ve never experienced anything like that on set before.

TrunkSpace: It sounds like future directors you work with are going to have a lot to live up to!
Gray: I swear, I’m totally ruined now. It’s all his fault. (Laughter)