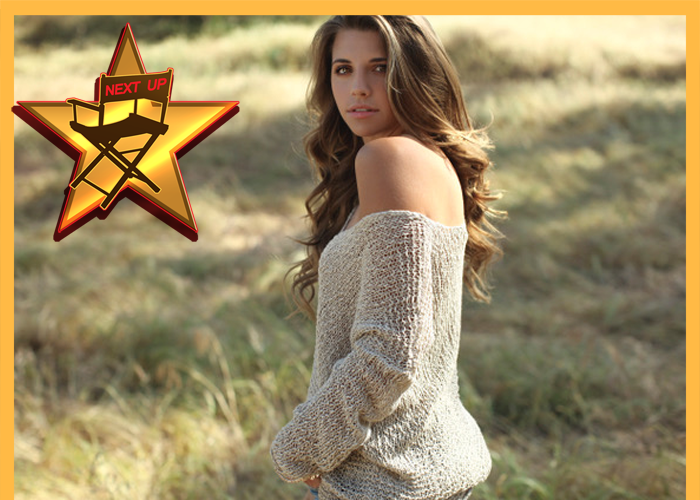 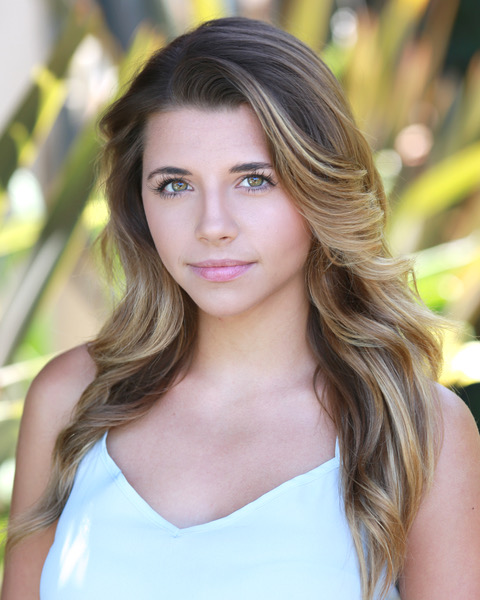 TrunkSpace: When did you know that you wanted to act for a living?
Hodgkiss: I started to become interested in pursuing acting as a career my junior year in high school. I realized my love for performing and being in front of large crowds through dance competitions, musicals, plays, choir concerts, and through public appearances as Miss Illinois Teen USA. Yes, I was momentarily a pageant queen. I decided to sign with a local agency in Chicago, Hinsdale Talent Boutique, and they helped open the doors to new auditions and opportunities in downtown Chicago. This interest in acting has stayed with me throughout college though I was studying Broadcast Journalism when I started my degree at San Diego State University.

TrunkSpace: Was there a particular performance or actor/actress from your childhood that you remember being drawn to and inspired by?
Hodgkiss: I am a hopeless romantic so naturally I am drawn to love stories. One play that stuck with me through the years is “Phantom of the Opera.” I love stories including the classic love triangle and/or star-crossed lovers. I also really enjoy singing and still know every word to every song in that musical. As far as film, I do have a special place in my heart for “The Notebook.”

TrunkSpace: How did you decide to approach your career as an actor? Did you formulate a plan of how you wanted to attack what is known for being a hard industry to crack?
Hodgkiss: Thankfully I had a lot of help when it comes to approaching my career as an actor. My mom was acting as my “mom-ager” for a while until I was introduced to my wonderful manager. My manager, Chip Altholz, was the first person to introduce me to the basics of this industry. One of the most helpful things we did towards the beginning was to create a five-year plan so we had specific goals we had to reach by the end of each year. The goals helped to keep me focused while I was still pursuing my degree at school. My mom, Chip, and two brothers also flew out to Los Angeles with me to go visit different agencies and eventually find the one that was right for me. I am currently signed with Metropolitan Talent Agency in Los Angeles. 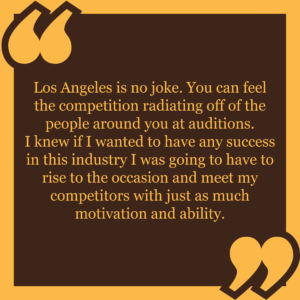 Hodgkiss: The first time I moved away from home was when I was 17 years old and beginning my freshman year at SDSU. I decided to move 2,000 miles away from home and start a new life out in California. I figured if this truly was the industry I wanted to be a part of, then I needed to be where all the action was happening. My junior year in college I decided to take some time off from school and move to LA to see if this was something that was even possible. I guess you could say I jumped right into the frying pan, but I was never going to know if I could do it until I tried for myself. I am very thankful to have such a great support system from my family and friends. They have always persuaded me to chase my dreams, no matter how extreme they may be.

TrunkSpace: Was that move an easy transition for you initially? How long did it take you to feel at home and find a good support group of friends and peers?
Hodgkiss: The initial transition to move away from my family was difficult to say the least. I knew absolutely no one when I moved to California, and was forced out of my comfort zone from the very beginning. It took a few months before I started to feel at ease and then by the end of my first year I started making San Diego my home. As far as the move to LA, it was very lonely in the beginning too. I found myself reaching out to friends and family for comfort constantly. I got hired at a new restaurant called Delilah in West Hollywood after a month, and quickly assimilated into the LA lifestyle. I was taking two different acting classes while there and felt myself maturing and improving my acting abilities within a short amount of time. Los Angeles is no joke. You can feel the competition radiating off of the people around you at auditions. I knew if I wanted to have any success in this industry I was going to have to rise to the occasion and meet my competitors with just as much motivation and ability. It was exhilarating.

TrunkSpace: What has been been your biggest break in terms of a particular role or project thus far?
Hodgkiss: I think the biggest role that I have landed so far has been an independent film that had a destination shoot. I had a friend, whom I worked on another project with, reach out to me and ask me to audition for a role that I ended up landing. The film was set in Slab City, CA, which is in the middle of the desert out by Coachella Valley. I had never done something like this before and it is a trip that I will remember for the rest of my life. I do still feel like I am waiting for my big break and am excited to see what is in store.

TrunkSpace: Is there a specific type of role you’d like to take on or a specific genre that you feel more at home in?
Hodgkiss: I would really like to take on either the romantic lead in a film or television show, or a lead role in a comedy because I have become very comfortable with these types of characters. I think I feel very at home when it comes to comedy because I am a very optimistic and light-hearted person. For a more challenging role, I would love to take on an intense dramatic role that involves some sort of transformation from me. 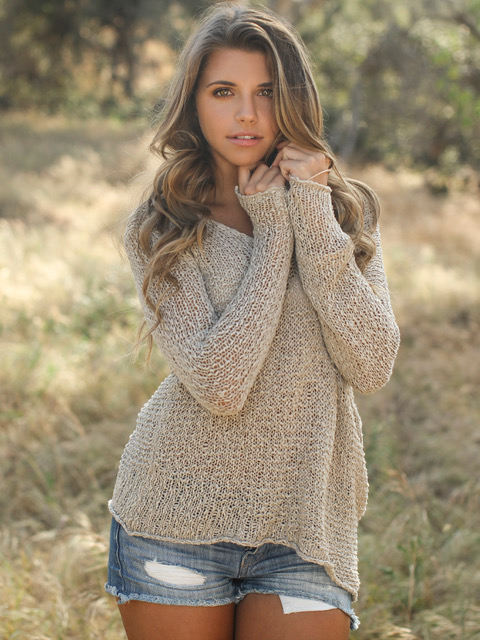 TrunkSpace: What would you say is the greatest strength an actor/actress can have outside of acting ability itself?
Hodgkiss: I think one of the best strengths an actor can have is perseverance and a hunger to learn. I find that I am constantly watching the people and world around me to try and soak up as much information as I can. This becomes so useful when you are asked to draw upon past experiences or try and inhabit a certain behavior. Even if you have never experienced it yourself, you have seen someone else do it and can apply that knowledge. This business is a numbers game and you have to be willing to keep auditioning, no matter how many “no’s” you have received in the past.

TrunkSpace: What is your ultimate dream when it comes to your acting career? Where would you like your path to lead?
Hodgkiss: My ultimate dream would be to star in at least a handful of successful movies and television shows, and I would like those projects to have an exotic set location. The travel bug has definitely bitten me, and if I were able to combine my love for traveling with my love for acting, I would be immensely happy. I want to be proud of the work I have helped produce and have no issues showing my loved ones the projects I have been involved in. If I end up winning an award for my work in the future that would also be wonderful. I want to lead somewhat of a normal life as well. I plan on then using my voice in society to elicit positive change in the world. I have always had a big heart for those in need and would love to use my influence for good.

TrunkSpace: What advice would you give another young aspiring actor/actress who is considering moving away from home to pursue their dream?
Hodgkiss: I feel like the best piece of advice I can give to young actors is to maintain a positive attitude and keep auditioning. I have been told time and time again that this is a numbers game above all else, and I cannot stress to you how right these people are. It is insanely frustrating at times, but you have to find a way to love the entire experience. You have to love the adrenaline rush before and during auditions, enjoy memorizing lines and taking on new personas, and dedicate countless hours to prepare yourself for a role.

Another very important piece of advice that I could give is to learn exactly who you are and what makes you unique. You need to understand exactly what motivates you, what angers you, what things you love, and what things you hate. Only then are you truly able to shed yourself and inhabit the shell of another character. I also think it is vital to surround yourself with people who are going to lift you up and never stop believing in you. It can be so easy to get down on yourself after a rough audition or performance, but the key is to brush it off and move on. It is so much easier said than done, but you will lose your sanity any other way.

TrunkSpace: Where can people (and casting directors) learn more about you?
Hodgkiss: People can learn more about me by logging on to my website, IMDb, and/or following me on different social media platforms!
IMDb
Website
Instagram
Facebook