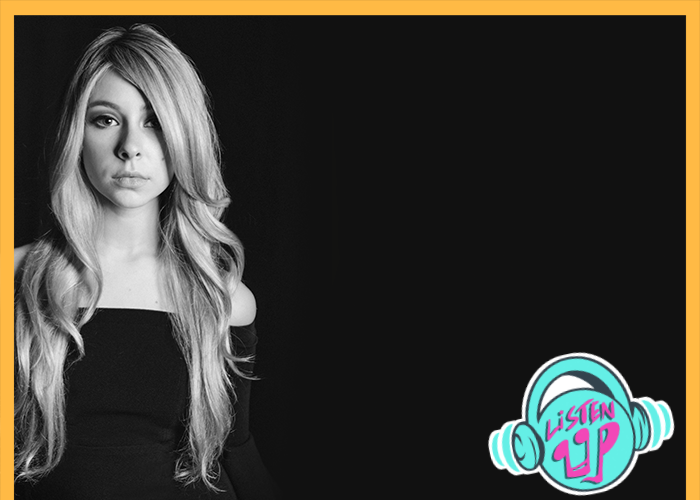 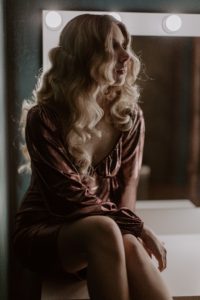 Anna Graceman released her latest album, The Way The Night Behaves, in the middle of a worldwide pandemic, grounding the pop songstress and keeping her away from the road where she could promote the album in a traditional live venue setting. And while she misses performing on stage, she is finding her groove holding virtual concerts, and more than anything, is just happy to be able to share new music with her fans who need an emotional escape – something that music continues to be for her.

“I’m vulnerable and it allows me to work through things,” she said in an exclusive interview with TrunkSpace. “Music is a therapy for me.”

We recently sat down with Graceman to discuss keeping her creative options open, the Olympic connection, and why working with Bebe Rexha was a dream come true.

TrunkSpace: You have had such an interesting career and seem to continue to find new ways to bring your music to the masses. How important is it for an artist to stay open to new ideas and approaches, especially given that the way people consume music/content seems to be continuously evolving?
Graceman: I always try to stay open. Different kinds of music and new ways of experiencing music can expand your reach when it comes to connecting with people. I’m a huge admirer of vinyl records and yet I love that I can stream any song anywhere I want. You don’t have to compromise yourself or your music in order to move with the times. If anything, there are more options and opportunities to connect through music.

TrunkSpace: What is one of the biggest lessons you’ve learned up to this point in your career as it relates to promoting music and giving a song/album its best chance at finding an audience?
Graceman: I landed a song of mine on some playlists recently and the amount of attention it’s received since then has been incredible. I’ve been able to reach people all the way in Norway and Sweden, places I’ve never even been to before. It can be a bit of a gamble because sometimes you’ll land on playlists and sometimes you won’t but it’s something that any artist can do.

TrunkSpace: How much of what you knew about promoting a record had to be thrown out the window with the release of your latest album, The Way The Night Behaves, which was released in the middle of such a difficult time for so many people given the pandemic and social upheaval going on not only in the States but in the world?
Graceman: I did what I could when it came to promoting the album, but in these crazy times, the album wasn’t what was most important. In the end, I’m just grateful to share my music at all. My hope is that the songs I release can help people in whatever they’re going through.

TrunkSpace: Your latest single “Slip (Frank Pole Remix)” was released last Friday. As a songwriter, what is the process like in choosing which songs will represent the album? Does it get to the point where you 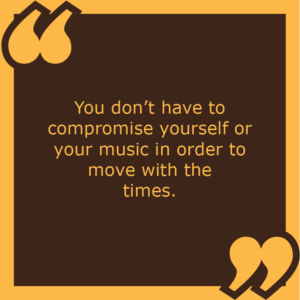 have to separate yourself emotionally from the songs when you call wrap on the production of an album?
Graceman: It can definitely be a challenge picking and choosing songs because for me, they’re all special. They all deserve extra love. This album was unique because I’d actually released 12 of the songs previously. I’d challenged myself at the beginning of 2019 to release a song and a video every month for that year. I knew I wanted to release them all together on an album and thought I might even wanna add a couple extra songs. I added two, “Slip” and “Night Follows”. Because those two songs were more recent, I felt I should push them and create new ways of sharing them. The other 12 songs on the album had their time to shine when they were released as singles.

TrunkSpace: If someone sat down to listen to The Way The Night Behaves front to back, what would they learn about you both as an artist and as a person?
Graceman: I have a connection with every song and I feel my emotions very deeply. The experiences I have, no matter if they’re good or bad, fuel my creativity. I’m so grateful to have discovered music at an early age. It helps me focus and direct my feelings with intention. I always try to channel personal experiences into my songs. I’m vulnerable and it allows me to work through things. Music is a therapy for me.

TrunkSpace: Normally you would tour to support a new album, but that is not something that is possible in every state right now. How much are you itching to get back on a stage and in front of a crowd?
Graceman: Being on stage and performing for people is such a unique experience. Unfortunately, touring isn’t an option for most artists at this time. I’m grateful to have the option to do virtual live shows. It’s obviously not the same as performing in person but there are positives to it. Doing a virtual live show allows me to reach people in places I’ve never performed before. People who have wanted to see a live show of mine can now see one! 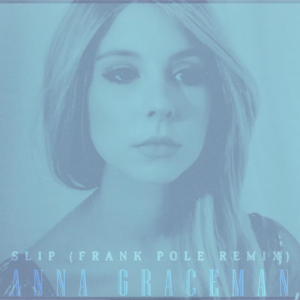 TrunkSpace: What do you get from performing live that you can’t achieve in the studio? Does one offer something unique to your creative brain that the other doesn’t, and vice versa?
Graceman: There’s an amazing energy that comes from performing live. It’s hard to describe. I usually get nervous before shows but once I’m up there singing and playing, I’m totally at ease. It’s so much fun! There’s a tangible feeling in the room when you’re at a live show. Whether you’re the performer or someone in the audience.

TrunkSpace: Your song “Miracle” will be used to help promote the 2021 Tokyo Olympics. Is it even possible to fathom just how many people may hear the song given how big of an event the Olympics are all over the world? What are you expectations for how something like that might impact your career as a whole?
Graceman: It still hasn’t really sunk in yet! It’s such an incredible opportunity. The Olympics are a worldwide event. Having Bebe Rexha cut “Miracle” is a dream come true. To on top of that, know people all over the world will be listening to and singing a song I wrote, is insane!

TrunkSpace: What has been the biggest highlight of your career thus far and why?
Graceman: There are so many highlights that it’s hard to pick one! Meeting and working with writers/artists I admire is always special though. Writing with Shane McAnally was an incredible experience. He is so talented and kind. It was such an honor to sit with him and write.

TrunkSpace: Time machine question. If you could jump ahead 10 years and get a glimpse of what your career looks like a decade from now, would you take that journey? If not, why?
Graceman: I’m not sure that I’d want to. This musical journey of mine has taken so many positive and unexpected turns. I’m happy taking it day by day, enjoying every moment I get to do what I love.