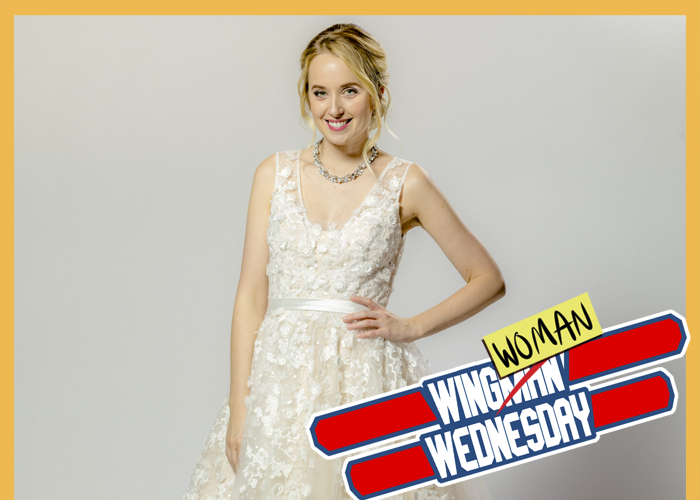 We recently sat down with Park to discuss seasonal pitfalls, why she enjoys being a part of the Hallmark family, and what her pillars of happiness are.

TrunkSpace: Your new Hallmark Channel movie “Once Upon a Prince” is set to serve as the icing on the Spring Fever programming event cake. We’re located in the Boston area where spring hasn’t exactly decided to show up yet. What are some seasonal elements of this movie that will help us feel that we’re putting winter (and snow!) behind us?
Park: Brrr, I’m sorry it’s still cold in Boston! I’m in California where it feels like summer all the time so I especially appreciate the seasons and the fresh start they give people. I think springtime is super romantic and this movie perfectly captures that. The energy of new beginnings is such an exciting feeling and I think because it’s all about two people deciding to start anew, there’s so much gardening and beautiful florals in this movie, viewers will hopefully be inspired by that and forget about winter!

TrunkSpace: Hallmark Channel productions are great at putting the viewer in the spirit of a particular season, but as is the case with this movie, you shoot during a very different position on the calendar. Were there any logistical issues that the production had to overcome to help put the audience in that April showers/May flowers mindset?
Park: SO MANY! It was totally worth it but we shot the movie in Canada in the middle of the winter and this was supposed to be spring. We were dealing with rain, freezing temperatures, gale force winds all while wearing spring clothing and trying to look like we weren’t freezing. Production was great and they had heaters for us and I literally was wearing an electric heated vest with a battery pack underneath my wardrobe in half of this movie and they did wonders hiding it all! 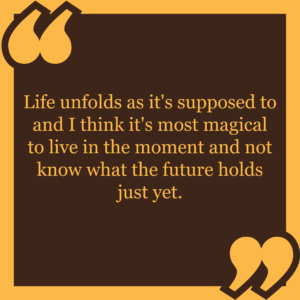 TrunkSpace: You’ve worked on numerous Hallmark Channel productions over the course of your career. What is it that keeps you coming back and working for this particular company on these particular types of productions?
Park: I always come back and work with Hallmark because it’s always such a wonderful experience. The scripts are feel-good, the stories are feel-good and that makes the viewers feel good, which I think it’s much needed in this world. Plus, the network and the executives are really amazing, smart, genuine people and I love being a part of the Hallmark family.

TrunkSpace: How did this experience differ from your previous Hallmark Channel experiences? Did the character/story put you in a position to take a different approach?
Park: I’m always playing someone different and the story is different so each experience feels totally different in a good way. This movie was really FUN. The story is such a common fantasy – you meet someone and you fall in love with who they are, their heart, and THEN you find out they are royalty. I got to just have a good time with this one and lean into the fantasy.

TrunkSpace: We recently chatted with your costar (and onscreen prince) Jonathan Keltz. He had mentioned that the two of you had known each other for years prior to reconnecting on the project. Did having that familiarity with your costar allow you to hit the ground running and find that in-story chemistry?
Park: YES! When I signed on to the movie, Jonathan was attached already and I was thrilled. It’s always fun to meet someone new but there’s something special about already having a history and built-in chemistry with someone. Jonathan and I have known each other since we were both teenagers in Canada but we hadn’t hung out in a few years so it was extra special to reconnect and there was a sense of familiarity that was really nice. He’s a wonderful person.

TrunkSpace: In the movie you play a landscape architect, which is not a profession you often see represented in film/TV. From an outside perspective, one of the things that would be fun as an actor is getting the opportunity to inhabit not only different characters but different professions as well. Did you pick up on any interesting landscape architect tidbits by playing Susanna and what are some other memorable on-screen trades that you’ve had a chance to temporarily take on?
Park: It IS fun to get to play so many “different” jobs as an actor. My mom is an amazing gardener and has a green thumb – my sister too actually! I did NOT get that gene. I have a hard time keeping a cactus alive and since we were filming in the winter in Canada all those flowers you see are FAKE everywhere (shhhhh), even tied into the trees, so I can’t say that I learned a LOT about gardening but I do appreciate it even more now.

TrunkSpace: As far as your actual career is concerned, was acting a choice or the only choice? Was this the path you always anticipated taking?
Park: Acting chose me. I have NO idea why at six years old I was soooo determined to get the role of Gretl (von Trapp) in a local production of “Sound of Music,” but something about it all just made sense to me. I still remember that audition and then getting the role. I was totally hooked and honestly never looked back. It’s a really demanding and unique job. Lots of high highs and low lows, but it’s all I know and I really love it. I recently started writing and directing as well and it’s given me a whole new appreciation for the business and a fun different side of my brain to explore. I can see myself doing a lot more behind the scenes stuff in the future as well.

TrunkSpace: As mentioned, you’re also a writer and director, with a number of projects in the can and a number of others in development. Are you finding it increasingly more difficult to focus on your acting career as you expand upon your behind-the-scenes experience?
Park: I’m not finding it more difficult to focus on acting. I think it’s added to my knowledge and understanding as an actor. Since I started directing and writing, it’s given me a new skill set to approach a script, a scene, the way I communicate with other actors and directors. It’s more of a 360-degree understanding of the business and I think it’s helped me in front of the camera as well.

TrunkSpace: What is the ultimate dream for you, and, are you currently living it?
Park: Wow, what a question! I feel incredibly lucky to be healthy, have a partner who is my best friend and endlessly supportive family and friends I adore. I think those are the pillars of happiness for me so yes, I am living my dream. I have a LOT to be grateful for.

TrunkSpace: If someone came to you with a time machine and offered you a chance to have a glimpse at what your career will look like 10 years from now, would you take the futuristic peek?
Park: No, part of the fun is not knowing. Life unfolds as it’s supposed to and I think it’s most magical to live in the moment and not know what the future holds just yet.

“Once Upon a Prince” premieres April 7 (9 pm ET/PT) on Hallmark Channel.