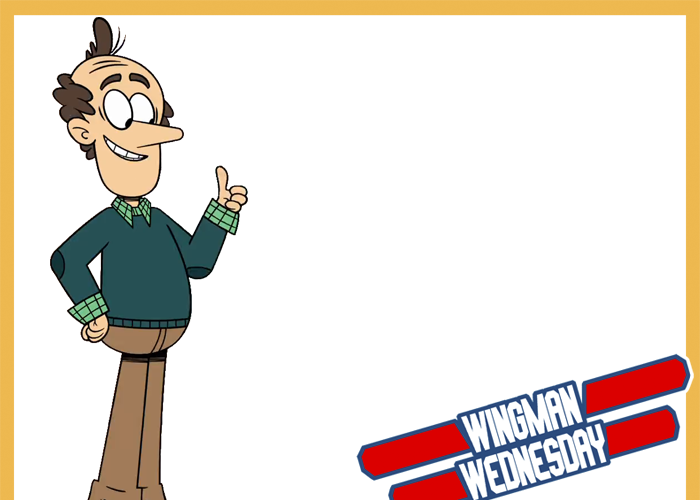 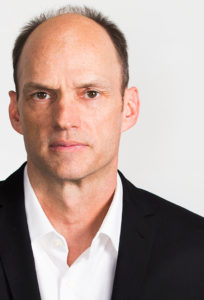 The Nickelodeon animated series “The Loud House” was not created for adults, but those with children will understand just how rare it is when shows for kids can also be enjoyed by the parents seated alongside of them. Often we, the grey-haired and crow’s feeted, are the unintended eyes on a program, forced to not only watch something, but watch it over and over and over again. Thankfully, “The Loud House” plays like a sitcom from the 1980s, complete with a catchy opening theme song, making us quiet fans of the Loud family.

We recently sat down with cartoon patriarch and actor Brian Stepanek to discuss his character Lynn Loud Sr., why he loves being a voice actor, and the reason his 16-year-old self needs to chill out.

TrunkSpace: Those of us here with kids can attest to watching far more of “The Loud House” than was probably ever intended for adults, but that being said, it’s actually a show that we can enjoy with our children. There’s something nostalgic about it… almost like an ’80s sitcom. Have you found more adults taking to it, finding something in it themselves, than you would have ever expected to happen when you first signed on to be a voice of the series?
Stepanek: I haven’t spoken to many parents about the show but I completely see the nostalgia for adults. The show reminds me of Charlie Brown at times. These characters really like and support each other. I come from a large family and so the Loud family is very familiar to me in that regard.

TrunkSpace: Oftentimes we’ll hear actors say that a film or television series felt “special” while they were shooting, serving as a premonition of the success to come. Does animation have that same feel as well? Did you have any indication before its premiere that “The Loud House” would find an audience?
Stepanek: Sometimes. With animation, the actors are such a small part of the production process, it’s difficult to get a read on how the show will do. There are just too many decisions about the look and feel of the show that we aren’t privy to. But I will say the scripts are always fantastic. Lots of laughs and plenty of heart. 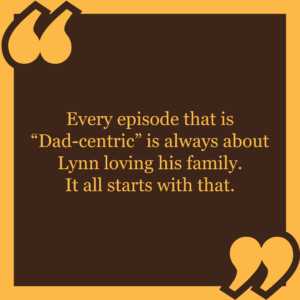 TrunkSpace: For the entire first season, your character’s face (as well as that of the mother’s) were concealed in creative and silly ways. What was the idea behind making the adults faceless (was it an homage to the classic “Peanuts” cartoon, which you mentioned above?) and why was it ultimately decided to reveal them later in the life of the series?
Stepanek: That is a question for the creators. I loved the reveal though.

TrunkSpace: Lynn Loud Sr. is the kind of father who thinks he’s the coolest dad in the world, but his kids may not necessarily agree. (Our kids can relate to that!) How did you go about finding him from a performance standpoint – both his voice and his personality?
Stepanek: I looked in the mirror. I have three kids that are pretty awesome. Lynn just loves his kids. That’s it. Every episode that is “Dad-centric” is always about Lynn loving his family. It all starts with that.

TrunkSpace: There’s a movie in the works. Can you give us any insight on what fans can expect from the Louds going cinematic in structure? Will it have a different feel than the series itself?
Stepanek: No idea. But I can’t wait. 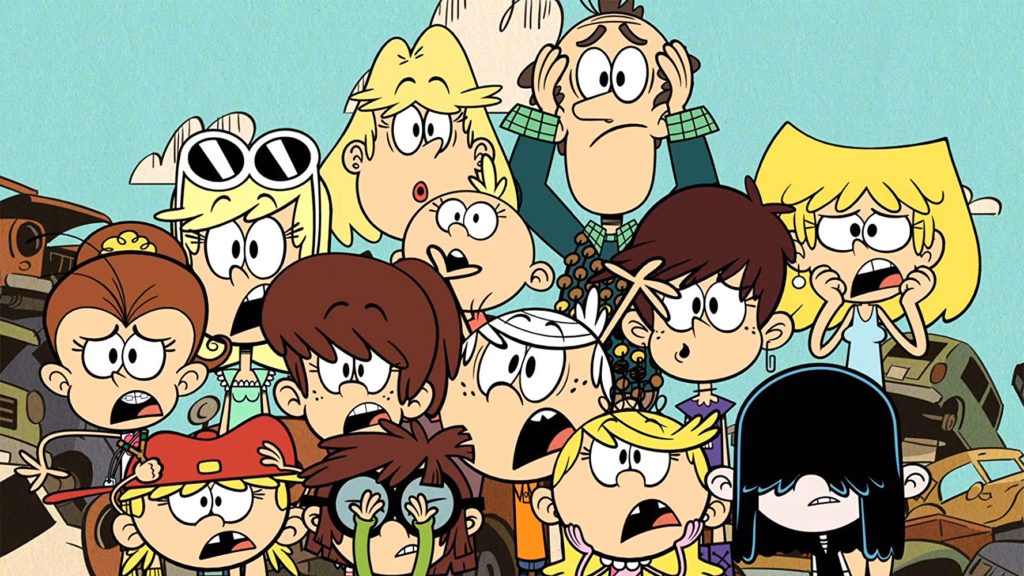 TrunkSpace: Do you take a different approach to performance with voice acting than you do with on-camera work? Does it allow for a more heightened sense of reality when you’re working in animation?
Stepanek: I find it a lot more fun than on-camera. The writers let me have fun and improvise. The environment at Nickelodeon is fantastic. But as far as technique, I prepare the script exactly as I would an on-camera role.

TrunkSpace: You also star in the Nickelodeon series “Nicky, Ricky, Dicky & Dawn,” and have spent a large portion of your career appearing in projects created for kid and teen audiences. Was that by design or did life put you on this path unexpectedly?
Stepanek: When I first got to LA I was doing a lot of dramatic guest star roles and then I booked a recurring character on “The Suite Life of Zack and Cody” and my career shifted. The high stakes performance style in kids programming comes pretty naturally to me (I came from musical theater), so I’ve always had work in that genre. It wasn’t by design but it’s been fun.

TrunkSpace: If you could sit down and have a conversation with your 16-year-old self, would he be surprised by the trajectory of your career, and if so, why?
Stepanek: That kid didn’t know squat. The 16-year-old me would say, “Why don’t we have an Oscar yet?!” And I’d tell him, “I own a house in LA. I made it. Chill out and enjoy the ride. Life is short.”

TrunkSpace: You’re also writing and producing your own projects, including one that is currently in development called “My Substitute is an Alien.” Does writing scratch a separate aspect of your creative brain that acting can’t reach?
Stepanek: Yes. I have always wanted to have a larger role in the storytelling process. I have so much respect for writers. Writing does not come naturally to me but it is extremely satisfying when you finish a script. I’ve started directing television as well and love being involved in the big picture.

TrunkSpace: What is something within the industry that you have yet to accomplish in your career that you have your sights set on? If you could write your own future, what would it look like?
Stepanek: I just shot a movie called “Green Book” with Viggo Mortensen and Mahershala Ali. If I could do projects like that for the rest of my career I’d be fine. And I’d like to be directing on a regular basis.

Did you hear that, 16-year-old me? Keep it simple!