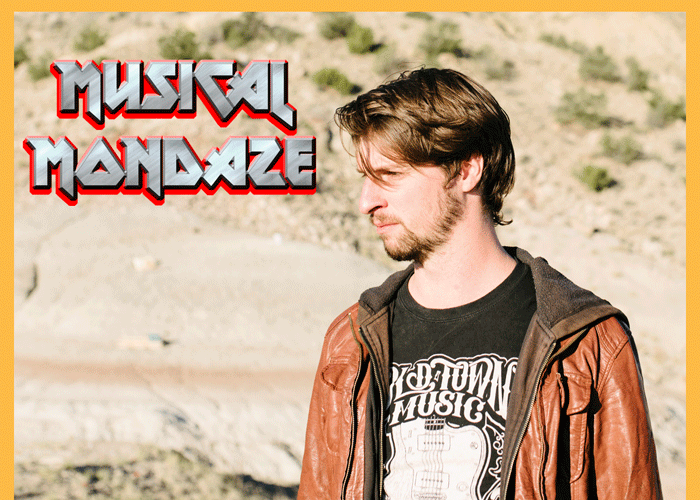 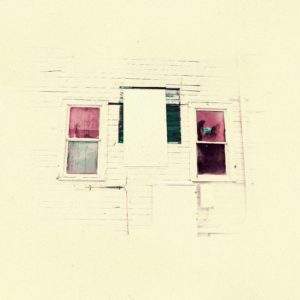 Andy Othling is Lowercase Noises. The musician and composer has been igniting imaginations through music since 2009, crafting fanciful journeys in sound that, while structured in their delivery, enable the end user to establish their own sonic POV upon listening. Othling’s latest album, “The Swiss Illness,” is due out on Friday and he is set to embark on a living room tour with the band Hotel Neon this summer.

We recently sat down with the New Mexico native to discuss his stripped down approach to the album, vague inspirations for songs, and why he is Lowercase Noises.

TrunkSpace: “The Swiss Illness” is due out in a few days. Do you get butterflies releasing new music to the world.
Othling: Not so much. I’ve been so bogged down in just all the little things that have to happen to get it out there. This has been such a strange process because this has been the longest time between completing the album and releasing it. Normally for me it’s like a month, at the most maybe, but I finished this and got the masters back in December or something. I feel like it’s in the past already in a weird way. (Laughter)

TrunkSpace: Are you in a different creative space now than when you put this album together?
Othling: Yes. I’ve had some other projects. I haven’t really gotten back to writing this style of music, but I’ve had a friend of mine who needed a soundtrack for a movie, so I did that and then I’ve got some contract work that I’m going to be doing. It’s been other different stuff, which is good.

TrunkSpace: What were the creative goals with the album? Were you looking to accomplish something specific?
Othling: The only thing I think I really had in my head was that I really wanted this to be just basically more minimal, if that makes sense. I have a tendency, and I think everyone in any creative field sometimes has a tendency, to want to over-complicate things or over-fill things with ideas and parts and textures and stuff and I just really wanted to focus and say, “I want to focus on getting cool stuff in there but not overloading it so everything kind of stands by itself.”

Overall simplicity is what I was going for. There’s no drums. There isn’t any in the entire thing. It’s all pretty consistently on the same dynamic level and that was a goal of mine too because I think, not that this is bad or anything, but previously I’ve had albums that are just very up and down in terms of that dynamic level. Some songs have a big drum part or something. With other songs it will be real minimal. I just wanted to be more concise, I guess. That’s a good way to say it I think.

TrunkSpace: You spoke about working on other things creatively since finishing the album up. Was it important for you to step away from this style and put some creative distance between 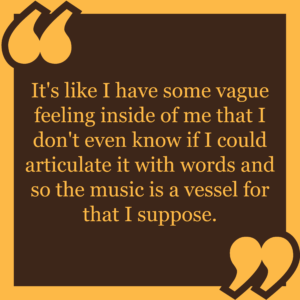 what you were creating on the album?
Othling: Yes. That’s always very important for me especially with me being the only person in this project. I get so into it. I’m dealing with all the ins and outs of a certain thing. Like this movie soundtrack I did for instance was 70s/80s disco rock. It was just like a 100 percent different style and felt really good. Also it makes me excited to get back to doing this kind of stuff. The project I’m about to start now is a contract I have for a licensing agency where I’m going to be doing similar songs like the album, but it’s nice to be able to flush it out for a minute and then come back to it with a fresh mind.

TrunkSpace: Is it difficult to go from a project where you are in charge of every aspect to a contract project where you’re working within a particular set of margins?
Othling: Yes. That’s actually a place where I’ve struggled previously. I’ve done projects in the past where I was basically hired to write songs for another agency and they were like, “We want one like this, one like this, and one that’s like this.” And I was like, “Yes, okay. That’s fine.” I didn’t realize until I got into it how hard it was to dictate where my creativity wanted to go or have some external thing dictating it.

For this soundtrack particularly… there’s a friend whose doing it… well, he actually came here to my house and helped guide me vibe-wise for the thing, which was very helpful because it was just instant feedback. I would throw out an idea and be like, “Okay, how about this?” He’d say, “No, not that. Let’s go this way.” And I’d be like, “Okay, cool.” So I can immediately throw out ideas and immediately know when I’m on the right path. Even though he wasn’t really doing anything musically, there was no hands-on parts or anything he was doing, I was able to have some creative pressure off and that was very helpful to me, which I really appreciated that for sure.

TrunkSpace: It must be nice to not go too far down a creative rabbit hole and enjoy what you’re doing and then have somebody step in and say, “That’s not working.”
Othling: Exactly. That’s what happened before. That’s like pulling teeth when you have to go back into a song and change it, when you thought it was the way it should be and someone is telling you to make it something else. That’s not a good feeling. I try to avoid that as much as possible. (Laughter)

TrunkSpace: While you’re writing Lowercase Noises songs, are you trying to elicit a particular emotion or feeling?
Othling: Yes, I mean that’s typically where it comes from personally is… the whole thing is very vague. It’s like I have some vague feeling inside of me that I don’t even know if I could articulate it with words and so the music is a vessel for that I suppose. But then the fun thing is, it’s like I create it that way where I’m trying to… I feel a certain way and I’m trying to infuse that into this piece of music, but the most fun thing is hearing how people perceive it because it’ll be a lot of times a hundred percent different than what I felt going into it. And I don’t see that as like I failed or something. I want to leave it as open as possible for people to take whatever they want from it. There’s noone telling you what to feel about with this song. There’s no lyrics saying, “Hey this is what this song is about and this is how you should feel.” It’s just wide open for somebody. That’s one of my favorite things about this style of music for sure.

TrunkSpace: Was there a reason that you chose to perform under Lowercase Noises as opposed to your own name as a solo artist?
Othling: The name itself, I don’t have a great explanation for it. When I was coming up with a name it was like the name I hated least on a list of names. I couldn’t even tell you what the other ones were at the time. But the only thing I knew was I very much didn’t want it to be my name because… kind of like when I was talking about how people can take whatever they want from the song, I kind of wanted to distance it from myself as a human being a little bit.

I feel like that helps people take it in a different way. Because the music can, and I hope, is more than who I am as a person. I feel like if it was just Andy Othling with song X, that’s too closely tied with the human being that is me. Like I said, I very much want it to be as open and kind of as vague as possible so that people aren’t thinking about a human being when they’re listening to the song, they’re thinking about some sort of different entity or something else completely. 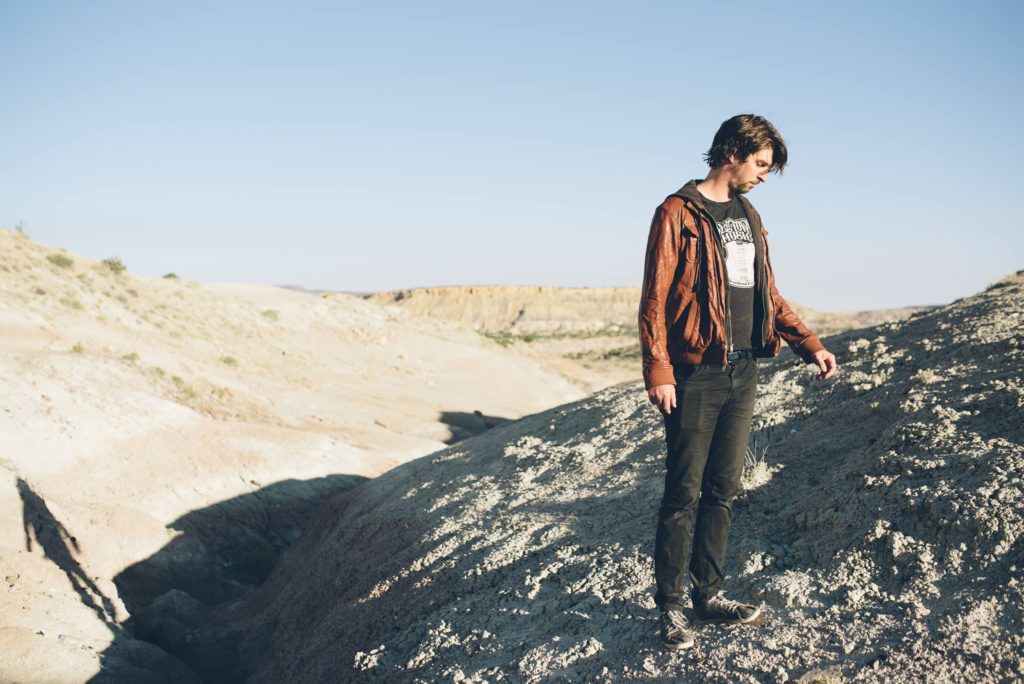 TrunkSpace: Was that part of the mindset going into doing something like the living room tour, which is like putting people in a space they are already comfortable in just to sort of sit back and listen to the music and not the person?
Othling: I think that’s definitely part of it. When talking to my friends about the tour it was like, “This sort of music doesn’t fit in a bar, doesn’t fit in a coffee shop.” I was like, “Well, I’ve been watching people like David Bazan and others do these living room tours” and I’m like, “That’s honestly the perfect environment for this music.” It’s a normal space, it’s quiet, there’s a very small amount of people.

TrunkSpace: For fans it has to be the most intimate way to see an artist… in their own living room?
Othling: Yes, totally. Then the show ends and then we’re just hanging out and we can talk. Yes, it’s great all around, I really love it.

TrunkSpace: What do you think is the best way to listen to Lowercase Noises music?
Othling: I listened to the test pressings and I was like, “Oh, this is how I wanted it to sound.” You get that warmth and… not lo-fi, but just that warm feeling. I do feel like the vinyl is the best way in terms of quality for sure. The funny thing about this music is that, for me personally, I want to either give it my 100 percent full attention and I feel like vinyl is great for that because you got to get there and flip it over and you got to put the needle down. It’s just a great experience. Either that or, I really love it as background music. The guys in Hotel Neon always use, and I’ve stolen it from them, the term “Furniture Music.” It’s there, it’s part of your room, but it’s not the focal point at all. It’s just there as like a set piece. So I also like listening to music like this that way where it’s just kind of like filling up the spot in my brain, but not really the focal point of what I’m doing.