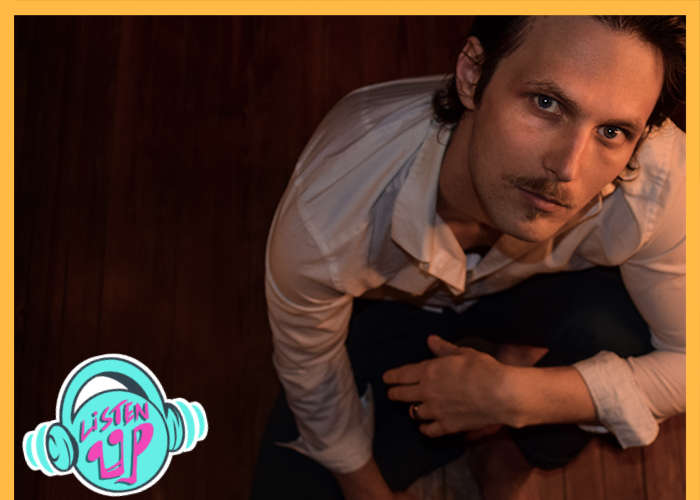 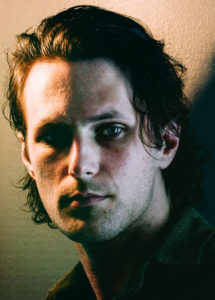 Despite popular belief, many musicians have careers outside of the studio. For singer-songwriter Jon Reynolds, that is something that helps to keep him grounded while providing real world inspiration for the subjects he writes about.

“The starving artist is romanticized but the working artist isn’t,” he said in an exclusive interview with TrunkSpace.

Reynolds latest EP, Petrichor, is available soon, but in the meantime, you can check out the singles “Come Now Spring” and “Love Blind.”

We recently sat down with Reynolds to discuss sharp changes, the Nashville community, and art speaking for the people.

TrunkSpace: A lot of artists and musicians have been creatively-inspired during this extended period of isolation. As we understand it, our societal pause gave you the motivation to put this collection of songs out to the masses. Would Petrichor be here today had it not been for what has been a very strange and difficult 2020?
Reynolds: The short answer is no. I cannot say that it would be here without the shut down. I think that some form of this EP would exist, but not at the artistic level and not with the same songs. Having this break gave me clarity and focus which turned into growth and opportunity. I certainly don’t think I would be answering these questions right now if it weren’t for that sharp change.

TrunkSpace: You are very busy outside of music. Does a career away from songwriting refuel the creative tank and keep the songs flowing? 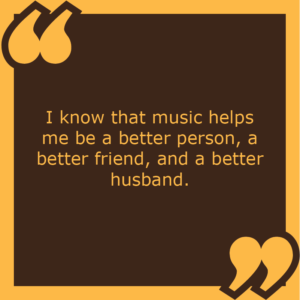 Reynolds: My non-artistic work definitely keeps me in touch with very real things to write about, but that’s not to say it never gets in the way (forgive my double negative). Over the last couple years, it certainly tipped over into the “getting in the way” realm as opposed to the “inspiring” mode. It’s a part of being an artist that isn’t talked about that much – the fact that most of us also work and live in the non-artistic world. The starving artist is romanticized but the working artist isn’t. Finding the balance between allowing the realities of life to inspire your art and not allowing those realities overwhelm you is something I’m still learning. Right now, though, I feel closer to that balance than ever before.

TrunkSpace: You moved to Nashville to pursue music, but we can’t help but wonder, does being in such a musically-rich city have its drawbacks? As much as that creativity can inspire your own, can it also be overwhelming knowing that so many people are running the same race and looking for the same end goal?
Reynolds: HA! I think if I were anywhere else in the world, the answer would be “yes”. But I’m in Nashville, so, no. Nashville is a community of supporters, not attention seekers. We are all going for the same goal, but there is a sense here that we are only able to achieve that together. I mean, I wouldn’t be where I’m at if it weren’t for other writers, artists, musicians, etc. And, I look forward to sharing any success I have with the people who have stuck with me.

TrunkSpace: Petrichor is set for release in the near future. What kind of emotions do you juggle with when releasing new material to the masses? Does this one feel different given the current state of the country/world?
Reynolds: I think I usually have a 50/50 split of fear and excitement. This time around I think I may have tipped the scales in favor of excitement because I really feel like these songs hold their own on a lot of levels. With the current state of things, I have a weird mix of worry that I’m selfishly seeking attention while at the same time feel like the audience has finally arrived for my kind of artistry. I have always written about social issues. I think the world is in a place where they want their art to speak to those topics.

TrunkSpace: If someone sat down to listen to the EP front to back, what would they learn about you both as an artist and as a person?
Reynolds: As an artist, I think they’ll learn I appreciate the way a song makes a person feel. These days I focus so much on the vibe and arrangement of a song – even more than the lyrics sometimes. I like to use my songs’ music to make connections. The feeling you get when you hear something that grips you is impossible to ignore and can even be healing. I think listening to the whole EP from top to bottom will leave you with a very grounded feeling.

There are a lot of things you can learn about me as a person from this EP, but it’s hard to make that judgment myself. I definitely think a person can pick up on the range of experiences I try to include in my life. I cover lots of topics in five songs. Hopefully, that’s a good thing!

TrunkSpace: What are you most proud of with the songs on Petrichor?
Reynolds: By far – the production. I worked so hard with my engineer/assistant producer Owen Lewis to get every detail right. These songs really sound like me. It’s so easy to second guess yourself in this industry, but at the end of the day, I pushed through the exhaustion and doubt and stuck with my gut. I think what came of it was something very lyrically human and sonically dense.

TrunkSpace: Would 10-year-old Jon be surprised by the artist he would one day become? Are you writing songs now that the kid version of yourself couldn’t even get his head around?
Reynolds: Oh yeah! Ten-year-old me did not see this coming. Back then, I was mostly playing classical piano pieces and arranged hymns with the introduction of some classic rock tunes. But, there has always been a part of me that knew music was central to who I was. As for songwriting, I didn’t really pick it up till my mid teens – I’m definitely writing circles around my younger self… thankfully! He wasn’t that good. 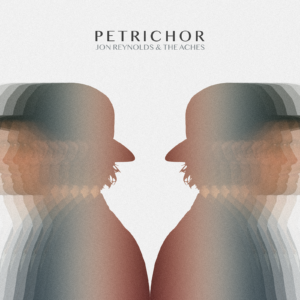 TrunkSpace: Where would you be without music in your life? Is it possible to imagine a time when you would call it quits and hang up the guitar for good?
Reynolds: There have been moments where I entertained the thought, but it always feels like I’d be letting a part of me dissolve. That doesn’t seem… healthy… if that makes sense. I know that music helps me be a better person, a better friend, and a better husband. It keeps me focused on those values. If I didn’t have it, I think I would be a much worse version of myself – like I wasn’t living up to my potential to create good in the world. Even when I try, I can’t imagine hanging up music.

TrunkSpace: What is the most rewarding portion of the creative process for you and why?
Reynolds: Usually it’s the songwriting – to create something out of nothing that will stick with people is so gratifying. But in this project, the most rewarding thing was the additional tracking I did with Owen. We were both in the trenches getting every tone, every sound, every expression, and every mix just right. It was creativity at its finest. It’s the first time I felt like I got exactly what I wanted out of a recording.

TrunkSpace: Time machine question. If you could jump ahead 10 years and get a glimpse of what your career looks like a decade from now, would you take that journey? If not, why?
Reynolds: I would! I am really optimistic about my journey in music. This EP has given me a lot of confidence and a lot of determination. I think the future holds a lot of good things for me!