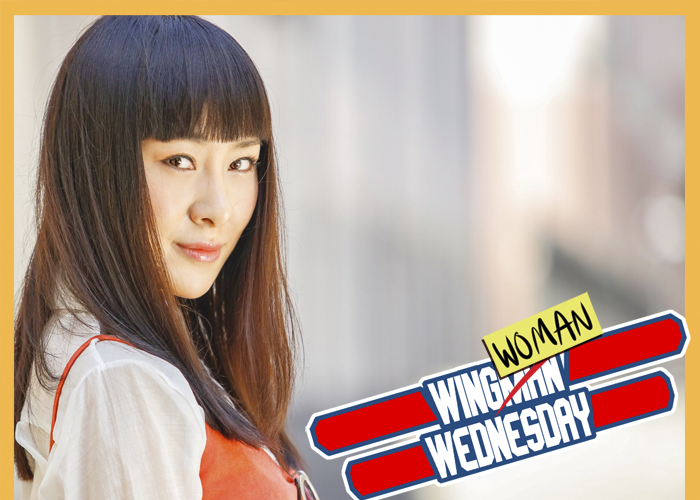 A talented newcomer who could also whoop your butt, Lily Ji is about to make her presence known as she is set to go toe-to-talon with building-sized monsters in “Pacific Rim: Uprising.” As one of the newly-minted cadets tasked with saving humanity by way of giant robots called Jaegers, the Beijing-based actress hopes that the size and scope of the movie (never mind the CGI creatures) will lead to more on-screen opportunities both here in the States and abroad.

We recently sat down with Ji to discuss her excitement for the film, the need to tap into her imagination while shooting against green screens, and how her background in various forms of martial arts helps her career in multiple ways.

TrunkSpace: “Pacific Rum: Uprising” is a big movie with mass international appeal. Is it difficult to not feel overwhelmed as you gear up towards the release?
Ji: I’ve been just feeling so excited since day one until now. So very excited, that’s for sure.

TrunkSpace: Does the idea that the film is expected to do so well in so many different markets increase that excitement?
Ji: Yeah, absolutely. I remember the first one did really well in China and then I was like, “Wow!” And I got to work on the second one and it’s like, “Great!” It’s so funny, I remember a few months ago I actually ran into the triplets from the first one in Beijing. They were the cadets and now I’m the new generation. It’s like, “Wow, what a connection.”

TrunkSpace: Nowadays it seems that everything getting made is based on something else, but it’s kind of nice that “Pacific Rim” is marching to the beat of its own world/universe. 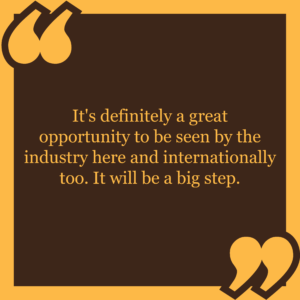 Ji: Oh yeah, absolutely. Which is really fun and exciting to work on, because as Marvel and all that, it’s already existing and been made so many times, but this one is a brand new world and it’s so much to explore. And then especially when we’re creating our own characters and we get to really put in a lot of personal stuff and personal understanding, which is really cool to do, on the creative side.

TrunkSpace: Obviously there’s a lot of green screen work in a film like this. As an actor does that require you to put more faith in your director because they’re not only taking you through the scene but, again, they’re helping to paint a picture of that world for you, right?
Ji: Yeah, absolutely. It’s just really practicing your concentration and definitely imagination, for sure. And luckily Steven (DeKnight) was always like, “Okay, just imagine over there, a Kaiju, and here’s how tall it would be, roughly,” and then you just have to use your imagination the whole time. There’s this one scene, four cadets – four of us – and half of the set actually was green screen and I was like, “Oh my God, it’s so hard to imagine.” But then, the other half was ready, so you kind of just copy that set into the other one and it’s like, “Okay, the whole thing is the same,” which is really fun to do. (Laughter)

TrunkSpace: Does that concentration also come into play when you’re trying to remain in the scene and work with those green scenes, because it must be difficult to not fall out of the moment at times?
Ji: Absolutely, especially when we’re adding action and stuff. That’s actually extra little work, and you have to remember your lines of course, and then the movements, and then when to do this and then when to punch that, and then also remember, don’t block your light and the position, this spot and that spot. It’s like, “Oh my god, what’s going on?” (Laughter)

TrunkSpace: A film like “Pacific Rim: Uprising” takes so long to make, especially in post-production when all of the effects are added. Is it odd for you to sort of be back into it now and talking about the film again after being away from it for so long?
Ji: No, actually, I think all the memories and experiences still feel like… they’re recently new for me. I guess just because it’s such a great project and it’s probably the first very big project for me, personally, I feel like, wow, it’s just so amazing. And we took like half a year to shoot, and we basically spent that half year, every day together. We train together – the cadets – we eat together, we do whatever, all together, kind of like we were doing military life together for half a year. And then the past year for post-production we still chat occasionally. We still follow each other’s stories and everything. I just feel like we never really have been apart, so part of that big family and the memory is still there.

TrunkSpace: Because it’s such a big movie, do you feel like it’s a career game changer?
Ji: Yeah, for sure, because my profile was generally in China before. Even though I was in some Hollywood productions before, the characters… the size of it… it’s just not very helpful, of course, until this one. And finally, with all the publicity… there’s only two Chinese cadets in the whole group and it’s really good for us to get seen and also to showcase our talent, our skills – like bilingual skills – and for me, an action side as well. I’ve been training for martial arts, MMA, all those, and definitely, action is one of the jobs I’ll keep doing.

It’s definitely a great opportunity to be seen by the industry here and internationally too. It will be a big step.

TrunkSpace: Having a background in martial arts must be a great asset to have as an actor because it opens doors for you that wouldn’t be available otherwise. You get to step into the action roles that just might not work for people who don’t have that skill set.
Ji: Yeah, for sure. I think age-wise, this age group, we’re already like new blood. MMA, boxing, martial arts, tai chi – all those kinds of stuff will definitely help me for sure. And I think, even if it’s sci-fi, where there are big productions – the superhero stuff – they also require action stuff. And actors or actresses still need to train. No matter what genre, definitely, something always will help. And also, it helps me to stay in shape. (Laughter)