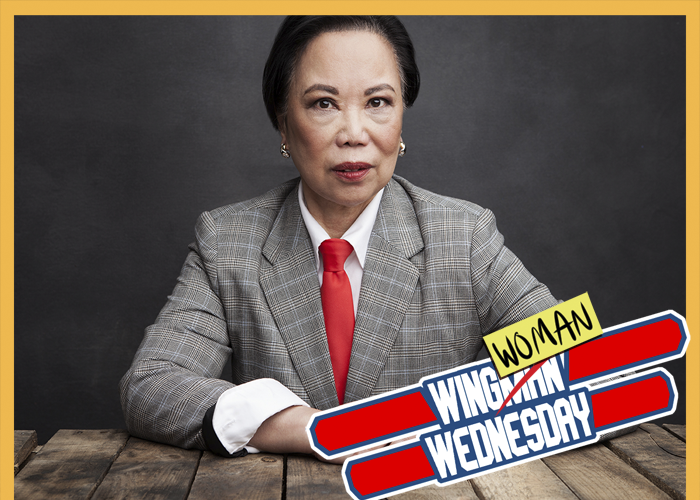 Human beings are creatures of comfort and habit. When we fall into a rhythm, we tend to keep the beat until forced from our self-induced song, which is why it is so impressive that Lillian Lim decided to pursue her dream of becoming an actor decades after most individuals make that commitment to themselves.

At age 61, following a successful career as a dentist and another dream-worthy pursuit as a fashion designer, the Vancouver native decided to refocus on the creative arts nearly a lifetime after the acting bug first bit her while visiting the theater as a little girl with her mother. Now almost 66, she is experiencing a career-defining moment starring in the drama “Meditation Park,” which is currently available on Netflix.

TrunkSpace: Your new film “Meditation Park” was released on Netflix back in March. As a performer, do you feel that streaming platforms like Netflix extend the shelf life of projects? Will a film like “Meditation Park” have a better chance at finding an audience in a place where viewers have full control over what they consume?
Lim: Streaming platforms like Netflix absolutely extend the shelf life of projects. It makes it easier for audiences to access films in the comfort of their own homes at a time convenient to them and allows them to watch it multiple times with family and friends in a relatively inexpensive way.

TrunkSpace: As far as experiences go, what will you take from your time working on the film?
Lim: Mina Shum is a genius of a director. I have learned so much from her about how to use my voice, gestures and facial expressions to convey subtle emotions to the audience. An actor often interprets the scene a certain way that may not necessarily be the same as the director. Mina has a very specific vision of how each scene should be played. Understanding exactly what she wanted the audience to feel helped me to adjust my interpretation and play the scene accordingly.

TrunkSpace: You play Anita in “Meditation Park.” What did you enjoy most about inhabiting this particular character and was finding who she was an easy journey?
Lim: I loved the role of Anita because she is so much like me – loud, boisterous, bossy and fearlessly protective of those whom she cares about. She is quick to anger but also compassionate and willing to admit it (albeit reluctantly) when she has made a mistake. It’s funny because when I went for a costume fitting, almost 90 percent of what they asked me to try on was hanging in my own closet at home. We have the same outrageous taste in clothes and we are always out for bargains in Chinatown and at Value Village (the American equivalent of the SallyAnn or the Salvation Army for used clothing).

TrunkSpace: How do you generally go about discovering new characters? Is there a routine that you go through… a process… when you’re cast in any given project? 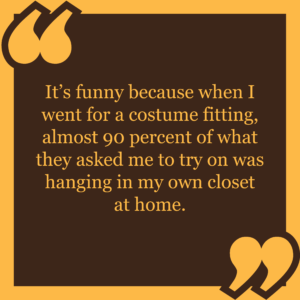 Lim: I am almost 66 years old. I think I have gone through as many experiences as one could in a lifetime. When I began I thought that acting would be easy, that the ability to act was innate in everyone, like breathing or walking. I didn’t realize how bad an actor I was until I took Crystal Lowe’s acting classes. She taught me how to truly be “in the moment” – how to reach deeply into my own experiences in life to dig out what the character was feeling in that moment – not how to play the character, but how to be the character.

TrunkSpace: We read that your mother was an avid movie fan. Do you think that being exposed to the arts at a young age is a part of what put you on a path to becoming an actress?
Lim: I was thrilled whenever my mother took me to watch the Chinese movies in Chinatown, especially if Fung Bo Bo (the Chinese equivalent of Shirley Temple) was starring in it. She was my age so I often replayed her character in scenes with friends on the block. Most of the Chinese movies were tragedies and I thought the actors must have some kind of superpower to be able to make the audience weep so uncontrollably – that’s when the acting bug bit me. I believe many people have an inkling of what their passion is from a very young age.

TrunkSpace: Ultimately you didn’t pursue acting until much later in life. Why did you wait to go after your dreams and do you regret not having reached for those personal stars earlier in life?
Lim: Although I never voiced my desire to become an actor to my parents I knew they disapproved of acting as a profession because they didn’t believe it was very financially stable and that it involved a lifestyle mired in infidelity and alcoholism. So they advised me to become a pharmacist. After three years I found that pharmacy was not my calling so I considered returning to university to study medicine but my brother, an anesthetist, said that if one of my patients died, I would become devastated and blame myself. He advised me to become a dentist because it was much more difficult to kill a patient as a dentist. I think that whatever you do in life is never a waste of time because you always learn from it. I think it is more of a waste of time to regret what you’ve done because you can’t change the past. You can only change the future. You should use what you’ve learned from your past to avoid making the same mistakes in the future. I believe that having not been an actor most of my life has allowed me to be a better actor today. 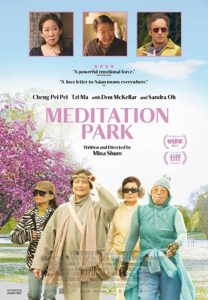 TrunkSpace: You were a dentist for 27 years before pursuing fashion design and acting. For all of those adults reading this who are wondering how they can hit the restart buttons on their careers, what advice would you give to them in taking that first leap and seeing their dreams become a reality?
Lim: I have been extremely fortunate in my life that the good Lord has always provided me with supportive people. My mother supported me in becoming a dentist. Then my husband and three daughters supported me in becoming a fashion designer and an actor. Because I am a retired dentist I do not have to pursue acting for financial gain. I do it purely for the passion. I don’t envy those young actors who have to worry about paying for rent, food, clothing, acting classes, transportation, and finding jobs which have the flexibility of allowing for time to go to auditions. But no matter how difficult it may seem to you in the moment, you should never give up your dreams. Take acting classes from reputable teachers, volunteer to do student films so you can showcase your acting ability in your demo reel, apply to reputable casting agencies, have consideration for your fellow actors and help each other out. If you believe in yourself, if you have faith and pray for guidance, it will happen.

TrunkSpace: It’s a difficult career to break into for anybody, but when attempting to do so later in life, there must be plenty of naysayers who are there tell you that it’s not possible. Did you experience others trying to stand in the way of your dreams and if so, how did you block out all of that noise to remain focused on your goals?
Lim: Many of my friends said I was crazy to pursue a career in fashion design at the age of 58. The same ones said I was crazy to become an actor at 61. They all laughed. But I followed my heart because I felt the Lord gives each of us a gift to serve the world and this was His gift to me. And He gave me a husband and three daughters who believed in me. And that gave me the strength to believe in myself.

TrunkSpace: What is it that you love about acting? What makes this profession the one that excites you most of all?
Lim: What I love about acting is the challenge of becoming so many different personalities and making these characters real to the audience. Acting allows me to morph into someone else.

TrunkSpace: What are your long-term goals when it comes to acting? Is there a best case scenario in your mind or are you riding the wave that life brings forth and landing at whatever shore it crashes into?
Lim: My long-term goal is to be recognized for my craft as a good actor. I am not after fame or fortune. I hope to put whatever monetary success I may achieve to good use – give back to the world for the many blessings that the Lord has given me. One of my favorite sayings is from the Dalai Lama – “Service to others is the rent you pay for the room you have here on earth.” I believe that we are put here on this earth to serve those in need. That is why I volunteer to serve dinner and bring homemade desserts to Gospel Mission in the Downtown Eastside of Vancouver, B.C.