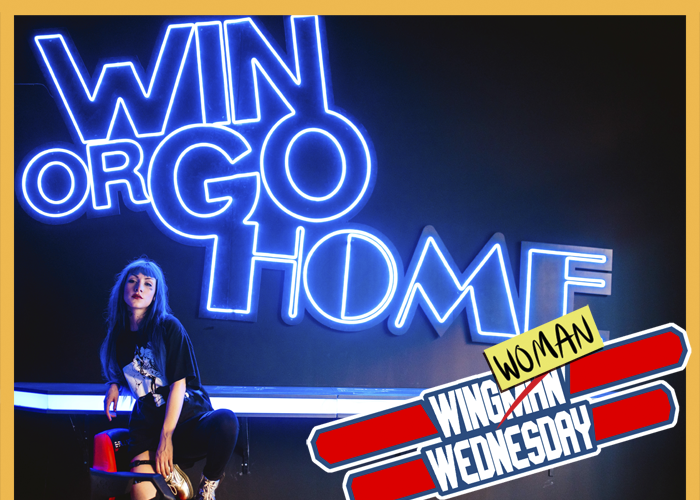 As a lifelong comic book fan, model-turned-actress Lovina Yavari is having to pinch herself with her recent track record of on-camera roles. Not only is she starring as Junkie Jane in “Polar” for Netflix, but she will also be appearing in the upcoming film “Shazam!” based on the DC Comics character of the same name and in Amazon Prime’s “The Boys,” adapted from the comic book series by Garth Ennis and Darick Robertson. It’s a pop culture-palooza of celluloid sequential success and it’s exactly what she always wanted.

We recently sat down with Yavari to discuss how her look is suited for the modern on-screen landscape, Instagram blow-ups, and what her career best-case-scenario would look like.

TrunkSpace: From an outside perspective, it seems like you are single-handedly taking over comic book adaptations in 2019. Not only are you currently starring as Junkie Jane in “Polar” on Netflix, but you’ll also be appearing in “Shazam!” and “The Boys.” Was this part of a masterful adaptation domination plan or a comic book coincidence? Does appearing in projects based on comic books and graphic novels appeal to your own personal interests?
Yavari: This was actually EXACTLY what I wanted so it’s surreal as hell. I grew up reading comic books – I loved anything by Grant Morrison, Alan Moore, Brian K. Vaughan, Joss Whedon, and Warren Ellis. It’s the best feeling in the world to be immortalized in these fictional universes. I never stop fangirling about it.

TrunkSpace: If we can spend some time talking about Junkie Jane… first, “Polar” is visually such an interesting film and sort of speaks to the future of mass market distribution. To us, this is a movie (along with “Bird Box”) that will make studios wake up and go, “Okay, maybe we don’t have to be in theaters anymore.” As an actress, do you feel like you’re working at a historically significant period within the industry where the new guard is replacing the old in terms of how things were once done? Can you see the change happening from your perspective?
Yavari: Oh yeah, I definitely see it. I feel like I joined the industry at the perfect time – there’s more diversity, better roles for 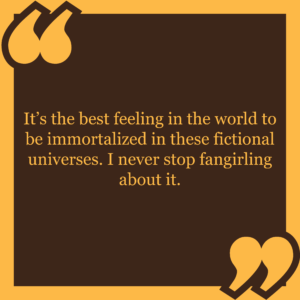 women, more opportunities for actors and social media. I can create my own content and build my brand instead of waiting around to be discovered. Ten years ago someone that looked like me wouldn’t have had a chance in hell to be seen for auditions. It’s only been the last couple years that the industry has been stepping away from casting the classic Hollywood beauty types and actually taking more risks.

TrunkSpace: Once “Polar” hit Netflix, how soon after did you feel its impact? How long did it take for fans of the film to track you down on social media or for your rise on the IMDb STARmeter to take you by surprise? (Currently sitting at 191!)
Yavari: The “Shazam!” teaser trailer was released the same week “Polar” dropped, so my Instagram blew up immediately. I felt like I logged into some alt universe.

TrunkSpace: For the viewer, the final product is always what’s memorable when it comes to a film or series, but for those working on the project, we have to imagine that it is the experience that stays with you. For you, what was the most memorable aspect of getting to work on “Polar” and slip into the Junkie Jane persona?
Yavari: Working with my SPFX makeup artist Traci Loader. She applied all the tattoos and track marks on my character. Funny fact, I started out in film as a makeup artist, and was once her assistant years ago. So it was crazy as hell to bump into her on set and find out she was my makeup artist. Since she knew I had a makeup background, she let me help apply my character’s tattoos. I even chose all the placements for them. All the tattoos I picked out told a story on my body, giving them meaning helped bring Jane more to life. That process helped the most.

TrunkSpace: We recently chatted with a number of your “Polar” costars, including Fei Ren and Josh Cruddas. One of the things that was a constant between every conversation we had was just how welcoming and creatively-inspiring being on this particular set was. Did you have the same experience? Was the “Polar” set one that you hated having to walk away from?
Yavari: Hands down, both the cast and crew were such a pleasure to collaborate with. Jonas was such a cool director – I had no idea I was already a massive fan of his work until I met him. He directed so many of my favorite music videos. He has such a laid-back and welcoming attitude. He trusted me to portray Jane how I wanted. I was given a couple guidelines, but had free reign to do whatever. I know experiences like that are rare in this industry, so I’m insanely grateful for it.

TrunkSpace: You’re also a model. Are there challenges to trying to cross over into the world of acting in that, do you find that casting directors view you as a model who wants to act, as opposed to an actress who happens to model?
Yavari: I feel like modeling helped me secure a lot of gigs, especially since I first started out doing commercials and print ads. I also try to maintain a diverse portfolio so I could be seen for other roles that someone wouldn’t normally cast me as.

TrunkSpace: In a lot of your modeling shots, we see characters. We see you inhabiting a persona in the same way you would do an on-camera role. Do you approach modeling in the same way as acting in that, are you playing someone else when you’re taking part in a shoot?
Yavari: That’s exactly what I’m doing. I art direct and style all my photo shoots and one of the things I strive for is having my images look like stills from a movie or anime.

TrunkSpace: You’re still very early in your career but what has been a highlight thus far that you’ll carry with you moving forward?
Yavari: Oh man, being flown out to Cuba to work on a film. That was amazing. But honestly, every project I’ve had the opportunity to work on has been a highlight. It’s a constant reminder that working your ass off pays off. I’m eternally grateful for where I’m at and where I’ll be heading. I also have to give my agency, Hero Artists, massive props, too. They’ve been amazing with representing me and letting me be who I am, as opposed to trying to rebrand me into an existing artist. I get to be myself and work on projects I’m already a fan of. It’s unreal.

TrunkSpace: Give us the best of your best case scenarios. If you could pave your own career path, what would that route look like? What would be the ultimate dream?
Yavari: Work on “Star Trek,” have an action figure of my character and a comic book series (6-issue run with cover art by Junji Ito), voice for 30 video games and two abridged Shonen Jump anime series with 300 filler eps so I’ll never be out of an acting job, go to comic cons and do signings. Own a clothing, robotics, makeup and motorcycle company. Travel the world. Get my pilot license. Win an Oscar.

TrunkSpace: Time machine question. If you could jump ahead 10 years and get a glimpse of what your career looks like a decade from now, would you take that journey? If not, why?
Yavari: Nah, I already know where I want to be in life. Anything that happens on the journey there is a bonus.