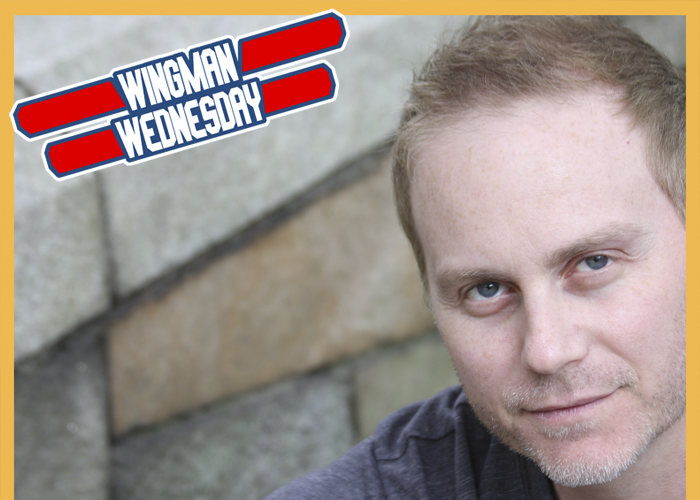 A bad guy in a good guy’s clothing. That sums up Jason Altman’s character Herrmann in the latest season of the popular Netflix series “Orange Is The New Black.” But even the actor, who is just as comfortable on stage as he is behind the camera, didn’t expect to have the officer with the shady past stick around beyond the initial Season 5 finale that he was hired on for. Thankfully, the producers saw potential in Herrmann’s prolonged narrative and that means Altman is back in Season 6 to cause even more trouble.

We recently sat down with Altman to discuss how the opportunity to appear in the series came about, why he wouldn’t have played Herrmann any differently if he knew then what he knows now, and exactly what makes his bad cop so bad.

TrunkSpace: Any new job is exciting, but there must be an extra rush involved when you learn you’re becoming a part of something that is as acclaimed as “Orange Is The New Black.”
Altman: Yes. I was a huge fan of the show. I never missed an episode ever, prior to even getting the audition. Plus at the same time, it was the largest TV role that I had ever gotten, so it was just overwhelming at first. I also got it without having an agent or a manager, so I really was just floored. I wouldn’t say it changed as far as the way I go about life and money, and all that, but what happened is just the momentum in my career just kind of took a whole turn for the better. So yes, it was definitely a seminal moment in my life.

TrunkSpace: Is it one of those situations you hear all the time about, especially in this industry, where work begets work? Does just being associated with a show like “Orange Is The New Black” open up new doors?
Altman: Well, I’m still hoping that is the case. I’m not sure just yet. I have to be pretty patient. But as far as work begets work, I think to speak for that… the only episode I really was hired for originally was the Season 5 finale. It was not supposed to be a recurring role. Jenji Kohan, and the rest of the producers of the show, I think that they liked my work enough in the finale to spark some ideas to bring me back for this season, and turned it into a more integral role as far as the plot line of the series.

TrunkSpace: With something like that, where you’re not expected to come back, you must have already moved on emotionally from that job? 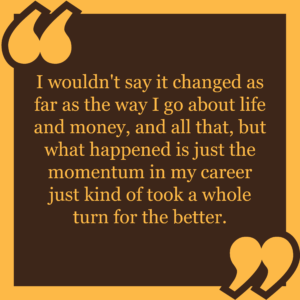 Altman: I did. It took over six months after I shot it for it to actually begin streaming, so I didn’t know what to expect as far as what it would look like or if they would cut anything out. But I did know for that particular solo episode, it was a big role in that episode. But I wasn’t expecting when I was going into it, it being expanded into sort of this antagonistic role for Season 6, and possibly Season 7 as well, hopefully.

TrunkSpace: Had you known that the character would’ve been reoccurring at the time, do you think you would’ve made any sort of initial choices with how you played him differently, again, knowing what you know now?
Altman: Looking back on it, I don’t think so. I think that I would’ve prepared the same way as an actor, because the character probably doesn’t know his future either. He didn’t know the circumstances that would arise after the fallout of the riot, which actually – spoiler alert ahead – you’ll find out if you haven’t watched Season 6 yet, the repercussions and the consequences of what happened during that episode. So it really wasn’t written yet and I wouldn’t have been able to know that in the back of my mind.

TrunkSpace: It must be such a great confidence boost, especially in a creative field, to get that call saying they want to work with you again. It speaks to everything you did on that set the first time around.
Altman: Yeah, it definitely boosted my confidence a lot, because Jenji Kohan, the creator of the show, wrote the Season 6 premiere episode. She wrote a big scene for me in it where I have a really long monologue. It was one of the longest monologues I’ve ever done – theater, film, or television – so it boosted my confidence, because I saw that she had the confidence in me to handle that type of dialogue. 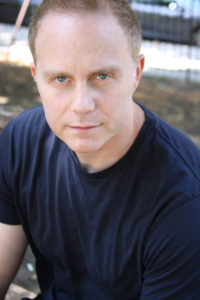 TrunkSpace: What did you like about the character in that initial performance, and have you discovered anything new and exciting about who he is and how you get to play him after that?
Altman: I think that the way it was written in this current season’s premiere, you could tell that this guy has been in these type of situations before. I think that in his younger years as a cop, he developed into sort of this dirty cop, diehard blue blood, vindictive type of person. I think that you could tell – and I added this into his backstory – you could tell he’s been through these types of situations before, as far as covering up crimes, looking out for himself, and making sure that someone else takes the blame, so that he doesn’t go down.

TrunkSpace: Yeah, he’s not learning as he goes. This is old news to him.
Altman: Right. I’m almost at that 40 year mark. I’m not there quite yet, but I think that somewhere along the line in this guy’s career, whether it was when he was a rookie cop or somewhere early on in his 20s, he has learned that lesson from another superior of his, he’s taken that experience, and passing it onto these guys that he’s with, going through this riot, and leading them to the best of his ability.

“Orange Is The New Black” is available to stream on Netflix.