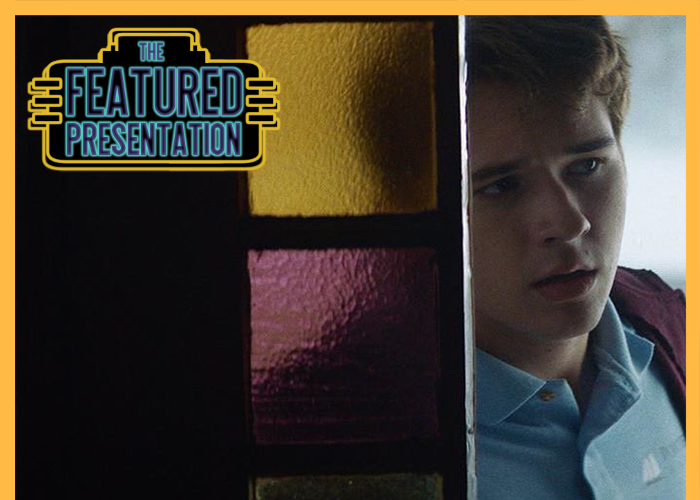 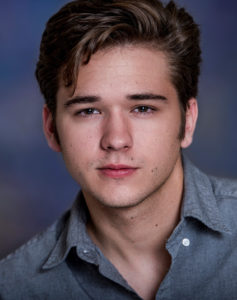 The Wretched, a horror film with a throwback vibe, far exceeded expectations when it was released to select theaters and drive-ins during the midst of a global pandemic, even going so far to surpass the $1M mark in a run at a limited box office. Now available on Hulu, the film continues to entertain new audiences in new ways, much to the delight of star John-Paul Howard.

“It’s always nice to be thought of as a silver lining in an otherwise dreary time,” said Howard in an exclusive interview with TrunkSpace. “However, it will remain, to me, an amazing feat to be able to entertain the populous during a time where escapism is absolutely necessary.”

We recently sat down with Howard to discuss the film’s success, the scene that will stick with him throughout his life, and why the notion of the ideal male body is ridiculous.

TrunkSpace: Your latest project The Wretched was released in the middle of a pretty tumultuous time for not only the country but the world as a whole. In a way, is it nice to be a part of people’s escape during all of this – to be their outlet to what was “normal” once?
Howard: It’s always nice to be thought of as a silver lining in an otherwise dreary time. However, it will remain, to me, an amazing feat to be able to entertain the populous during a time where escapism is absolutely necessary. Some people have referred to The Wretched as, riding the wave of the unfortunate, to put it as politely as I can, but it is important to understand that no one can predict these things that occur even in a day-to-day life. So, to be an escape for those less fortunate is a welcome feeling.

TrunkSpace: When it first went out to audiences, it hit in one of our favorite places even pre-pandemic – drive-in movie theaters. Have you had the chance to experience the film in that format, and if so, what was that like for you, again, given the state of things today? 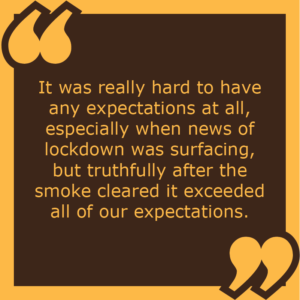 Howard: I must admit I never got the opportunity to view the film in that format and am incredibly jealous of those who got to go see it this way. The film was absolutely perfect for drive-in theaters, maybe it was the ‘80s vibes it gave off or maybe it was just fitting for the events in the country, but I regret not finding a way to go see it there. Although seeing cast and crew go to the drive-ins was relieving, knowing they could go back into the world and socialize in a safe environment achieved through distancing, masks and the security of one’s own vehicle, all in a nostalgia-fueled lot watching a good movie, I sincerely recommend heading to the drive-ins this summer just to get that feeling.

TrunkSpace: Would you say that the film exceeded your expectations in terms of how it has reached audiences, particularly in light of the uphill battle it was facing being released at a time when people were tucking themselves away?
Howard: It was really hard to have any expectations at all, especially when news of lockdown was surfacing, but truthfully after the smoke cleared it exceeded all of our expectations. Ultimately, I think we’re just ecstatic knowing our film was perceived positively by audiences.

TrunkSpace: The film hit Hulu last Friday. As an actor, what is it like working in this day and age where a film like The Wretched can have multiple lives – from theaters to streaming platforms – and find new audiences along the way?
Howard: It’s difficult to keep up with how the film is doing and where it’s located, but simply hearing that people are loving it and finding a way to watch it is good enough for me. I’m not a tech-savvy guy but can receive messages from fans and try to respond to them as best I can, so meeting all these new people is shocking but invigorating.

TrunkSpace: For fans, the final product of a film or series is always the most memorable part, but for those involved in a project, we’d imagine it goes much deeper than that. For you, what is something about your time working on The Wretched thus far that you’ll carry with you through the course of your life/career?
Howard: To put this rather bluntly, my pool scene is probably something I don’t think I will ever forget ‘til the day I die. And unfortunately for the audience, I don’t think they will either.

TrunkSpace: As an actor – a profession where you generally are required to work directly with other people in a scene – how have you kept the tools in your toolbox sharp during this extended period of isolation?
Howard: Honestly, even watching a show or movie can help improve your craft or keep yourself sharp. Any sort of social interaction will do the same thing for me, so I might hop on the phone with a friend for a short bit or do a Zoom call with friends where we play games. Of course, reading has a similar effect but certainly not the same. You always want to improve your language skills as an actor.

TrunkSpace: You’re also a guitarist. As music lovers ourselves, how has that instrument kept you company during this time? Did you become dependent on it as a creative outlet?
Howard: Oh absolutely, I play it for a few hours every day, but I have to admit there are some days where I might just get slammed with errands to where I will forget, and at the end of the day my guitar sits in the corner and sends guilt trips every way it can. 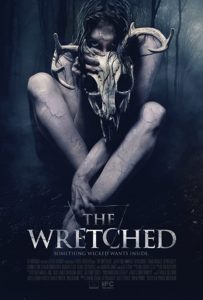 TrunkSpace: Where are you hardest on yourself as an actor/artist and how do you overcome those insecurities when they make an appearance?
Howard: Actors are hard on themselves in a lot of ways, whether it has to deal with performance or appearance, but to me those are the main two. I’ve never really been fit and have been turned down before because of it. The “ideal male body” is rather absurd and not focused on as having a negative effect on people, but really, I am going to the gym. Not for the “Hollywood Body” but mostly for my own health.

TrunkSpace: What has been the highlight of your career as a whole thus far?
Howard: The Wretched has been the biggest highlight, honestly. I could mention Hell or High Water or Midnight, Texas as being fantastic highlights, but the friends and family I’ve made on this production, along with the memories, make this my favorite. The unexpected turnout makes it the biggest.

TrunkSpace: Time machine question. If you could jump ahead 10 years and get a glimpse of what your career looks like a decade from now, would you take that journey? If not, why?
Howard: I don’t think I could, because truthfully, any possible outcome, whether it is good or bad, could cause me to just give up entirely or focus on the wrong part of it. The passion and drive of the moment is what pushes me to continue every day. Let’s be real, this crap is HARD!

The Wretched is available now on Hulu.