Get To Know Someone 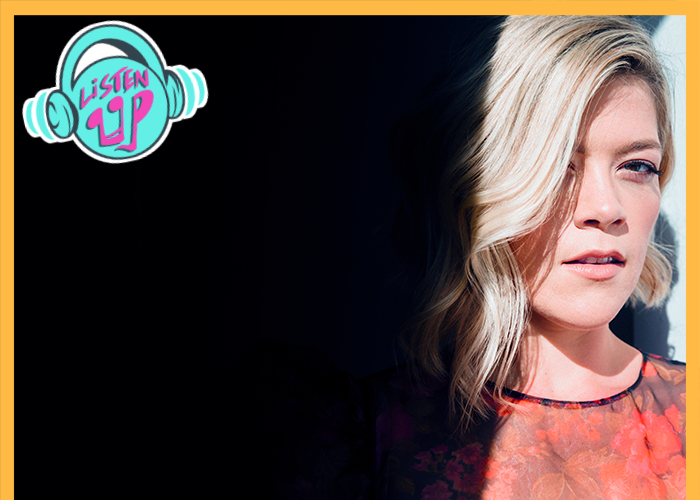 With her sixth full-length album, Liz Longley is venturing into a new chapter of her musical journey, one that gifted her the independence to release her music on her own terms. Due this Friday, Funeral For My Past was fully funded through her fan base, leading to her becoming the fourth-most funded female solo artist on Kickstarter of all time.

“How my fans came together and contributed to Funeral For My Past is nothing short of extraordinary,” she said in an exclusive interview with TrunkSpace. “I am still in awe every time I think back on the journey this album has been on and how they completely changed my journey as an artist.”

We recently sat down with Longley to discuss mutual musical understandings, presidential playlists, and the evolution of “making it”.

TrunkSpace: What we love about your music is that it just makes us feel good – and feeling good is something that is in short supply this year. Does releasing Funeral For My Past feel different than previous albums given the state of the country/world? Because in a way, you’re serving as a facilitator of escape.
Longley: Releasing Funeral For My Past this month feels vastly different from any album release I’ve had in the past. Most of us are not only looking for an escape, but to feel less alone in what we’re experiencing. Without the ability to gather for live music like we did before, putting out this music is an outreach to listeners… it’s a way to say, “Hey, you’re not alone. Take a breath. You got this.”

TrunkSpace: For many people, music is like therapy. When you experience the way people connect to your music – oftentimes in ways that 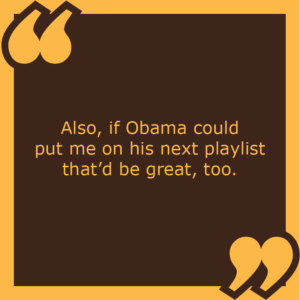 you could probably never imagine – what does that do for you creatively? Is it a well that you go to when inspiration is running dry?
Longley: The ability to connect with someone through music is the “why” behind what I do. That’s what keeps me going… hearing stories of people relating to my music. But the actual process of creating music is such an intimate thing, that to allow any outside influence, whether positive or negative, would only muddy the water.

TrunkSpace: That fan connection was probably never more apparent than when you were propelled to the fourth most-funded solo female artist of all time on Kickstarter. Does the fan contribution to Funeral For My Past make it feel extra special? When you look back on this period in 10 or 20 years, what will bring the biggest smile to your face?
Longley: How my fans came together and contributed to Funeral For My Past is nothing short of extraordinary. I am still in awe every time I think back on the journey this album has been on and how they completely changed my journey as an artist. It allowed me to be independent and release my music on my own terms. That will always make me smile!

TrunkSpace: What do you get writing and performing that you can’t achieve as a listener alone? What does that extra creative bump do for your brain that drifting off to another artist’s album is unable to achieve?
Longley: Simply the vibration of music is healing. It’s one thing to put music in your ears, but to create the resonance yourself does something for the mind, body and spirit. Still, I get a rush from listening to music, and hearing other people express themselves in a new way. Nothing is better than hearing a song that so perfectly sums up something you’re feeling.

TrunkSpace: We spoke last in 2017 just after the release of Weightless. Are you a different songwriter today than you were then and if so, why?
Longley: Ya know, I’m now reflecting on the titles of these records and realizing how much they point to where I was in my life. With Weightless I wanted to escape how I was feeling… cut the strings, and float above it all. In Funeral For My Past, I’m like okay… let’s dig into the feelings, try to understand them, heal the pain, and move on empowered. I still write songs from the same place, but as my outlook on life changed, so did the message in the songs.

TrunkSpace: If you sat down with 10-year-old Liz for a conversation, what would surprise that young girl most about the artist you are today?
Longley: I think she’d be shocked that she “made” it… and that “making it” is nothing like she had imagined. When you’re a kid, gosh, even when you’re a young adult, you have an idea of what success means. Now I know that success has nothing to do with big stages, or flashy production. Success has everything to do with whether or not you believe you’re making a difference in people’s lives.

TrunkSpace: Normally you would tour to support a new album, but that is not something that is possible in every state right now. How do you get the word out for Funeral For My Past when people can’t get out themselves?
Longley: Good question. Let me know if you find the answer. For now, I’m playing shows online and working to get more radio play. I’ve also just launched a Patreon page where I share behind the scenes for everything album related, which is fun! I’m doing my best to stay connected to the people that care. Word of mouth is a powerful tool… so if I just keep showing up, hopefully the word will get out. Also, if Obama could put me on his next playlist that’d be great, too. 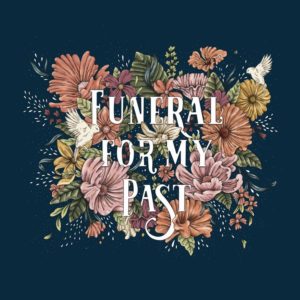 TrunkSpace: What are you most proud of with the album?
Longley: With this record, I’m most proud of how authentically it captures who I am as an artist. So often in the recording process, you can lose the heart of the music in search for perfection. Working with producer Paul Moak, I learned that a perfect vocal recording has nothing to do with how much people FEEL what you’re singing. When I got lost in search of perfection, he constantly led me back to who I am as an artist and what really matters when you’re making an album.

TrunkSpace: Touring musicians tend to lead nomadic lives. What has being stationary for much of 2020 done for you emotionally? Has it been a welcome distraction or is the road calling you?
Longley: Staying home has left me feeling a mix of things. I often feel stuck in a box, missing the outside world and the stimulation from the ever-changing scenery of being a touring musician. At the same time, it’s been a good reminder that you don’t always have to be moving full speed ahead. This year was going to be the biggest year of my life. I was supposed to get married, release my best record, tour the country… but I’m humbly sitting at home and making the most of the precious moments that exist between the chaos of the outside world.

TrunkSpace: Time machine question. If you could jump ahead 10 years and get a glimpse of what your career looks like a decade from now, would you take that journey? If not, why?
Longley: I think I’d rather not know… the mystery of it keeps me going.

Funeral For My Past is available this Friday.