Four Christmases and a Wedding 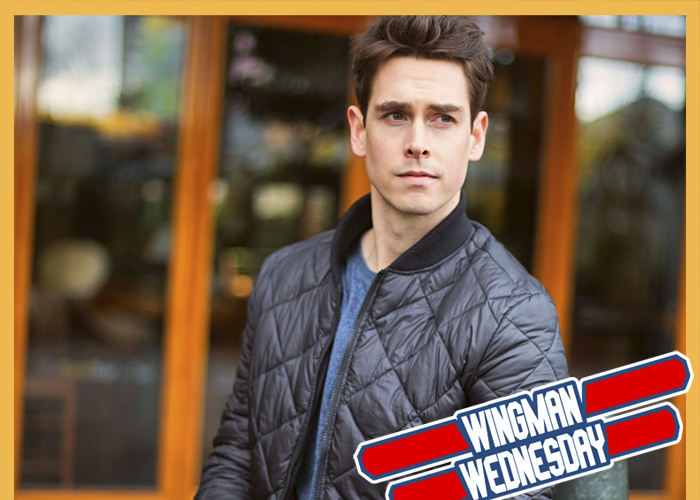 Had Madison Smith stayed the course he set for himself early in life, we would have needed a different list of questions for this interview. In an alternative universe, he’d be playing baseball for the Toronto Blue Jays after working his way up through the minor leagues – a dream he had since he was a kid – but after purposefully setting himself on a more creative career path in college, he’s now staring down the end of planet Earth as we know it.

As the star of the CBS series “Salvation,” the Canadian-born actor is not only wrestling with the fate of humanity, but also enjoying his biggest television role to date.

We recently sat down with Smith to discuss his recent roller coaster ride, discovering patience, and his new web series “NarcoLeap.”

TrunkSpace: This is shaping up to be a pretty exciting summer for you. Not only are you recurring on CBS’ “Salvation,” but you have a new web series from KGP Films that launched on July 15th called “NarcoLeap.” Do you feel like the road that you’ve traveled is leading its way to you seeing your dreams fulfilled? Is this the path you were meant to travel?
Smith: Oh wow. So far 2018 has been a fantastic year and it’s only halfway gone. It’s been a long, hard road so far, but I always stayed positive and hoped that things would someday look up. I definitely think my journey has still just begun, but like a roller coaster getting to the top of an apex, I’m picking up momentum!

TrunkSpace: You attended college on a baseball scholarship. Was a career in the MLB, working your way up through the minors, one that you actually saw yourself pursuing as well?
Smith: Absolutely. I had my early 20s all mapped out. I would play two years of college baseball at Okanagan College, which I found out would only count as one year at an NCAA school in the U.S. Then after I got my degree in business and had played five years of college ball, I would start to make my way through the minors with a hope to get to the MLB. I was a pretty decent baseball player so I thought I stood a chance playing baseball for my career. I bought new bats, a protective cup, some training nets and even a pitching machine, to make sure I had the best equipment for training. I used to train every night of the week and I honestly put my heart and soul into the game. After my first year of college ball though, something made me feel that I wasn’t on the right path. I loved watching the sport, and placing bets on Online Sportsbooks but playing baseball started to become a chore for me. Watching it on TV and in a stadium was exciting, but when I played myself, it just wasn’t the same. I discussed this with my parents, who have always been supportive of my life goals, and they were the ones who suggested that maybe I give acting a try. Immediately, I felt that was what I should be doing with my life and within six months I had uprooted my life to Vancouver, B.C. to pursue acting.

TrunkSpace: In the world of acting, is there an equivalent to the minors of baseball? Is there a place where you felt like you had 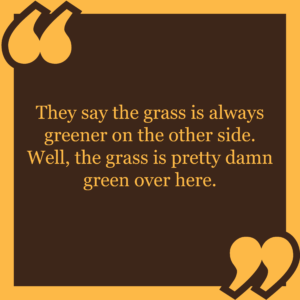 to pay your dues until you got the call to the big show?
Smith: The first five to maybe 10 years in the acting business is all about paying your dues, very much like a minor league baseball player. Every audition you go to isn’t about booking that job, because there are tons of factors outside your control that go into that, but booking your next audition. Hopefully that casting director sees something in you and wants to bring you in again. And at the start, those auditions may be very small. I remember an early audition of mine was for “flower delivery guy.” I had one line and still didn’t book the role. But I got my next audition. Cut to six years later, I booked “Salvation” with that exact casting director. So patience and hard work is key.

TrunkSpace: As far as opportunities go, does it feel like “Salvation” is your biggest foot in the door yet? What did you take from the experience that you’ll carry with you through the rest of your career?
Smith: “Salvation” is definitely my biggest foot in the door and I’m extremely grateful for the opportunity. Through “Salvation” I’ve learned the joy and camaraderie that comes from being a part of a TV show. It’s my first experience with something like that and I always hoped it would be this great. They say the grass is always greener on the other side. Well, the grass is pretty damn green over here.

TrunkSpace: In the series you play Nate Ryland, a guy who is trying to get a handle on not only his own fate, but the rest of the planet’s as well. When you’re playing a character who has no future, at least not in his own point of view, is it even more important to play him in the moment?
Smith: Nate is a pretty interesting guy. He is fully aware of his circumstances but he is, for some reason, keeping a very level head about everything. He still lives life to the fullest knowing that there are things outside his control. He doesn’t let that get him down. So in terms of playing a character like that, it’s been a blast. I wish I was as positive as Nate is. (Laughter)

TrunkSpace: People tend to take more risks – find new versions of themselves – when they’re living like they’re dying. Does Nate have that quality? Do you think he has changed dramatically from who he was before discovering that an asteroid was headed for the planet?
Smith: I think Nate had a bit of a spiral downwards when he learned the news of the impending doom. But he looked for outside help to change his perspective. We may learn more about this in upcoming episodes…

TrunkSpace: If you woke up tomorrow to discover an asteroid was headed for earth, do you think you’d approach your last days differently? Would the world see a different side of Madison Smith than you share with people now?
Smith: Actually I think the world might not see much of me because I’d grab my girlfriend and head up to my parents’ cabin. I’d enjoy my last bit of time in this world surrounded by the people I love in one of my favorite places. Oh, I’d also try and go see one last MLB game, but it would all depend on how much time I had.

TrunkSpace: “NarcoLeap” sounds really interesting. From a concept standpoint, there’s nothing else like it out there. How exciting is it right now to be an actor, not only due to how innovative the content is that’s being created, but because of the quality as well?
Smith: It’s such a great place to be in as an actor when the content is, for lack of a better word, cool! We are in a platinum age of television where shows are being made that pull you into a world almost like our own, but way more fantastical. To be a storyteller in one of those worlds is a dream come true.

TrunkSpace: Do you think you would have enjoyed being a professional actor as much as you do now if you were coming up in the 70’s and 80’s when everything in television was episodic and wasn’t necessarily character-driven? Storytelling is so different now, do you think it has altered the experience for actors?
Smith: No, I don’t think I would have. I think this day and age is the greatest to be an actor. The stories we get to tell now are so dynamic and have so many levels it makes reading a script or watching a show such a pleasure. Those in the ‘70s and ‘80s were pioneers for us now, but I’m much happier enjoying the fruits of their labor.

TrunkSpace: Finally, Madison, we know you ultimately chose a different path, but if you did continue to play baseball, what team would have been your dream team to play for? (Full disclosure, we’re Red Sox fans!)
Smith: Ah, part of the Red Sox Nation I see. Well, there’s a lot to love with a team like the Red Sox but my heart will always stay north of the boarder with the Toronto Blue Jays. In fact, I drive down to Seattle every year to watch them play the Mariners. So if I could choose a team to play for it would be my Jays!