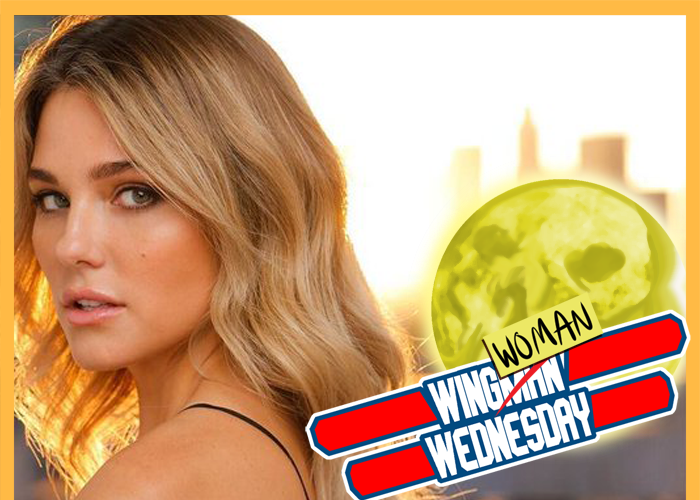 Welcome to the fourth installment of our LYCAN WEEK ongoing feature!

Opening Friday in select theaters, “Lycan” tells the story of six college kids who revisit an old Georgia legend, the strange and puzzling story of Emily Burt, the Talbot County werewolf. Based upon true historical events, the film stars relative newcomer Rebekah Graf (“Hawaii Five-0,” “Fat Camp”) as a spoiled Southern debutante who is not only unhappy about not getting her way, but we assume, werewolves!

We recently sat down with Graf to discuss showing up early for her audition, Texas ghost stories, and finding inspiration in other creative people.

TrunkSpace: How did “Lycan” and the character Blair first come into your life?
Graf: I got the audition from my manager and he was really excited about it. He loves Dania, so he was a really big fan and he loved the script. I went in and read for the casting director and Bev Land, and I loved Bev right away. I was really able to tap into the character.

I actually… funny story… I went the wrong day for the audition. (Laughter)

TrunkSpace: (Laughter) Nice!
Graf: (Laughter) I was sitting outside, and it was all guys, and I was really confused. I was there for about an hour and a half, and no one was taking me in, so I went and knocked on the door and asked the casting director. She told me I was supposed to be there the next day. (Laughter)

TrunkSpace: At least you were there a day early instead of a day late!
Graf: (Laughter) Yep. It could have been the day after and that would have been way worse.

So, Bev let me audition that day. We got to talk about Blair a lot, and then the next time I came in, he talked about Georgia and told me how excited he was and how wonderful it was. Dania was there and I got to meet her and really work on the character. When I got the phone call that said that I was going to be playing Blair, I was so excited. I’d never been to Georgia and I just loved Bev and Dania right off the bat.

TrunkSpace: And where you shot in Georgia was really set away from any major population centers, right?
Graf: Yes. It was really, really beautiful. I mean, unbelievably beautiful. Just gorgeous green, wide open fields. So it was kind of the perfect setting for a group of people who didn’t know each other to become really close over the course of a couple of days because there was nothing to do but talk to each other.

TrunkSpace: It sounds like even just getting away from the set to get supplies required a journey. 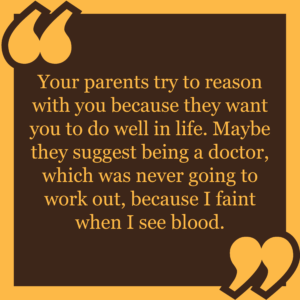 Graf: Yeah, exactly. It was very much a camp setting. There were days where I wasn’t working and I would just go on set and hang out anyway. It was a blast and everyone involved was just really great.

TrunkSpace: So where does Blair fall into things in terms of the story?
Graf: Blair is a very spoiled Southern debutante. She is in college with the rest of the cast, and Blair’s very entitled. I think everything has always come pretty easily to her in life. She’s not getting what she wants when we meet Blair, for probably the first time in her life, and she is not thrilled about that. (Laughter) Dania’s character is taking something away from her, and that’s probably all I can say. She does not handle it very well.

TrunkSpace: And what’s so great about the eerie factor of “Lycan” is that it is actually based upon historical events.
Graf: Yeah, which is so cool. I told people about it and they had no idea that this existed at all. The cast and crew had no idea that this was a true story and that it was something that could actually happen. We were pretty amazed.

TrunkSpace: Did you have any local legends like that of Emily Burt where you grew up?
Graf: Yes! I grew up in Corpus Christi, Texas, so it’s somewhat of a small town. Not too small, but there are definitely a lot of legends. There’s a train track in San Antonio, I think, where apparently if you stop, there are children that will push you off of the train track to save you. There’s a ranch that we used to go to, and there is the Lady in the White Dress who would come out at night.

TrunkSpace: Yikes! And that’s what’s so great about the movie is that everyone who grew up in a small town can relate to the local legend angle.
Graf: Definitely. I remember us staying up really late to try to see the Lady in the White Dress. It was a rite of passage. (Laughter)

TrunkSpace: What did your journey look like in terms of going from dreaming of being an actress as a child to where you are today starring in “Lycan” and in other projects?
Graf: Well, I started acting when I was probably five or six years old. I had a ton of energy and my parents didn’t know what to do with me, so they put me in local theater and I loved it. I just fell in love with it and I kind of knew from that point on that it was what I wanted to do. But of course, as you grow up you try to reason with yourself. “What can I do?” Your parents try to reason with you because they want you to do well in life. Maybe they suggest being a doctor, which was never going to work out, because I faint when I see blood.

TrunkSpace: (Laughter) Well, good thing you’re an actress then because now you can play a doctor on TV!
Graf: (Laughter) There you go!

So, then I went to the University of Texas where I was a theater major. After that I stayed in Austin for a little while, just kind of trying to do other things, and I finally realized that acting was really all I wanted to do. So I moved out to LA and found representation and kind of never looked back.

TrunkSpace: You went from a creative, hip community in Austin to another creative, hip community in Los Angeles. Does being around other creative people inspire you?
Graf: It definitely does. Austin has changed a lot since I left it. I think that it’s a lot more creative now. I think that there’s a lot more room and respect for artists and actors than when I was there. But yes, it is 100 percent inspiring to be surrounded by actors. My friends are all working actors and it’s incredible.

It was definitely a transition though. I mean, it’s a bigger city, but I think I was pretty lucky when I moved here. I fell into a group of amazing friends, a lot of them from Texas. It felt like home, probably, at the first year mark.

TrunkSpace: As you look forward in your career, what do you hope to achieve? Are there any items that you want to check off of your career bucket list?
Graf: Oh my goodness… I would love to do a comedy series. I really think that’s where my heart is. There are so many people that I would love to work with, I don’t even know where to begin. I just think that I have a long way to go. A lot of things to accomplish.

Then I recently did a Netflix original film called “#REALITYHIGH” playing Lana, a trophy wife. She’s a blast and very, very different than how I actually am in real life.

“Lycan” arrives in theaters this Friday.