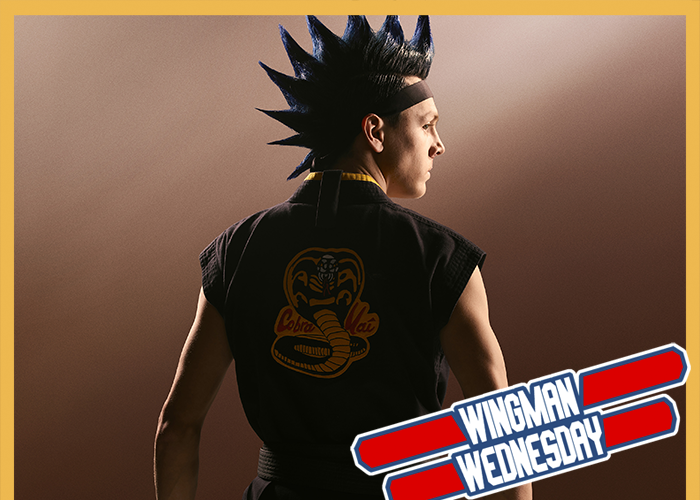 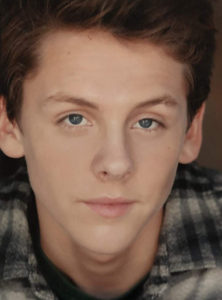 With the release of the highly anticipated Season 2 of “Cobra Kai” now upon us, we’re taking an extended look at the fan-favorite series by sitting down with the phenomenal cast of young actors. This time out we’re chatting with Jacob Bertrand, who plays Hawk, to discuss the John Kreese influence, the mohawk affect on the masses, and which episode will have us on the edge of our collective seats.

TrunkSpace: “Cobra Kai” was so well received by fans and critics alike and in a way it seemed to catch everyone by surprise. Was there a different feeling on set heading into Season 2 given that there was more anticipation surrounding it?
Bertrand: Yeah. I mean, there is a ton of pressure. I know the writers definitely feel it. The whole cast feels it. Getting 100% on Rotten Tomatoes, you physically can’t do better than that, you know? We definitely poured a lot into this next season. It’s definitely bigger. We poured 110 percent into it. We did a ton of double-up days and long hours to make it work and I’m so stoked for the fans to see it.

TrunkSpace: What was your first impression of the direction Season 2 was headed in when you started receiving the scripts?
Bertrand: I loved it. At the end of Season 1 they talked to me about getting a different mohawk color, and I was so excited for it. And this season, with the mohawk color change, his demeanor changes a little bit. Kreese (played by Martin Kove) is in the dojo, so he has a big influence right there because he’s there all the time. Kreese is constantly with the Cobra Kai now.

TrunkSpace: Kreese hasn’t exactly been a great influence on people in the past.
Bertrand: (Laughter) Well, no yeah he definitely hasn’t, which we get to see a little bit of how he is with Hawk, so I’m excited to be able to do that.

TrunkSpace: What’s interesting about Hawk’s story arc is that he’s sort of a bit like a soda bottle that has been shaken up. 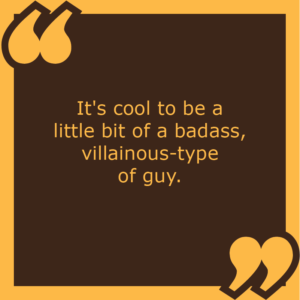 Eventually when that cap comes off, it’s going to get messy. Is that fun to play because he’s the type of character who you can literally see the arc taking shape?
Bertrand: Oh it’s a rush. I am so grateful that this role was even written, and that I was able to audition for it. I had so much fun playing this character. It’s cool to be a little bit of a badass, villainous-type of guy. But Season 2 was definitely fun. Season 2 had a lot of fight scenes. There was a lot of cool Hawk material that was created for Season 2 and I can’t wait for everybody to see it and it’s just a total blast to get to play that character.

TrunkSpace: We know that you’ve done some extended work with characters before in television, but we’re curious what the journey is like for you, as an actor, getting to come back for another season and seeing how someone like Hawk develops out over time?
Bertrand: It was definitely weird going from my regular hair to that hawk cut, but once I got it, it was like, “Oh wow!” All these emotions and feelings started coming back like, “I’m this dude now!” It’s super fun. I honestly really love it. I couldn’t ask for a more fulfilling role. It’s just so much fun to play, and it’s really, really cool to be able to do that – to turn from Eli to Hawk – and I’m so grateful for everything that the writers give me. It’s awesome.

TrunkSpace: Have you had any fan interactions with people who let you know that they got a mohawk after being inspired by your character?
Bertrand: You know what’s funny is that I get tagged in pictures from a lot of kids that give themselves blue mohawks. For Halloween especially, I got a bunch of people sending me pictures of their kids with mohawks and stuff. I think that’s so awesome. I love that. I think that’s great. More power to them, because a mohawk, that’s a commitment. I mean, hey, it looks super badass so you might as well do it.

TrunkSpace: And what’s cool about that is that it shows that the series isn’t just being enjoyed, but that it’s having an impact on a pop culture level as well.
Bertrand: Yeah, I love that. That’s so cool. I’ve been in some Nickelodeon and Disney stuff, but I think it’s cool to see “The Karate Kid” die hard fans. I guess I didn’t really realize… I mean, I had seen the movies as a kid; I saw the first two when I was 8 with my little brother, but I hadn’t realized how religious the following was. I think it’s so cool to now be a part of that Karate Kid universe. 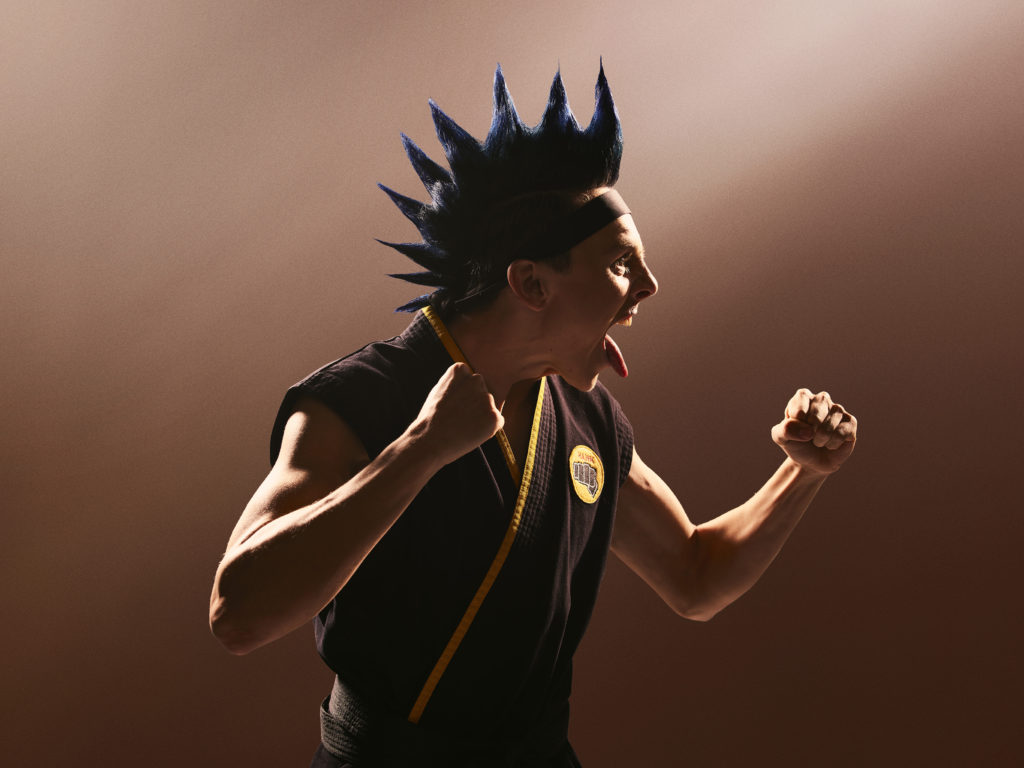 TrunkSpace: We’re all in our early 40s here, so we were kids when the first movie came out and it had a strong impact on us all. When we heard “Cobra Kai” was first being made, we didn’t really get too excited because remakes and continuations have let us down in the past, but this not only appealed to us, but younger generations as well, which is extremely rare.
Bertrand: Yeah, I definitely agree with you. I think that this series is for kids of my generation and kids below who are younger than me. It’s very easy to get into, just because it’s so realistic and natural of the times right now. I think it’s great having a very accurate glimpse of kids in high school. It’s all in how they act and then they just threw the ‘80’s-style Cobra Kai on them. I think that’s so great how natural and rounded everything plays out.

TrunkSpace: As someone who has been on the inside of seeing it all come together, why do you think the series has worked for both original fans and for new audiences?
Bertrand: That’s a great question. That’s one the writers should probably rattle off for you right away. You know, I think that it just has something for everybody. I think that’s what the main thing is. Ralph (Macchio) and Billy (Zabka) create some amazing leads, and then it also has the kids that come in. And it’s also just a badass, funny, dramatic show that hooks you in.

TrunkSpace: For the viewers the most memorable aspect of a film or series is the end product, but for you we’d imagine it goes much further than that. What’s been the most memorable aspect of your “Cobra Kai” journey thus far?
Bertrand: Honestly, something that I was really impressed with was how well everyone did. When we started stunt-wise and fighting-wise – because we do a lot of our own stunts – where we all started in our ability to do stunts and where we ended, there’s a huge difference. I’m honestly really proud of everybody who put in all the work and all the time and effort to make Season 2. So I think it’s the whole thing. There’s not a moment that I love. It was honestly every day that something awesome happened.

TrunkSpace: Finally, without dropping any spoilers on us, what are you most excited for people to see this season?
Bertrand: Just wait for episode 10! That is my favorite episode. Episode 10 is amazing! Just wait, it’s all worth it.

TrunkSpace: So there’s going to be a lot of binging going on?
Bertrand: Yes. When you get to episode 10, call me. (Laughter)