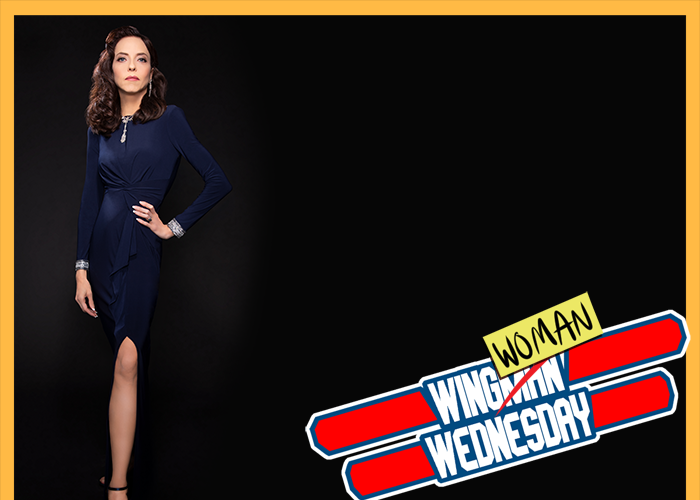 Growing up, film and television became an outlet for Juliet Landau. By immersing herself in the lives of those characters that she followed on screen, the former “Buffy The Vampire Slayer” star felt less alone in the world. It’s why she became an actress, and now, a filmmaker.

Her directorial debut, “A Place Among the Dead,” has been receiving rave reviews at private screenings around the world, but before it reaches the masses, she will be joining the cast of “Bosch” in Season 5, which is available now on Amazon Prime.

We recently sat down with Landau to discuss joining the well-oiled “Bosch” machine, how a single line can become the core mantra of a character, and why her directorial debut “A Place Among the Dead” has proven to be so personal to both herself and audiences.

TrunkSpace: We previously sat down with a number of your “Bosch” costars including Lance Reddick and Amy Aquino. Are there nerves involved when joining a series that already has an established on-set tone? Does it take some time to discover where your place is among that existing groove?
Landau: It’s wonderful to come onto a set that runs like a well-oiled machine. It’s a family of extremely talented people, who engender being creative and collaborative. This is how it is on the “Bosch” set. Everyone in the cast and crew loves what they do and is excited by the show they are making. I loved the working experience and I made genuine, lifelong friends. Also, I was so fascinated and invested in Rita Tedesco, the character I play, that I didn’t think about anything else, including being nervous. I was deeply engaged in the idea of bringing her story to life.

TrunkSpace: Is there something kind of exciting about joining an established series that has a loyal fan base behind it, knowing that there will be eyeballs on it when it airs?
Landau: Yes! Sometimes, you play a character in an Indie you believe in, but it’s a roll of the dice. You don’t know how many people will see it. It is similar to when you play a part in a black box theater because touching even a small audience is profound. It’s nice when there’s a 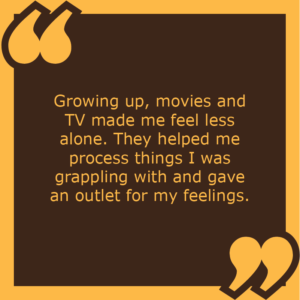 passionate fan base. I’ve experienced this from the Buffyverse and from Tim Burton’s “Ed Wood” and even from a black box theater experience, which stimulated massive repeat viewership! Now I’ve been engaging with fans of the “Bosch” series and books, which has been fabulous! It’s easy to get bewitched by “Bosch.” Harry is a character we all wish really existed. He has an unwavering moral compass. As it turns out, my eyeballs will be seeing Season 5 at the same time as everyone else’s! What I do know from the scripts and the shoot, is that Season 5, like 1 through 4, rocks!

TrunkSpace: In the series you’re playing a court reporter who will have a secret teased out over the course of the season. Without giving too much away, what were you most excited about in terms of tackling Rita?
Landau: Rita had a hold on me from the first line I read on the page. I immediately became intrigued by the dichotomy of her life, by the risks she’s willing to take and the price she is paying. I delved into a ton of research about the secret part of her life, which I can’t divulge yet, but I can say it is one of the most interesting paths I’ve explored as an actress. Sometimes, a certain line becomes almost the core mantra of the character. With Rita, there were a few because she has the persona she shares with the world and a very different private persona. I learned a lot, even from the practical, court reporter aspect.

TrunkSpace: “Bosch” found a home with Amazon and built up a loyal fan base through the streaming platform. Netflix. Hulu. CBS All Access. The list goes on and on. As an actress, how has the popularity of streaming platforms changed the industry for you? Are there more opportunities now because there is more of a need for content?
Landau: The landscape has certainly changed and continues to do so at lightening speed. There are more opportunities. It is especially nice for actors and creators, when streaming services use their platforms for character-driven material.

TrunkSpace: Aside from your on-screen work, you’re also a writer, director and producer. Does this “content is king” world that we currently live in impact the Juliet who wears those hats?
Landau: It does and in a positive way. I love having an idea and taking it from inception to completion. Generating content is a two-way street. It’s about opening a dialogue with your audience. I became an actress and now a filmmaker, as a way to connect and communicate. Growing up, movies and TV made me feel less alone. They helped me process things I was grappling with and gave an outlet for my feelings. Like the adage, “If you build it, they will come,” if you craft a powerful story, whether it be drama or comedy, content is king and there will be viewership for it.

TrunkSpace: Your film “A Place Among the Dead” is extremely personal for you. Does that closeness to the material make it harder to relinquish control and release it into the world, or is it easier to see it off because you’re eager to share it?
Landau: I’m eager to share it. My husband, Deverill and I, have put a lot of passion and work into the process. It’s been an incredible journey. “A Place Among the Dead” is about the repercussions of growing up under the sway of narcissism and evil. It questions, if you come from evil, will you continue to go towards the dark side in life, or can you make a change and go towards the light?

I chose to make my directorial feature debut penetratingly personal, to invite the viewer to do the same. As they say, the more personal, the more universal. As I touched on earlier, all great work provokes conversation and can even provide healing. This is the stuff I am after with this movie.

It’s scripted as a meld of fact, fiction and the fantastical. I play an alter-ego version of myself, as do the following actors who have what I like to call, “cameos on steroids”: Gary Oldman, Ron Perlman, Robert Patrick, Lance Henriksen, Joss Whedon (my old boss from Buffy) and Anne Rice, appearing for the first time ever in a film.

TrunkSpace: What was the most enjoyable aspects of your “A Place Among the Dead” journey thus far? What made all of the blood, sweat and tears worth it?
Landau: We recently held in-house screenings and this has been the most exciting part! The response has been so powerful and beautiful. It’s everything we’d hoped our special movie would illicit. We did one for a theater full of young people from the Midwest. They were inspired and galvanized by the film. The Q & A was electric. They kept asking if their teacher had told us the inner thoughts they’d confided in him and if that’s why he brought them to see the picture. He didn’t even know what the movie was about and of course, hadn’t shared their private affairs! 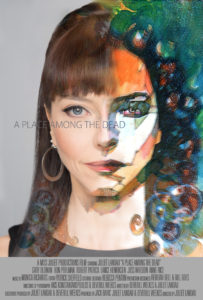 The entire audience, many who came out crying, stayed to talk about the film unprovoked for an hour and a half afterwards. Every time discussing the nature of evil, their experiences with it, their own childhoods, their parenting, their unhealthy relationships, the voices in their heads which drive them, and the times they’ve ignored red flags. I truly have never experienced anything like the cascade of intensely personal stories shared at a movie before.

TrunkSpace: “Buffy the Vampire Slayer” was a phenomenon and would be extremely difficult to replicate in any time period, but certainly today because audiences are more segmented than ever. When you first stepped foot onto that set, could you have ever envisioned you’d still be approached by fans eager to discuss the series 20 years later?
Landau: I did know that we were making something special. I knew Joss Whedon’s voice was exceptional and that Drusilla was a unique and complex role. The day I was cast, Sarah (Michelle Gellar) was on the cover of TV Guide for Buffy for the first time, so I felt that there was a bit of a ground swell starting to stir, but I had no idea about the impact and longevity. Also, when you are shooting, you kind of are in this little bubble of creativity. You are having your experience and what happens after it airs, is everyone else’s.

TrunkSpace: What has been the highlight of your career thus far?
Landau: I am very excited about everything happening now, both as an actress and as a director. Deverill and I are in the midst of working on another project called “The Undead Series.” Envision Jerry Seinfeld’s “Comedians In Cars Getting Coffee.” This is “Vampires In Coffins Getting Blood!” All of the people who worked with us on “A Place Among the Dead” came back to work with us again. We have 26 additional interviews including Willem Dafoe, Tim Burton, Nathan Fillion, and oh, I have to mention some of the comic book talents we have since you may want to know! They include Steve Niles (“30 Days of Night”), Marv Wolfman (“Tomb of Dracula,” “Blade”), Georges Jeanty (“Buffy the Vampire Slayer,” “Superman”) Also for “A Place Along the Dead” we use Mark McHaley’s artwork (“X-Files”) and our composer Monica Richards is married to Steve Niles. He actually plays some guitar in the score!

We’re in prelim talks with a few of the biggie distributors on these two projects. The interest and momentum is exciting, but what’s most important is meeting everyone to decide the right home for our babies!

TrunkSpace: Time machine question. If you could jump ahead 10 years and get a glimpse of what your career looks like a decade from now, would you take that journey? If not, why?
Landau: It ‘s funny cause we ask a similar question in a way to each of our interviewees in “The Undead Series.” We ask if they would choose eternal life if they could. The answers are compelling. Hmm… A time machine… No, I just want to be in the present, experiencing the journey as it unfolds. There’s enough to relish that way!

Season 5 of “Bosch” is available now on Amazon Prime!