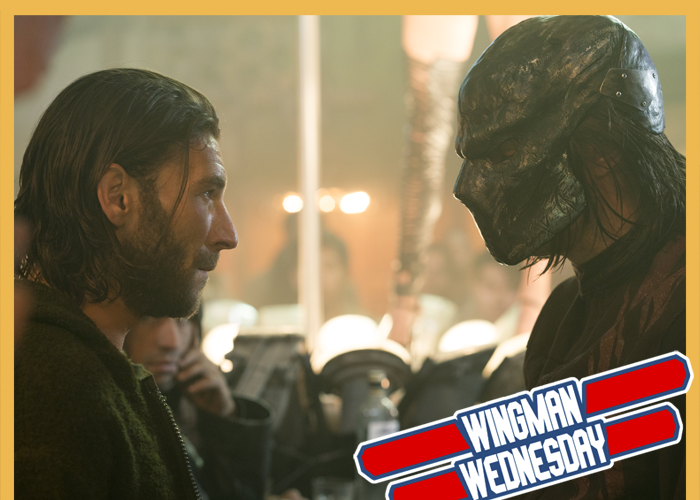 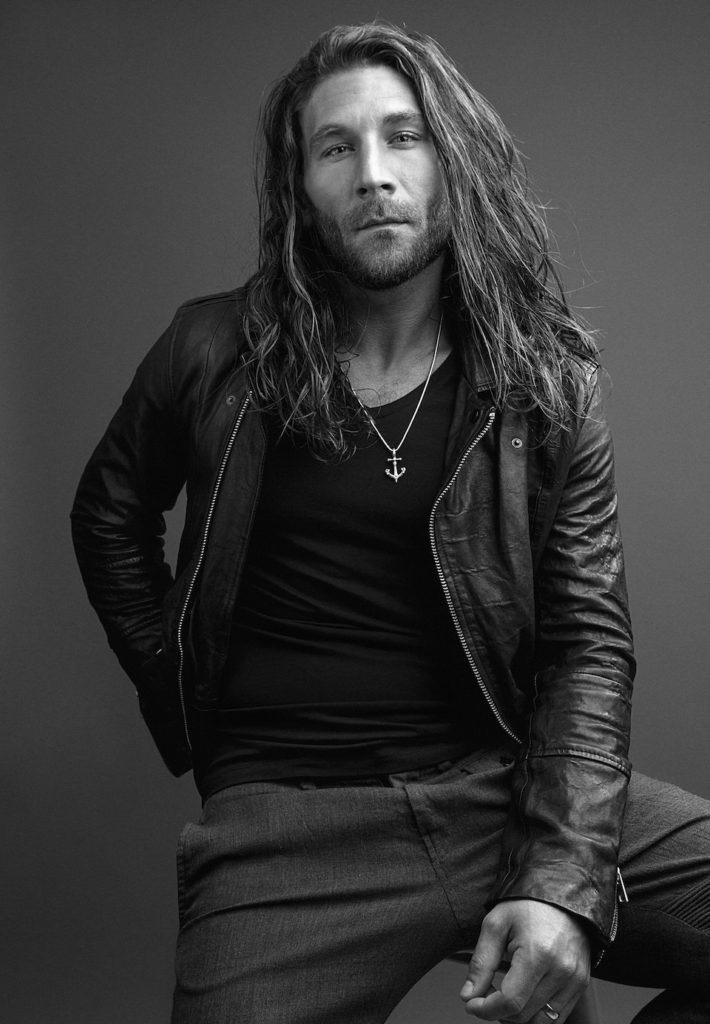 We’re celebrating the release of “Death Race: Beyond Anarchy” – available today on Blu-ray, DVD and On Demand – chatting with the individuals responsible for revving our blood-fueled engines. This time out we’re sitting down with star Zach McGowan to discuss the double-edged sword that is present when joining an existing franchise, the reason his inner 10-year-old was “losing his shit” every day on set, and why “The Walking Dead” fans better get used to seeing his face.

TrunkSpace: “Death Race” is a popular franchise with fans. As an actor, when you’re going into a new project, is it exciting knowing that there’s already a built-in audience for you on the other side?
McGowan: Always. You look at it both ways. You’re like, “Sweet! There’s already people who love these movies!” And then you’re also like, “Wow, I hope they embrace me.” That’s the double-edged sword of it. I hope I did the fans proud.

TrunkSpace: For those long-term fans who have been following the franchise since the ’70s, what are they going to dig most about this one in particular? What does it do best, in your opinion?
McGowan: Well, for the people who have been involved with the franchise since its inception, basically like me – I started watching them in the ’80s with my brothers, probably too early. (Laughter) When I was like a little, tiny kid, my brothers would play them, and I’d be like, totally desensitized. I think to those fans, I think they’re the ones who will embrace it the most.

That was the whole goal of it, was to make it in the vein of those older pictures. When I read the 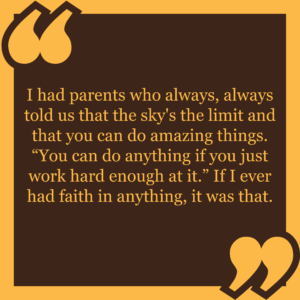 character I was like, “Oh, this is like Kurt Russell in ‘Escape from New York’ or something.” That was what I saw. Don (Michael Paul) explained to me that they were actually building the cars and they were going to do everything practical and not rely upon the visual effects and all that. That’s when I knew it was going to be awesome, or at least I hoped that it could be. I’ve seen it, and I think that really shines through, so I think the original fans will dig those elements of it.

TrunkSpace: It does seem like a love letter to the fans who have been with the franchise for years, but at the same time, it could just as easily serve as a jumping on point for newbies.
McGowan: Yeah. For sure. I think it holds true to the genre. If you watch it and you have no idea what “Death Race” is, you would still know. It’s accessible on different levels in that way.

TrunkSpace: We already talked about what the fans will dig, but what did you dig about the experience? What did you take from the production that you’ll carry with you?
McGowan: When I first got there, I think what initially just jumped out was, I got to see all the cars that had been built. Literally, while we were doing pre-production for this, while I was in fight camp, the Oscars were happening. This was in 2016 when we shot it. The Oscars were happening, and I was running on a treadmill in the middle of the night, and I was watching the Oscars. That year, obviously, “Mad Max” cleaned house at the Oscars. The original ones were like the Australian remake of the “Death Race” movies back then. It was one of these weird confluences when I was sitting there watching that all happening.

TrunkSpace: And like you said, it has to be wild showing up on set and seeing those cars, especially growing up watching the original. 10-year-old you must have been pysched!
McGowan: Oh yeah! 10-year-old me was just losing his shit all the time.

TrunkSpace: You’ve worked with Don before. Was that a coincidence or was there some sort of professional connection that you guys made that carried forward beyond just the one film?
McGowan: Well, we actually shot “Death Race” before “The Scorpion King.” I met Don on “Death Race.” Before I took it, I watched a bunch of his movies. His first movie is called “Harley Davidson and the Marlboro Man.” If you haven’t seen it, it’s just awesome. People should go back and check it out.

I was excited to just inhabit that world with him. Since then, we’ve done two movies together. I love Don. He’s got to be one of my favorite guys and, as I always said, he’s the smartest director in Hollywood because he cast me as the lead in his action film. (Laughter)

TrunkSpace: So going into “The Scorpion King,” with already having that comfort level of working together, you must have been able to just sort of hit the ground running?
McGowan: Yeah. In fact, actually on “The Scorpion King,” my schedule before it was pretty tight. Because of that, the fight training period had to be made smaller, because I was in the middle of shooting a period drama for USA at the time. But it was like we were ahead of things. We knew how each other worked, so it just all worked out. I look forward to making many films with him in the future.

TrunkSpace: Going back to 10-year-old Zach for a second… you grew up in New York City. If someone said back in the day, “Zach, eventually you’re going to be in one of these big franchises that you’re watching now as a kid.” Would you say they were crazy or was this always your path? Not necessarily this specific film, but acting in general?
McGowan: I decided early that this was something that I wanted to do for sure. As far as seeing myself now, I think 10-year-old me would be proud more than surprised. I had parents who always, always told us that the sky’s the limit and that you can do amazing things. “You can do anything if you just work hard enough at it.” If I ever had faith in anything, it was that. That hard work and dedication will lead to success in the end. I mean, the path’s not over, but I’m glad to have gotten as far as I’ve gotten thus far.

TrunkSpace: Finally, Zach, we know you can’t say much about it, but you’re due to join “The Walking Dead” this season. Just to tie it to “Death Race,” is your character Justin… is he in the same zone of badassery as Connor from “Death Race?”
McGowan: I think that every character’s different. Justin is definitely not the same guy as Connor, but does he do some badass things? I think anyone who’s lived to this point in “The Walking Dead,” who’s a human and is alive, has obviously been through quite a bit in order to have made it that far through the apocalypse. So, yeah, you get to see some stuff for sure. I got to have some fun on the show, and I hope you like it.