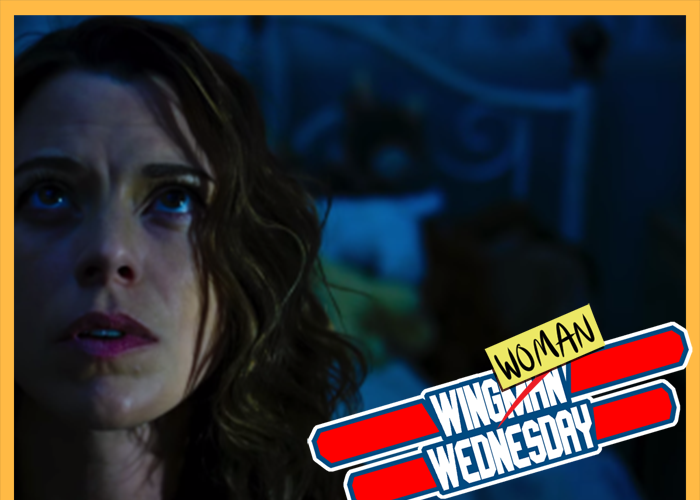 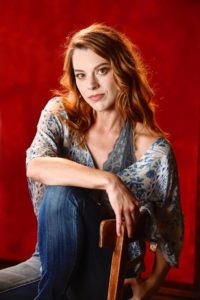 For actress Elizabeth Roberts, tapping into a character – understanding that person inside and out – goes beyond the page. In fact, a portion of that journey of discovery comes from playlists that she creates with a character’s particular musical tastes in mind.

“Next to the words on the page, nothing allows me to connect with a character like music,” she said in an exclusive interview with TrunkSpace.

We recently sat down with Roberts to discuss sharing the screen with a giant spider, discovering the hunger for horror, and why she considers herself a flower nerd.

TrunkSpace: Spider fears aside, did you have any fears – or self-doubt – about taking on the role of Kara in “Itsy Bitsy,” because there is a lot more going on with the film and the character than you’d generally find in your standard movie monster scarefest?
Roberts: I knew there would be challenges. I had never worked on a project that combined family drama and horror like “Itsy Bitsy” does. It was important to me to keep Kara grounded inside of a creature feature. And because Micah (Gallo) wanted to use practical effects, that added a choreography element to the performance. I have a background in movement and dance, but sharing the set with a giant spider was whole different ballgame.

TrunkSpace: There is also a lot of backstory going on with Kara, but not a lot that the audience sees. How much of that pre-journey did you build out to get an understanding of her and to be able to present it all on screen?
Roberts: Kara is a single parent trying to make ends meet. She also struggles with addiction, born out of loss, exhaustion and insecurity. I needed to approach her without judgment. I wanted to tap into that past, but never downplay her strength or her love for her children. I drew from friends and family through much conversation and observation. I was (am) in awe of what the mothers in my life are capable of on a daily basis. In awe of the sacrifices they have made and continue to make for their children to not just survive, but thrive.

Next to the words on the page, nothing allows me to connect with a character like music. I make playlists to help flesh out roles. Music is incredibly visceral for me. I chose music that reflected Kara’s core. I would often listen before shoots and in between scenes to help me focus.

TrunkSpace: As a performer, is there a bit of a leap of faith involved in taking on a project like “Itsy Bitsy” when you don’t necessarily know what the future will look like for it in terms of distribution? 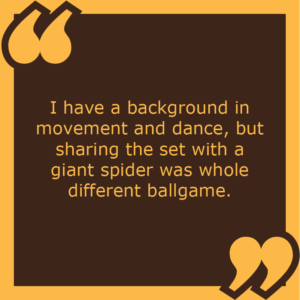 Roberts: Kara resonated with me immediately. I wanted to do the work, because I wanted to learn from her, and from the process. So much of what happens after you wrap is out of your control. You have to trust the director and production team. It was clear from the beginning that Micah cared deeply about this film, so seeing it being released across so many platforms is exciting but not surprising.

TrunkSpace: The early reviews of the film have been really great, talking about the psychological creep factor that floats above the spider scares. As buzz continues to build for the film, what are your hopes for it and what it could ultimately mean for your career moving forward?
Roberts: I hope that people enjoy the creep factor while resonating with the family drama.

This versatility means there is hopefully something for everyone. Micah and the writers were passionate about developing a strong female voice. My hope is that I continue to play women who are complex, vulnerable and fierce.

TrunkSpace: Horror always seems to have a bit of a built in audience in that fans of the genre are always willing to try out something new and more independently-focused. Is there appeal in working on a project like “Itsy Bitsy” knowing that there will be eyeballs waiting for it when all is said and done due to the appetite for horror as a whole?
Roberts: The built in audience is certainly a bonus, but honestly I wasn’t thinking about that element when I took the part. I’m learning more now about the genre and the hunger for these types of films. I’m grateful fans are excited to see “Itsy Bitsy.” It’s innovative and I’m proud of what we’ve done.

TrunkSpace: For the audience, the end result of a film or television series is always the most memorable, but for those working on the project it must go must deeper than that. What is something from your time on “Itsy Bitsy” that you’ll carry with you throughout your life/career?
Roberts: Working with Bruce (Davison) and Denise (Crosby) was a gift. They each have had such strong careers, not just because they are immensely talented, but because they continue to explore and show up to learn. I loved sharing scenes with each of them. They both give so much. A reminder that we are all perpetual students and that each project gives us an opportunity to grow our craft.

TrunkSpace: Obviously the film highlights a common fear people have, and that is, spiders. Break it down for us reality-wise. You’re in your house, you spot a spider, how do YOU deal with that 8-legged intruder?
Roberts: Well obviously, I panic immediately. But then I remember that we keep a “spider jar” in the house to rescue spiders and release them back outside. In fact, I just used the jar today! Although if it was something a bit more of the “Itsy Bitsy” variety, the “spider flamethrower” is in the closet. 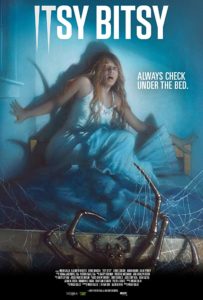 TrunkSpace: What does your absolute BEST best case scenario look like for your career? If you could line up all of the pieces perfectly, what would the future hold for you in terms of acting?
Roberts: Film has always had my heart, so it’s something I hope to be doing for many years to come. I adore seeing new parts of the country, meeting new communities and being able to really invest in a character for weeks at a time. If that trend continues, I will be thrilled. I feel like I’ve won the lottery every time I step on set.

At some point I would like to produce. Projects that promote positive social change really appeal to me. I feel it is important to look for ways to give back. Especially since I have been given so much.

TrunkSpace: On Twitter you refer to yourself as a flower nerd. We’ve got green thumbs here and burn off our stress in the garden all season long. What are some of your favorites to grow and why?
Roberts: Gardening creates a space for calm in my life. Succulents yield the most reward for me here in Los Angeles. I thought for so long that relegated me to cacti only, but holy kalanchoe there are so many succulents! I’m also a sucker for a colorful coleus! I have never had an orchid reblossom before last week, so things are looking up on that front. I took Latin in high school so I love to learn their Latin as well as colloquial names. Some day that is going to make me a trivia hero.

TrunkSpace: Time machine question. If you could jump ahead 10 years and get a glimpse of what your career looks like a decade from now, would you take that journey? If not, why?
Roberts: I don’t think I would. I don’t think I could live life organically knowing the exact future. And honestly, I believe in infinite possibilities. That gives me hope. It’s a lot more fun to be surprised along the way. So far so good!