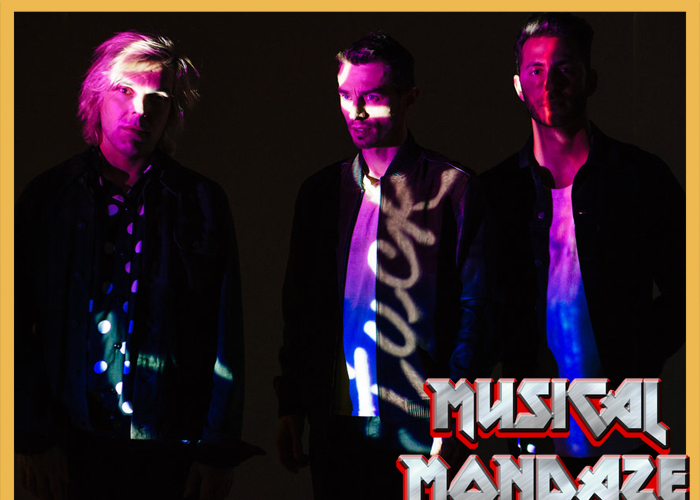 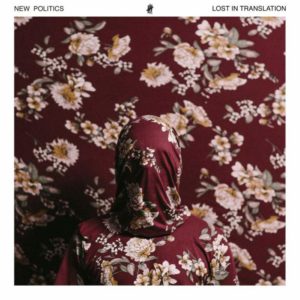 With four studio albums under their belts, including last year’s “Lost In Translation,” New Politics has amassed a passionate international fanbase through extensive touring and by dropping catchy singles like “Tonight You’re Perfect” and “Yeah, Yeah, Yeah.” Currently the chart-topping trio is in the final stretch of a US tour, partnering with Music Saves Lives to bring awareness to the ongoing need for bone marrow donors.

We recently sat down with drummer Louis Vecchio to discuss revisiting the band’s sweaty basement roots, being a collective voice for positivity, and why he’d have a difficult time imagining his musical career without his fellow New Politics bandmates.

TrunkSpace: You guys are currently on a tour that has (and will) take you to about two dozen cities. Do you enjoy hitting the highways and byways as much today as you did when you first started out? Is there still some magic to be found beneath the wheels of that bus?
Vecchio: The magic of touring and performing for our fans is something that the three of us enjoy tremendously and never gets old. The ultra magical thing about this current tour is we are going to parts of the country we haven’t played in years. We decided to book exclusively clubs and small theaters in these markets, to re-create the sweaty basement show vibe our fans enjoyed when we first started.

TrunkSpace: As part of the tour, the band has partnered with Music Saves Lives to bring awareness to the ongoing need for bone marrow donors. Why was it important for you guys to make the tour about more than just the music?
Vecchio: Yeah, we’re super excited to be working with them again! They are a wonderful organization and have helped so many people in need – it’s incredible, really. Honestly, the music is a vessel and we consider ourselves three lucky passengers. If nothing else, it gives us the opportunity to do good and bring awareness to a great cause.

TrunkSpace: Do you feel it is important for artists to use their platforms as a way to connect fans to causes and ways of thinking that are perhaps outside of their social/community circles? As a band with a large following, do you have a megaphone that plays more than just New Politics music? 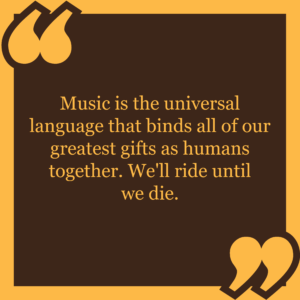 Vecchio: Yes, we think it’s very important – any positive and informative voice is great. Having that platform comes with a huge responsibility and we are always up for it, and we are grateful to be in a position to do so.

TrunkSpace: You guys have experienced a lot together as New Politics. After everything you’ve been through… and the point of view changes that come with age… do you see the band differently now than you did when it first came together? Does it serve a differently purpose in 2018 than it did in 2009?
Vecchio: That’s a great question, and the resounding answer is YES. Ultimately, as a band, as artists, and an entity, New Politics to us will always serve the same purpose – to make great music, connect with people and hopefully pay off our mortgages. Of course, as we’ve gotten older, life becomes more complicated, more challenging, but ultimately, exponentially more rewarding, in so many ways… but the core of New Politics, the music and the fans, will never change.

TrunkSpace: What has been the highlight of your musical career thus far – the moment that you will carry with you through the rest of your life?
Vecchio: Every single day we get to do this for a living is a highlight. Certainly there have been select moments in our career where we all had to pinch ourselves. Our performance on Jimmy Fallon was a huge milestone. Touring Japan and Russia where big moments too. Again, being able to do what we truly love for a living is something I still think we haven’t gotten over and probably never will.

TrunkSpace: What do you get writing and performing within a band, and this band in particular, that you can’t access from a solo mindset? What are the benefits for you personally in having a group of people fighting the fight alongside of you?
Vecchio: David, Søren and I are basically a family, complete with its share of peaks and valleys. That familial vibe plays heavily in the writing, recording and touring process equally – maybe even a bit more when it comes to touring since we have to share what is really a two bedroom apartment on wheels. But it would be hard to imagine most aspects of our career without one another, and that makes it all that much more inspiring.

TrunkSpace: As the band has become more popular and the music has continued to spread to new ears, has that impacted the songwriting process at all? Does it become more difficult writing and tracking new material when you know there are people who will gobble it up instantly? As humans, we’re all capable of second-guessing ourselves, and does that ever creep into the creative?
Vecchio: Not so much in terms of songwriting, since as individuals with our own experiences and perspectives, we will always continue to write what is meaningful to us based on our place in the world in which we live. However, there will always be that element second guessing ourselves. That’s just part of the process, the challenge of writing and knowing people are going to grab onto what we do, so we try and harness that emotional juxtaposition and change it into inspiration. 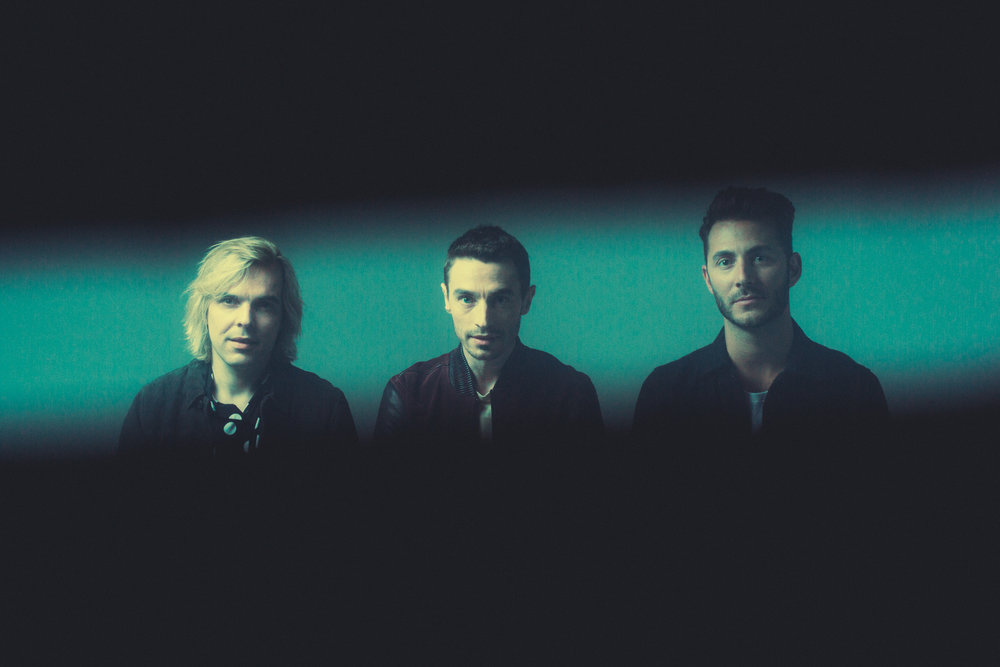 TrunkSpace: Can you envision a day when music is not a part of your life? If the band and the fans all went away tomorrow, would you still be working on new material for yourself alone?
Vecchio: Unimaginable. Music is the universal language that binds all of our greatest gifts as humans together. We’ll ride until we die.

TrunkSpace: Outside of another artist, was there someone in your life who inspired or supported your creative endeavors that you feel was important to you getting where you are today with your music?
Vecchio: I speak for all of us when I say our families and everyone who has every supported us as people and as a band.

TrunkSpace: The band released “Lost In Translation” about a year ago. Do New Politics albums become a bit like chapters of your life? Does it become, “These were my ‘Lost In Translation’ years and those were my ‘A Bad Girl in Harlem’ years”?
Vecchio: Definitely, our influences change as our lives change. Harlem was written when all we had was a dream and each other. David and Søren being from Denmark, lots of the early records were significantly influenced by the “cultural shock” the two of them experienced by moving not only to the United States, but to New York City. Thousands of miles, shows, fans and hours and four albums into it, we are fond of where we came from but also very excited about where we are going.

The remaining New Politics tour dates can be found here.

Their latest album, “Lost in Translation” is available now.